Home /China, Culture and Society, Women/The dangers of being a bridesmaid in China mean some brides now hire professionals 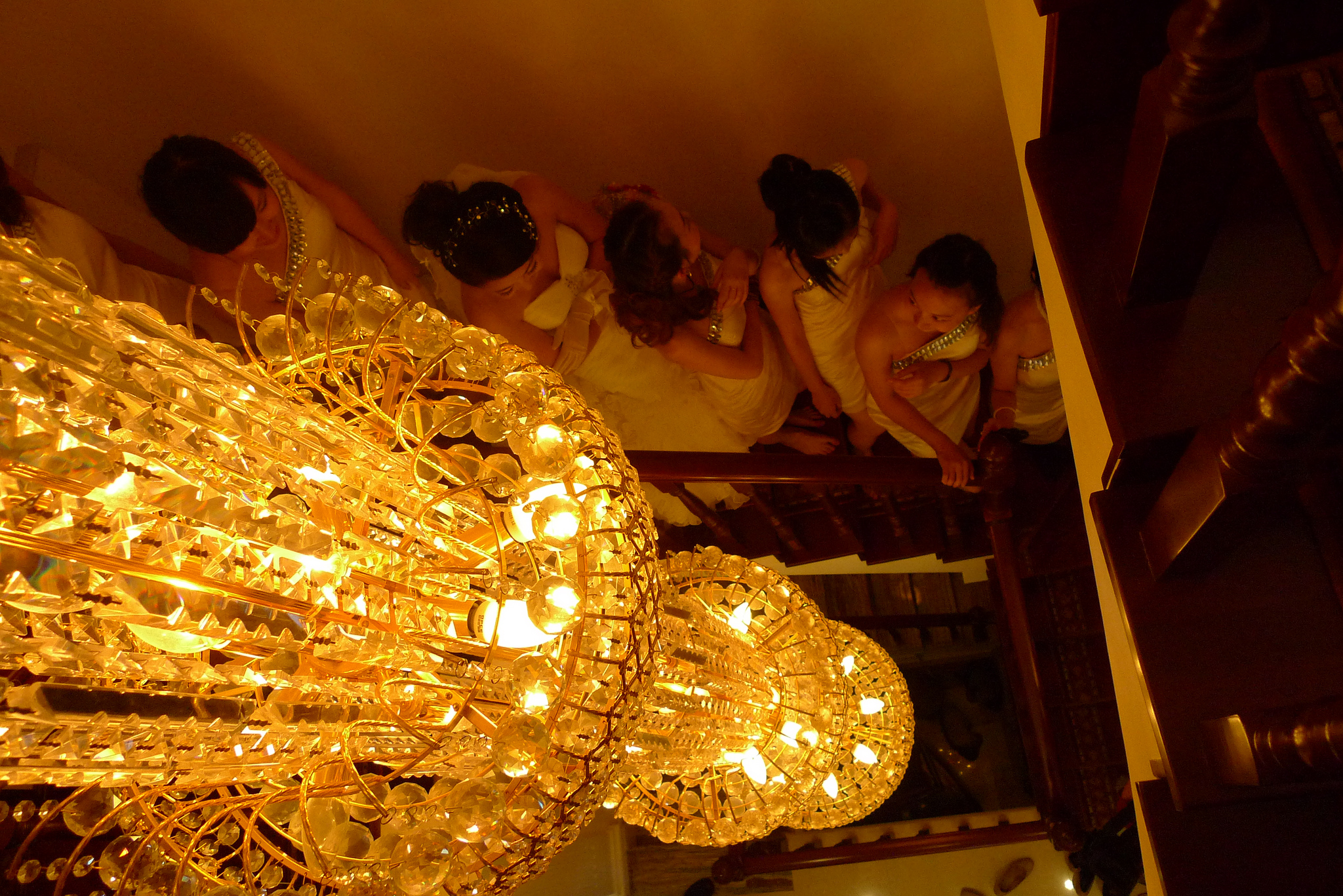 Concern over traditional wedding practices in China being pushed too far has reached new heights following the death of a bridesmaid in Wenchang, Hainan province in September. It was reported that the 28-year-old was pressured into drinking an excessive amount of alcohol on behalf of the bride.

This is far from an isolated instance. From the grassroots to renowned celebrities, Chinese bridesmaids are also vulnerable to verbal harassment, and physical and sexual abuse. Video footage went viral on the Chinese internet showing groomsmen attempting to dump Liu Yan, a famous Chinese actress, into a swimming pool when she was a bridesmaid at her friend’s wedding.

In contemporary China, a typical wedding celebration includes the get together of families, friends, colleagues and acquaintances, a luxurious motorcade, and a bounteous banquet to be followed by bedroom stunts that are infused with sexual and reproductive innuendos. Bridesmaids play a key role throughout the whole process, from greeting guests at the wedding venue and posing for photo ops, to drinking wine on behalf of the bride and guarding the boudoir.

Bridesmaid traditions have a long history in China. In the feudal era centuries ago, when the female womb was seen as a precious resource for the production of an heir, brides were susceptible to kidnapping at weddings by rival clans and hooligans. Shouldering the responsibility to protect the bride, bridesmaids were dressed up like the bride to lower the risk that she might be identified and robbed. As legal protections for marriage were established, this was no longer necessary and the role of bridesmaid took a more symbolic turn.

Weddings today have become a social display during which Chinese newlyweds receive recognition and blessings from acquaintances and families. But like the procession of a luxurious and high-profile wedding motorcade, a bridesmaid is often objectified as part of the wedding display. The physical beauty and number of bridesmaids are often seen as a sign of the power and “face” of the families involved in the marriage.

Yet part of the protective function that bridesmaids used to have remains. They are expected to fend off drinking requests and in a lot of cases drink Chinese rice wine on behalf of the bride. It is a widespread tradition that the newlyweds should toast bottoms up to every wedding guest on an individual basis – meaning that the bridesmaid often ends up drinking on behalf of the bride and over-consuming alcohol. In fulfilling their obligation, some of them suffer from alcohol poisoning or even risk death.

As bridesmaids also act as the last symbolic “hurdle” before the groom can enter the bridal room, the groom and groomsmen can pull off stunts laced with sexual innuendo. In more civilised cases, such stunts could involve the presentation of gifts such as peanuts (hua sheng), which share an identical pronunciation with “giving birth” (sheng) in Chinese. It could also involve licking a banana in public.

In many cases, however, the stunts can go far beyond the mere symbolic. Although sex remains a taboo in the public sphere for most Chinese people, wedding occasions seem to legitimise the explicit expression of sexual desire for some men, which can result in sexual harassment and abuse in some instances. This is exacerbated by the excessive consumption of alcohol by both bridesmaids and groomsmen.

In many cases, bridesmaids are unwillingly involved in sexual stuntsdesigned for the newlyweds. In extreme cases, some are stripped of their clothes and molested, or attacked.

There are, however, considerable regional variations in the way bridesmaids are treated. Most reports of alcohol poisoning, sexual harassment and abuse of bridesmaids are concentrated in rural areas and provinces such as Shandong and Hainan where traditional gender norms hold sway. In urban environments and provinces such as Sichuan and Shanghai, where more liberal gender norms are endorsed, stunts are sometimes played on the groomsmen instead of bridesmaids.

Those mistreating bridesmaids, if reported to the police, are subject to serious legal prosecutions in China. But women coming from more traditional backgrounds and in some parts of China are less likely than others to reveal their traumatic experiences, because of the differing levels of women’s empowerment across the country.

Fearing for their reputation and their prospect of being able to marry a man who places an emphasis on female “purity” and virginity, victims may choose to remain silent. This makes it difficult to estimate how widespread instances of sexual assault at weddings are.

Against this backdrop it has become a huge ask to invite someone to be a bridesmaid, while many would only agree to act as one reluctantly. Consequently, brides are hiring professional bridesmaids.

Professional bridesmaids have become a routine option for wedding packages, currently offered by more than 50 wedding planning firms in China. A professional bridesmaid would be required to act as the make-up artist, to drink alcohol and fend off rude guests on behalf of the bride, among many other tasks. They are required to perform what the sociologist Arlie Hochschild termed “emotional labour”: fake smiles, engineering a joyous atmosphere, and taking part in traditional stunts that are otherwise considered too vulgar for many.

Professionalisation may provide a quick fix for the bride to outsource and offload the hit to a paid bridesmaid. But without proper legal and regulatory provision, the professionalisation of bridesmaids may do little to challenge the chauvinistic wedding traditions in some Chinese regions. On the contrary, it may even reinforce the idea that the female body can be an objectified commodity for sale.

Yang Hu (yang.hu@lancaster.ac.uk) is a Lecturer in the Department of Sociology at Lancaster University, UK. He tweets @dr_yanghu. He is the author of the book Chinese–British Intermarriage—Disentangling Gender and Ethnicity (2016). This article was first published on The Conversation and can be found here. Image credit: CC by Jing/Flickr.

A Further Note on Taiwan-UK Relations
Looking Back to Look Ahead: National Identity at the 2008 Beijing Oympics