Looking Back to Look Ahead: National Identity at the 2008 Beijing Oympics

Home /China, China-US, Culture and Society, Soft Power/Looking Back to Look Ahead: National Identity at the 2008 Beijing Oympics 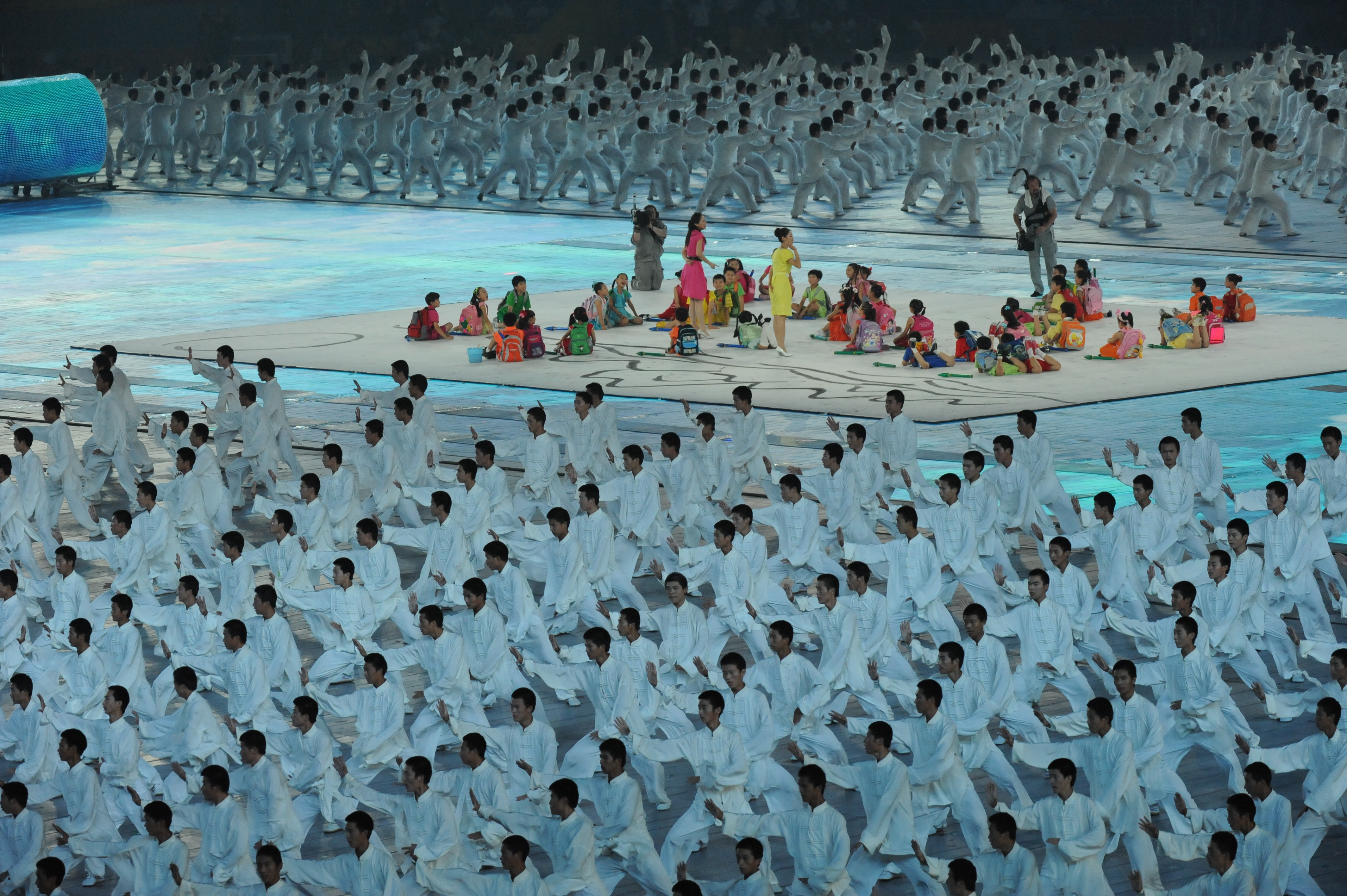 Modern Olympic games are about much more than sports. They are opportunities for host nations to present narratives about their culture, history, and place in the world to an unprecedentedly large audience. The main vehicle has been the opening ceremony, and we can expect “Korean-ness” to be on full display when the games begin shortly in Pyeongchang, South Korea. For some perspective on what is about to unfold, one need look back only to the Opening Ceremony of the 2008 Beijing Summer Olympics, arguably the most spectacular statement in recent years of the Olympics as a venue for national identity construction.

But the identity actually was on display in Beijing was very much contested. For everyone except the people watching in the stands, the narratives of history, culture, and national ambition that unfolded on the floor of the Bird’s Nest stadium came by way of media presentations. In Beijing, there was one Opening Ceremony and multiple mediated representations of the event by broadcasters around the world. Arguably two of the most consequential broadcast presentations were those from the United States, the world’s dominant superpower, and from China, the world’s major rising power.

What follows is a brief examination of the contending narratives about China that emerged from the presentation of the Opening Ceremony in Beijing from U.S. broadcaster NBC and China Central Television. For NBC, ambivalence tinged with fear marked the integration of China into the global capitalist structure. For CCTV, China was a peace-loving, friendly and non-threatening nation that had shaken off a century of humiliation from western powers and achieved full parity. NBC depicted China as a nation where individuality (i.e. capitalist values) were bursting forth and erased the role of the Chinese Communist Party. CCTV constructed a profile of the Chinese people that emphasised collectivity, buried individuality, and made it crystal clear that the Party was the reason for China’s stunning success.

The Opening Ceremony took place on August 8, 2008 inside a stadium that was constructed specially for the Games. It consisted of a series of performance vignettes, featured a cast of thousands, and depicted scenes from China’s past, present and future. Among the historical highlights: a countdown and subsequent performance by 2,008 male drummers beating on replicas of ancient fou drums, scenes illustrating Confucian scholarship, Chinese ink brush painting, the invention of moveable type printing, land and sea “silk” roads, China’s voyages of discovery in the fifteenth century, and Chinese traditional music and opera. A contemporary portion included a modernist performance of the Chinese martial art taijiquan. The climax came after the Olympic teams entered the stadium when China’s famed former Olympian Li Ning took the Olympic Torch on its final laps, eventually lighting the Olympic Flame high above the stadium in a finale that had all the earmarks of a high-tech acrobatic act.

The CCTV and NBC presentations of the opening drum scene illustrate the clashing narratives about China. The CCTV commentator explained that the drummers were welcoming the world to an open and friendly China. NBC commentators Matt Lauer and Bob Costas, however, expressed apprehension about the masses of regimented Chinese men beating in unison on the drums. Costas spoke of the “almost fierce precision” of the drummers, and Lauer commented that the drummers had been told to smile more during rehearsals. Costas replied: “And that takes the edge off of it.” After a long pause, Lauer uttered a single word: “Some,” as if to indicate the “edge” was still very much present. Chinese people working in lockstep (substitute factory workers) presented something of a threat to the western order.

The NBC commentators showcased Chinese individuality, repeatedly giving director Zhang Yimou full credit for the stunningly successful event and erasing the role of the Chinese Communist Party. At one point, Lauer noted that large, hi-tech video screens encircled the top of the Olympic stadium. “This really leads us to believe that Zhang Yimou came up with an artistic dream and then said to the people here, now build me a stadium that can accommodate it.  It’s a stunning image,” he said.

CCTV, by contract, did not mention Zhang’s name even once in its commentary, but it did use visual imagery to project the notion that the Party was the guiding force behind China’s Olympic dream. When China’s 15 state leaders, headed by President Hu Jintao, walked to their seats in the stadium, CCTV showed shots of the procession and enumerated the names of each one. During the playing of the Chinese national anthem and the raising of the Chinese flag, CCTV cut between shots of the flag and President Hu, cementing on the notion that state and Party were one. For its part, NBC showed only the occasional brief shot of various leaders – Hu, George W. Bush, and Vladimir Putin – watching the ceremony, with none of the signification of the CCTV images.

For NBC, the Opening Ceremony depicted a China that was lighting up and coming alive (read: becoming integrated into the global capitalist order) following the terrible destruction of the Mao years. During a scene in which Chinese dancers “painted” with their gloved hands on a large LED screen on the stadium floor, NBC’s expert commentator Joshua Cooper Ramo declared that the dancers were expressing the wish to create “new images and maybe to replace images that the Chinese themselves in many cases are eager to leave behind.” In NBC’s commentary, China’s past glories, such as Admiral Zheng He’s fifteenth century voyages of discovery were isolated, Orientalized snapshots of an exotic and quaint past.

For CCTV, however, the historical China was open and engaged in the world, just as the emerging China intended to be. Foreshadowing the current “belt and road” initiative, the China of the past created two silk roads – one by land and one by sea. China as a civilization was making a breathtaking and unproblematic transformation from a glorious tradition to a modernity of limitless possibilities. In CCTV’s commentary, the Opening Ceremony moved from tradition to modernity in Hegelian fashion, from origins in an ancient but vigorous culture to an ever progressing technological society heading for bountiful fullness and literally reaching for the stars in the form of space exploration. Contradictions between traditional and modern ways were absent. The past flowed easily into and informs the present.

Dr. Schiffman is an assistant professor in the Department of Communication at Georgia College & State University in Milledgeville, Georgia, U.S.A. His research interests include media history and mediated construction of culture. A more extensive article on this subject is available in the April 2017 edition of China Media Research and on the authors Academic.edu page. Image Credit: CC by U.S. Army/Flickr.

The dangers of being a bridesmaid in China mean some brides now hire professionals
Can China save face on the slopes and join the alpine aristocracy?