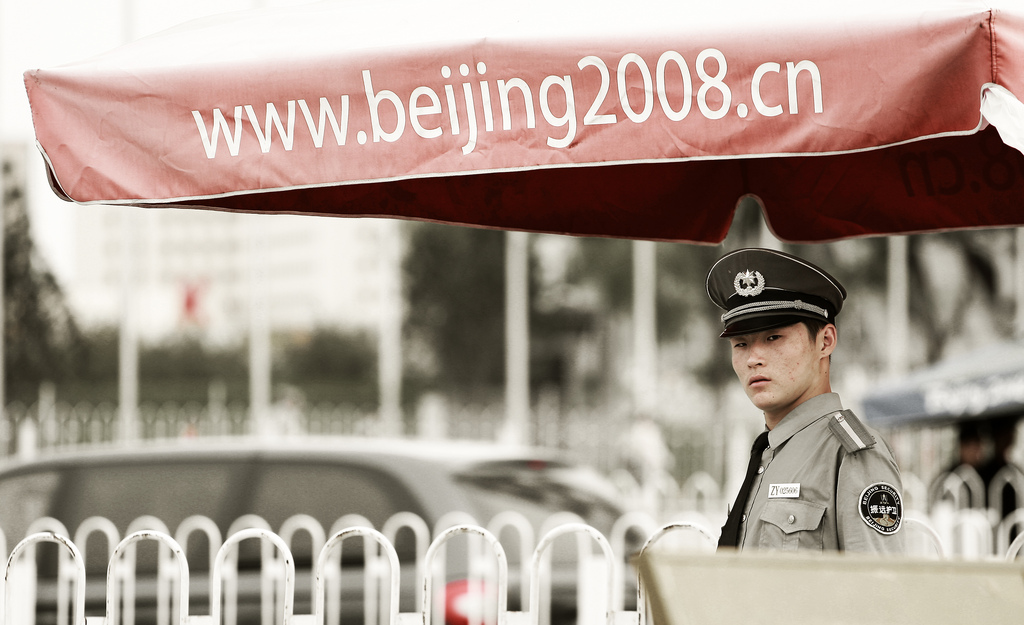 Beijing hosted a breathtakingly successful 2008 summer Olympic Games and will soon host 2022 Winter Olympic Games. The Chinese since the late nineteenth century have linked sports with the establishment of a modern national identity and China’s internationalisation. For the last one hundred years, Chinese interest in Western sports has been largely motivated by their collective desire to save the nation, to rid China of the “sick man of East Asia” label, and to make China strong and powerful. Even given these shared goals, however, differences can be detected in the approaches of the late Qing dynasty, the Nationalist regime, and the People’s Republic of China (PRC).

Between 1895 and 1912 when China was still under Qing rule, foreigners were allowed to play a crucial role in the introduction and development of modern sports. In the period between 1912 and 1928, when China experienced critical political transitions from an imperial system to republicanism, from the warlord era to the founding of the Chiang Kai-shek Nationalist regime, two changes emerged. First, the leadership role within modern sports shifted from foreigners to Chinese elites with the rising tide of nationalism in the 1920s. Second, sports became a coherent part of China’s nation-building program and national policy. From 1928 to 1945, modern sports were debated and discussed largely in the framework of Chinese national salvation and the war effort against the Japanese. With the Communist rise to power in 1949, two political entities claimed to be the legitimate government of China, and so membership in international sports federations such as the International Olympic Committee (IOC) became major battlefields on which Beijing and Taiwan fought for their rights to represent China and so claim international legitimacy from the early 1950s and early 1980s.

For the PRC, perhaps more than for previous regimes, sports emerged as an important political tool, both domestically and internationally. This was especially true in the Maoist era, from the 1950s to the 1970s. From the late 1970s, after Deng Xiaoping initiated the so-called “Reform and Opening” policies, sports were deployed as a vehicle for China’s return to the international community as a respected member and symbol of the new China. Sports in the Maoist era and in post-Mao China were consistent in the sense that in both periods they were, and remain an elite domain, financed and controlled by the state.

Under Mao, the regime was interested in using elite athlete activities to score political points in international politics, even if it meant intentionally throwing a game. In the post-Mao era, China has been obsessed with winning gold medals in major international competitions to demonstrate China’s new power status. If in Mao’s time Chinese athletes deliberately lost to opponents to win friendship and score political points under the guiding principle “friendship first, competition second,” post-Mao China has cultivated a striking “championship mentality,” and winning has become its sole motivation. With its total devotion to winning gold medals and the regime’s mobilisation of national resources for achieve that goal, China has emerged as major sports powerhouse, in terms of Olympic gold as an important indication of that power.

If China’s pursuit of the gold clearly coincides with the nation’s journey toward internationalisation and achieving a new status in the world, the state-driven championship mentality still reflects a combination of Chinese can-do confidence and the country’s lingering inferiority complex. A nation that obsesses over gold medals is not a self-confident nation. A government that needs gold medals to bolster nationalist sentiment and its domestic legitimacy is not a confident government. A people who cannot gracefully accept losses in sports is not a confident people.

Beijing has used its so-called gold medal strategy to demonstrate China’s rise in power and wealth, but the political system the Communist Party has tried to legitimise through sports and other means cannot produce a healthy and strong nation when its citizens have been forced to give up their independent will power and even personal dignity. A dictatorship that keeps its citizens mentally weak and living without dignity cannot create a truly strong nation. The communist one-party dictatorship might want a strong body for its citizens but it has discouraged the healthy development of its people’s mental independence and free thinking. A healthy and strong nation requires both strong bodies and free and health minds among its citizens. Since its founding, Communist China has been a giant propaganda machine, through which everything is examined and controlled. Independent thinking and political initiative from citizens have systematically been undermined by the party. After all, today’s China is still not a true nation-state; instead, it is a party-state. The Communist Party’s interest comes above national interest. The existence of the party-state in China explains why it is not in the Party’s interest for China to have well-informed Independent-thinking citizens. Whether the Communist regime’s ultimate goal is to build a strong nation or simply use the idea of a strong nation as a means to keep the party in power is at this point hard to say.

Today’s China has become an ever more impatient society. Chinese want to get rich quickly, they want to be powerful soon, and nowhere can this impatience be seen as plainly as in their attitude toward sports. Chinese president Xi Jinping even directly linked his Chinese Dream with his obsession with Chinese football greatness. He wanted China to become a football great power in 2050 when China becomes a superpower at the same time. Here, there is great hope for China, but perhaps also an element of danger. Five years after completing his book Olympic Memoirs, Coubertin began the final chapter of his memoirs, which he carefully entitled “La symphonie inachevée” (The unfinished symphony). This piece would remain unfinished and unpublished. If we can term the history of sports in China’s global destiny a kind of symphony, then the most important movements have yet to be written.