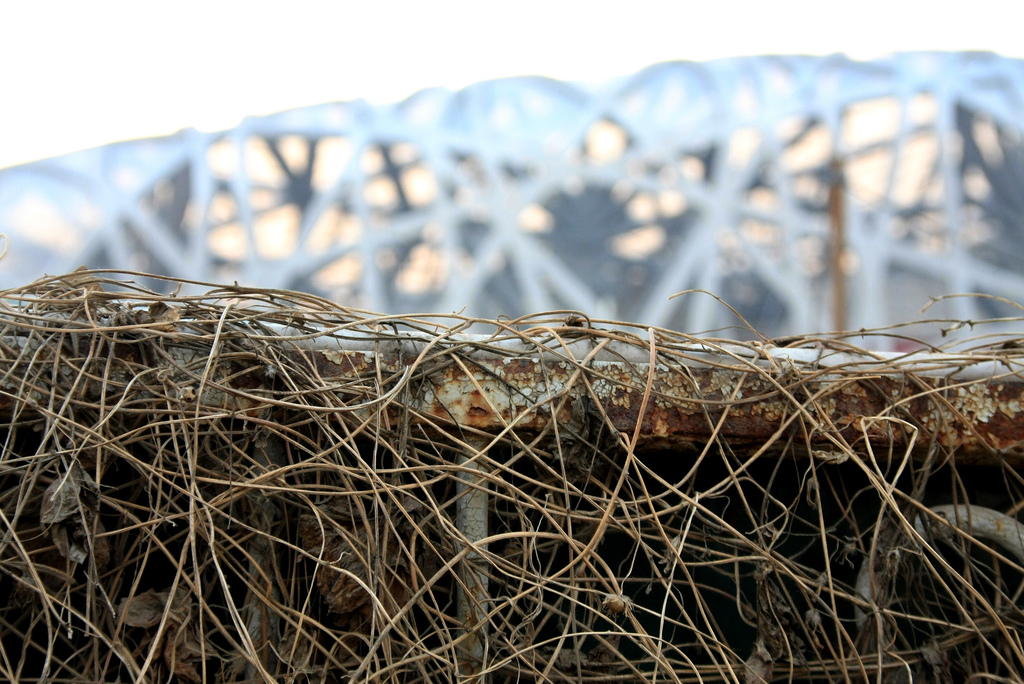 Beijing 2008 provides a fascinating incursion into the realm of Olympic-driven social image construction. For Beijing Olympic organisers and China’s national leaders alike, the Olympics were a great opportunity for popular acculturation into global cosmopolitan society. The momentum and civic pride attached to hosting the 29th Summer Olympic Games helped hasten the pursuit of a civilisation campaign initiated in the 1990s that sought to turn Beijing residents into disciplined representatives of twenty-first-century China. These campaigns were marked by a self-conscious desire to upgrade China’s world image, which had become a major concern in the face of growing interaction with the international community. Preparations to host the Olympics thus included a series of social engineering programmes, which sought to show the world that China has not only developed economically, but socially and culturally as well.

The main approach used in the pre-Olympic metamorphosis of Beijing residents relied upon the use of mass persuasion techniques and discursive strategies to incite pliant cooperation, drawing upon nationalism, patriotism, self-sacrifice, and voluntarism as means of enticement. To maximise their effectiveness as both image construction strategies and means of social control, reforms had to be achieved through wilful participation rather than through more coercive means.

In the years leading to the games, the Beijing population was relentlessly bombarded with public interest messages, using media saturation as a tool of mass communication and indoctrination. Messages and slogans were seen and heard on billboards throughout the city, at bus stops, in classrooms, public offices, in the print media, on television and on the internet, which were infused with a mix of political and moral discourse, encouraging self-reform and civic pride. A series of handbooks and pamphlets on etiquette, civility and sports ethics, were also freely distributed throughout the city.

Olympic propaganda was infused with nationalist rhetoric, to the point that the nation and the Games formed an indivisible whole in the collective imagination and that serving one meant serving the other. Citizens were exhorted to help China rise to greatness by changing their demeanour and improving their manners with complete devotion. Embracing the Olympics became more than a civic duty, but a patriotic gesture and a contribution to the advancement of the motherland. By extension, non-compliance to social reforms became anti-patriotic, and people were rewarded for reporting violations and denouncing uncivilised behaviour. This propaganda campaign engendered unabated devotion to the Olympic cause, which meant that any sacrifice, no matter the social, cultural, economic or ecological costs, became justified. Its success was also measured in the mutual policing that allowed a vast panoptic surveillance apparatus to function with minimal state involvement.

If much of the civilising process rested upon propaganda and discourse, it was through active participation in state-sponsored activities that both the body and mind of the population would be transformed, and state-sanctioned norms of behaviour internalised. The way people spoke, dressed, stood in line, cheered at events and carried themselves in public were all considered important measures of Olympic success. Anti-social behaviours such as spitting, queue jumping, jaywalking, hawking, swearing, and smoking were specifically targeted. Focusing on manners, personal hygiene, civility, morality, sports ethics, and respect for law and order, slogans, posters and television messages instructed citizens on the correct use of public toilets, urged them to speak proper mandarin, to learn English, to smile more, and to keep their shirts on in the summer.

In Beijing, embracing the Games therefore became an embodied engagement to embrace Olympic civilisation ideals on a daily basis. People were urged to participate in the continuous flow of Olympic education activities that relentlessly punctuated the years leading to the Olympics. They also drew upon people’s competitive spirit, in televised quiz shows on Olympic knowledge, popular etiquette contests, in English language competitions and other challenges held in schools, universities, and neighbourhoods. A main area of concern was sport etiquette and sportsmanship. After local fans had displayed anti-social behaviour against foreign teams at several international competitions, efforts were focused on keeping overly nationalist partisanship in check. Strict instructions about proper cheering behaviour and appropriate hand gestures were issued.

The most effective way to encourage proper behaviour was mimetic. Much of the Olympic civilisation program rested upon the production of idealised citizens, elevated as social models to be emulated. Olympic propaganda profusely called upon movie stars like Jacky Chan and Andy Lau, and sport personalities like hurdler Liu Xiang and basketball icon Yao Ming, to personify the ideals of Olympic civilisation. Erected as national heroes and icons of civility, they were ubiquitous in Olympic propaganda, both as proud bearers of the Olympic brand and as social models of virtue. Olympic volunteers also served as social models in Olympic propaganda, and dominated Beijing’s pre-Olympic landscape. Images of these ordinary heroes, idealised for their ethics, hard work, and desire to pride the nation were used to inspire citizens by their loyalty and dedication to the motherland. If the civilising process helped constitute the ideal socialist citizen as an iconic model of civilisation, those who failed to comply with this ideal were denied representation as valued members of Chinese society.

Absent from Olympic propaganda were Beijing’s mass of rural migrant workers, who were the main target of this civilisation campaign, and were discursively constructed as a threat to China’s image of civilised modernity. Their crude manners, coarse language, and unhygienic habits—often the result of their own destitution, lack of education and exploitation—were taken as proof of their need for reform. The 3 and 5 million migrant workers in Beijing in the years before the Olympics, were routinely accused of tarnishing the city’s image, blamed for the capital’s city’s deteriorating civilisation level and portrayed in the media as the perpetrators of most violent crimes. As a result, countless migrant workers were expelled from the city for the duration of the Olympics.

A last focus of Beijing’s Olympic civilisation programme was public order and security. The notion that the Olympics could make the city an ideal target for international terrorists in search of maximum visibility, combined with exaggerated reports about internal security threats, especially from insurgent groups such as the Falun Gong, Tibetan activists and Uyghur separatists, justified a massive security operation. With a budget of over 2 billion US$, double Athens 2004’s security spending, Beijing mobilised a 150,000-strong anti-terrorism force that included commandos and other military units equipped with surface-to-air missiles, cutting edge helicopters and military aircrafts. Over 80,000 policemen, security agents and other peacekeepers provided added security and surveillance.

Security also served as a code word for social beautification initiatives, meant to ensure that undesirable social elements would not ruin image construction efforts. Citizens were subjected to heightened scrutiny, with the use of over 300,000 surveillance cameras. Sophisticated, innovative surveillance technology enabled the government to keep tabs on private electronic devices, allowing the surveillance apparatus to reach into the privacy of people’s home. Mobile phones and the internet, which are often portrayed as instruments of liberation in post-Mao China, were thus turned into instruments of control. They also became instruments of civilisation, as mass SMS messages were routinely sent to Beijing residents to remind them to adopt a civilised demeanour.

Local residents who did not fit the image of the civilised Beijing citizen were also carefully hidden from view. For the duration of Olympic events, Beijing became a closed city, protected by a series of filtering systems that controlled access to its urban fortress. To preserve the image of a city unburdened by poverty, Chinese authorities began enforcing residence permit (hukou) regulations, after having turned a blind eye on illegal residents for many years. Migrants were subjected to diverse forms of harassment, including mass identification checks, confiscating the tools of their trade, and the destruction of illegal schools and homes. Those found without Beijing residence permits were fined, forcibly expelled from the city or sent to detention centres and re-education work camps. Police sweeps picked up beggars, street children, the homeless and other conspicuous indigents at train stations, pedestrian underpasses, railway bridges, and other hideouts, to be placed in relief centres on the city’s outskirts, or in custody and repatriation camps, before being exiled back to their hometown.

The criminalisation of informal activities, with the banning of unlicensed taxis, sidewalk vending, peddling and hawking, furthered the victimisation of migrant citizens, rendered “illegal” in the name of order and security. In spite of their great contribution to Olympic image construction, through their labour as construction workers, street sweepers, or garbage collectors, most migrants were barred from active participation in the Olympic celebrations, even as simple bystanders. Innumerable informal businesses were closed, and for the duration of the event, the contribution of these workers to the city’s economy was made blatantly visible by their absence.

This article is based on a longer piece: Broudehoux, Anne-Marie (2012), ‘Civilizing Beijing : Social beautification, civility, and citizenship at the 2008 Olympics’ in Graeme Hayes and John Karamichas (eds), The Olympics, Mega-events and Civil Societies: Globalization, Environment, Resistance. London: Palgrave Macmillan.

Anne-Marie Broudehoux is a professor at the University of Quebec in Montreal, School of Design. Image Credit: CC by Keso S/Flickr.