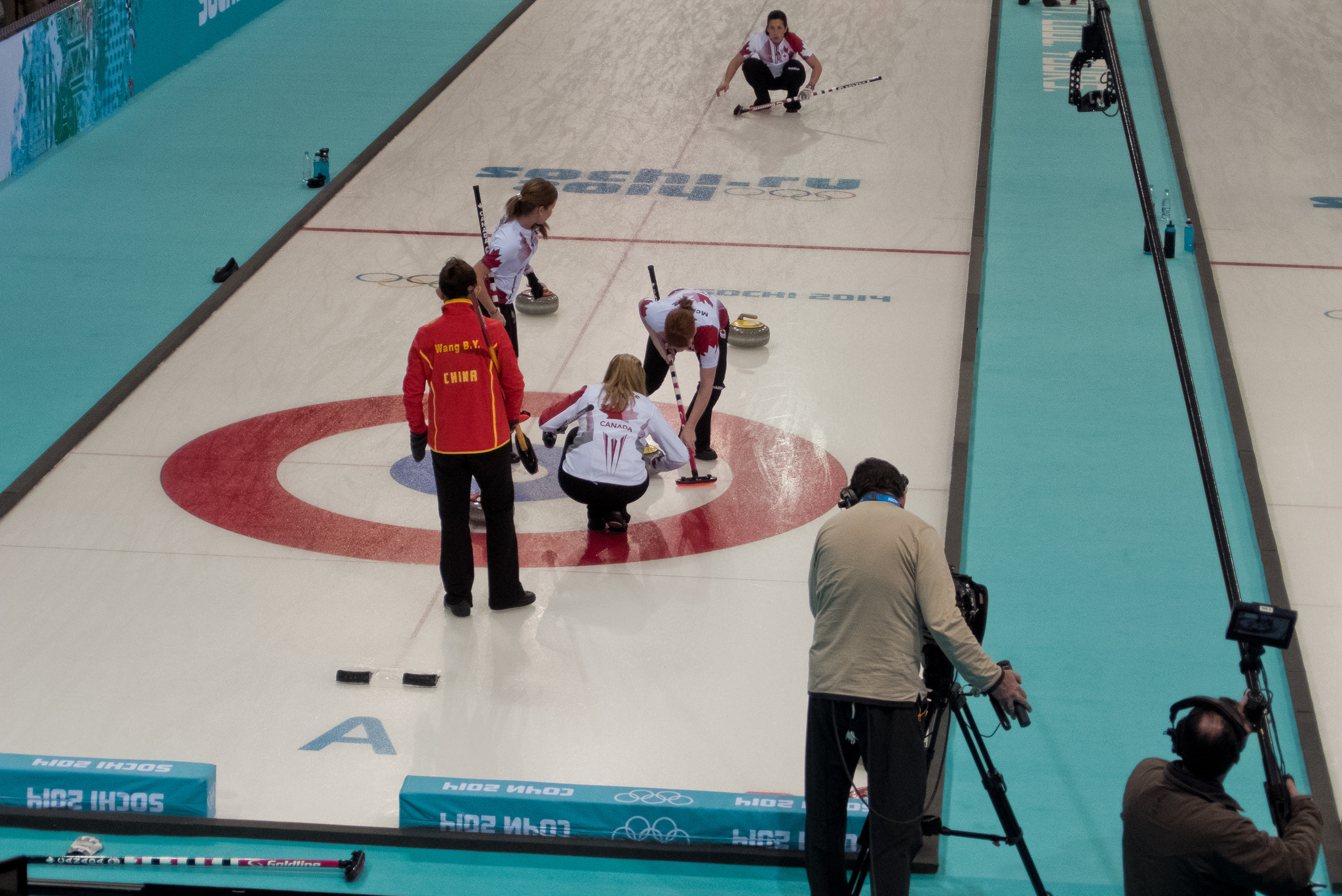 Belt and Road Initiative,China,Culture and Society |

On December 15th, 2017, Beijing unveiled the official emblem of the Olympic Winter Games. During the unveiling, International Olympic Committee (IOC) President Thomas Bach outlined his hope that the emblem, called “Winter Dream”, would bring “the joy of winter sports to a new generation in China and beyond”. This simple sentiment belies a much more complex truth: China is poised to become a central actor in the future of the Olympic Movement. Chinese audiences, businesses and strategic global investments have the potential to fuel a more robust future for the Winter Olympics and the IOC.

At the time of writing, the evolving and tenuous possibility of the IOC-facilitated “Olympic détente” between North and South Korea continues to capture the world’s attention. The 2018 Pyeongchang Winter Olympics appears set to become a central event in this evolving geopolitical drama. This has had the effect, at least briefly, of obscuring two fundamental problems facing the Olympics and it’s many organisational actors: drugs and declining audiences.

The still-developing scandal around Russia’s state-sponsored doping scandal threatens to cast a shadow over the Olympics far beyond the barring of Russian athletes from the 2018 Games. Key questions about the place of doping in athletics, and the intertwining of drugs, nationalism and political brinksmanship have just begun to be explored. Although the IOC promotes itself as an instrument for global peace through initiatives like the Olympic Truce, this scandal has again shown how easily the global media event can be operationalised as a weapon in symbolic warfare.

The second, arguably more pernicious problem facing the IOC is a decades-long pattern of declining interest in the Olympics in key markets, such as the United States and Western Europe. The 2016 Rio Olympics, for example, were the oldest-skewing broadcast in the history of American Games broadcasts, recording a 30% drop in TV viewers under 34 compared to London 2012. The Winter Olympics, which have never been able to capture the same attention as the Summer Games, is facing a similar problem. The median age of viewers for the last Winter Olympics, Sochi 2014, was 55. In effect, as Clio Chang suggests in The New Republic, the Olympics appears to be aging into irrelevance.

For the IOC, audiences are currency. Over 90% of the organization’s revenue comes from Olympic sponsors and Olympics Rights-Holding Broadcasters. Without lucrative (young, upwardly mobile) audiences, the IOC will be unable to sustain the prices they charge advertisers and broadcasters.

Aware of this alarming pattern, the IOC has initiated multiple projects to court younger audiences and new audiences in regions where the Olympics have traditionally underperformed. These tactics include the establishment of the Youth Olympic Games, which was first held in Singapore in 2010; the introduction of new competitions, such as snowboarding and skateboarding, to bridge the gap between “stodgy” Olympic sports and “hipper” X-Games-oriented younger viewers; and significant investment in digital and social media outreach, including the establishment of the Olympic Channel project, which produces and distributes Olympics content throughout the year.

China is central to this strategy of fortifying the Olympic brand through identifying and converting new pools of young Olympics enthusiasts. Beijing 2022 will be the third Asian Olympic host in a row, after Pyeongchang this year and Tokyo in 2020. While the IOC continues to pilot new ways to reach millennials in North America and Europe, it is simultaneously pursuing an aggressive outreach agenda across Asia. An estimated 94% of Chinese viewers watched the Olympic Games in 2008. By contrast, the IOC estimated that only 51% of China’s TV population tuned into the Sochi Winter Games in 2014. If history repeats, and the IOC is certainly betting on it, the Chinese host will deliver a much larger domestic audience in 2022. By working with the Chinese government to successfully facilitate China’s “winter dream”, the IOC is pursuing a dream of its own: an engaged, youthful, upwardly mobile audience that exists outside the shifts in Western generational attitudes towards the Games that continue to threaten IOC revenue.

Partnering with China to build new Olympic markets throughout Asia and beyond is particularly lucrative because the IOC will be able to capitalize on China’s increasing investment in regional and strategic global development and trade.

The 2008 Olympics were largely contextualised globally within a discourse of East-West relations, with key narratives framing the Olympics as China’s coming out party or part of its larger soft power/charm offensive strategy to engage the West. Because of this, the 2008 Beijing Games were all too often measured by Western metrics and norms, ranging from ranging from human rights and environmental standards to ongoing questions about the quality of Chinese infrastructure and the country’s ability to shoulder the responsibility of a global media event.

In 2022, a more powerful and confident China is poised to host the Olympics largely free of the shackles of Western expectations, and instead be able to speak directly to regional and strategic partners and interests on its own terms. This will only be heightened if the United States, Britain and other Western actors continue to follow isolationist paths. Imagine the 2022 Winter Olympics as the “Belt & Road Games”, and the potential new Olympics audiences the IOC could reach by proxy through China’s ambitious regional development investments in Asia, Africa and other related contexts.

In partnering with China’s burgeoning technology industry to build a better Winter Olympics, the IOC has also identified key partners to help them better use technology to reach audiences through mobile networks and social media. In developed countries, digital media is a tool for appealing to younger audiences. But, in developing countries in Asia and Africa, digital media, particularly through mobile platforms, has become the primary method for reaching everyone.

In January 2017, the IOC announced it had reached a $600 million global sponsorship deal with Alibaba, the Chinese e-commerce company. Alibaba is only the second Chinese company to join the coveted and expensive The Olympic Partner Programme (TOP).  As a TOP sponsor, Alibaba will be responsible for Olympics cloud computing services. Importantly, the partnership between the two organizations also extends to the construction of a global e-commerce platform for Olympics stakeholders and a founding partnership in the Olympic Channel. Alibaba’s contributions to the Olympic Channel project are particularly interesting. It is a still nascent outreach effort to use digital platforms and partners to engage young and new global audiences. Most recently, for instance, the IOC announced it will be partnering with Snap to produce and distribute 2018 Winter Games content to Snap’s coveted young user base. As a founding partner in the Olympics Channel, Alibaba is working with the IOC to develop this new product, including the production of customized content for the Chinese market.

Beiing 2022’s “Winter Dream” emblem was designed to evoke what IOC president Bach called “a unique blend of modern and ancient traditions.” On February 25th, 2018, during the Closing Ceremonies in Pyeongchang, when responsibility for the next Winter Games will be officially transferred to Beijing in an elaborate ceremony set to be directed by Zhang Yimou, IOC members will likely be more firmly invested in the modern than the traditional. Hoping to capitalise on the ambitious expansionist interests of the Chinese government, largely untapped new audiences, and the deep pockets and technological entrepreneurialism of the Chinese technology sector, IOC members will be dreaming about how China is going to help build a better Winter Games.

Christopher J. Finlay is an Assistant Professor in the Communication Studies Department at Loyola Marymount University. He is the author of several articles and book chapters on the Olympic Games, China, new technology, social media, and global politics. His publications on China’s relationship with the Olympics include two chapters in Owning the Olympics: Narratives of the New China and “Public Diplomacy Games” with Dr. Xin Xin in Sport in Society. His most recent publications include “The Right to Profitable Speech: Olympians, Sponsorship and Social Media Discourse” (2017) and “National Proxy 2.0: Controlling the Social Media of Olympians through National Identification” (2016), both in Communication & Sport. In 2016, he was awarded the Matteo Ricci Fellowship by the Beijing Center for Chinese Studies. Image Credit: CC by Ken Yee/Flickr.

Social Image Construction and the Olympic Civilisation Process at Beijing’s 2008 Olympics
Life in Death, Life After Death: The story of Taiwan’s LGBTQ pioneer