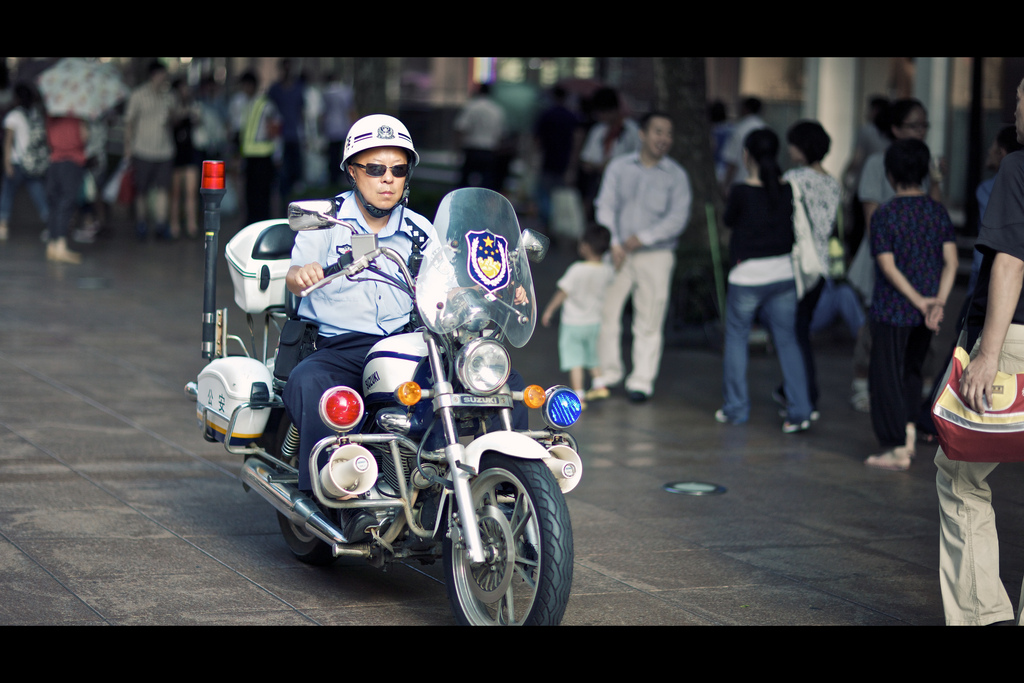 Of all the things for the Chinese police to pour money into these days, one might think that a public relations campaign would be near the end of the list. Police in an authoritarian regime, after all, should have little to fear from public opinion. Yet China’s Ministry of Public Security (MPS) has recently doubled down on efforts to improve its image. Through investment into entertainment programming aimed at opening up the world of frontline policing to the public, the Ministry is fulfilling a call to prioritize public opinion as part of its reform agenda, perhaps in the hope that showcasing a more sympathetic view of the organization will lessen police conflict with society.

Interestingly enough, concern for public relations has deep roots in the history of Chinese policing. As agents of the mass line under Mao Zedong, police were officially charged with mobilizing the masses and told to keep in close contact with the people while conducting their work. These instructions continued into the reform era, with police training institutes emphasizing the role of the police as servants of the people who must listen to and accept the input of the masses. The 1995 Police Law even went so far as to insert provisions for citizen supervision over the police by allowing residents to file official complaints against police officers.

More recently, public relations departments (formerly known as propaganda departments) have engaged in outreach efforts at all levels of the bureaucracy. For years, many local stations have maintained social media accounts on Sina Weibo that blast out holiday greetings or reminders that residents should drive carefully in foggy conditions. Visitors to China may have also noticed the cartoon police characters adorning security notices, checkpoints, and street signs throughout the country. MPS even hosts a Grassroots Police Culture Group that produces over-the-top television entertainment specials – complete with dancing, skits, and bubble machines – that tout the achievements of local police and honour officers for their service to the country. Taken together, these efforts present a friendlier, more helpful version of the state, although the cartoons later inspired the creation of “internet police” jingjing and chacha who were designed to pop up on users’ computer screens with the express purpose of intimidation.

But in an era of Wechat and increasingly sophisticated multimedia capabilities, these older methods of communicating with the public seem increasingly outdated. Stations have since migrated social media accounts to the more popular Wechat platform, and the Ministry’s Public Relations Department has mostly traded in the old school TV specials for more focused public outreach programming on CCTV. By shifting the venue of these shows from grand halls to actual police stations and field sites, the Ministry is opting to show a more intimate and human version of the local police that features the problems they solve and the people they help in a format that will appeal to younger audiences.

In one such CCTV special, producers focus on five police officers from around the country who have saved lives or solved important cases. In the program, they honour the officers with the designation of “Role Model Police” and tell their stories by interspersing real case footage with movie-quality camera work that highlights the skills, dangers, and hardships of police work on the frontlines. The Ministry is also sponsoring Police Training Camp, the country’s first-ever police reality TV show. This heavily edited program presents a glossy, in-depth take on different groups of frontline police from across the country with the stated goal of promoting “positive social energy.” Provincial level stations have also created similar TV specials, but the production quality is not quite as high as the CCTV shows.

Sources in the Ministry say that this programming is part of a larger push to improve the image of police in the eyes of the public, especially in the wake of recent scandals. For scholars, this should not come as a surprise; police reform in China has often been scandal-driven. In an interview, one Ministry official said that the most recent public relations efforts are motivated by fallout from a few key incidents such as the Lei Yang case, a police brutality scandal involving the Beijing police and the death of a young environmental researcher. Lei, a new father, was reportedly on his way to the airport to pick up relatives when he had a run-in with police outside a local brothel. He later died in custody, prompting a firestorm on social media where netizens expressed suspicion about the official account and anger over unchecked police authority. Xi Jinping himself later admonished the officers for failing to protect the rights of the people and called for more regulation of law enforcement behaviour.

Whether or not slick TV programming and a WeChat makeover will be enough to educate the public and soften the blow that incidents like the Lei Yang case deal to police credibility remain to be seen. Survey research on public trust in the police is somewhat mixed, but even when scholars find that satisfaction with the police is generally high, they also report that trust in police by urban residents is lower and that views of police fairness, effectiveness and integrity are significantly less positive. With MPS pouring more resources into public relations and at a far greater speed than in the past, we know that the top levels are concerned. The present dual-track approach to public relations – softening the image of the police in the minds of the public and threatening officers to be more mindful of how their powers are perceived by residents – could ultimately improve police-society relations, but we need more time and research to assess the effects of the Ministry’s most recent efforts.

Acknowledgements: I would like to thank William Chen for the research assistance he contributed to this article.

Life in Death, Life After Death: The story of Taiwan’s LGBTQ pioneer
Xi Jinping and the resurrection of the Middle Kingdom