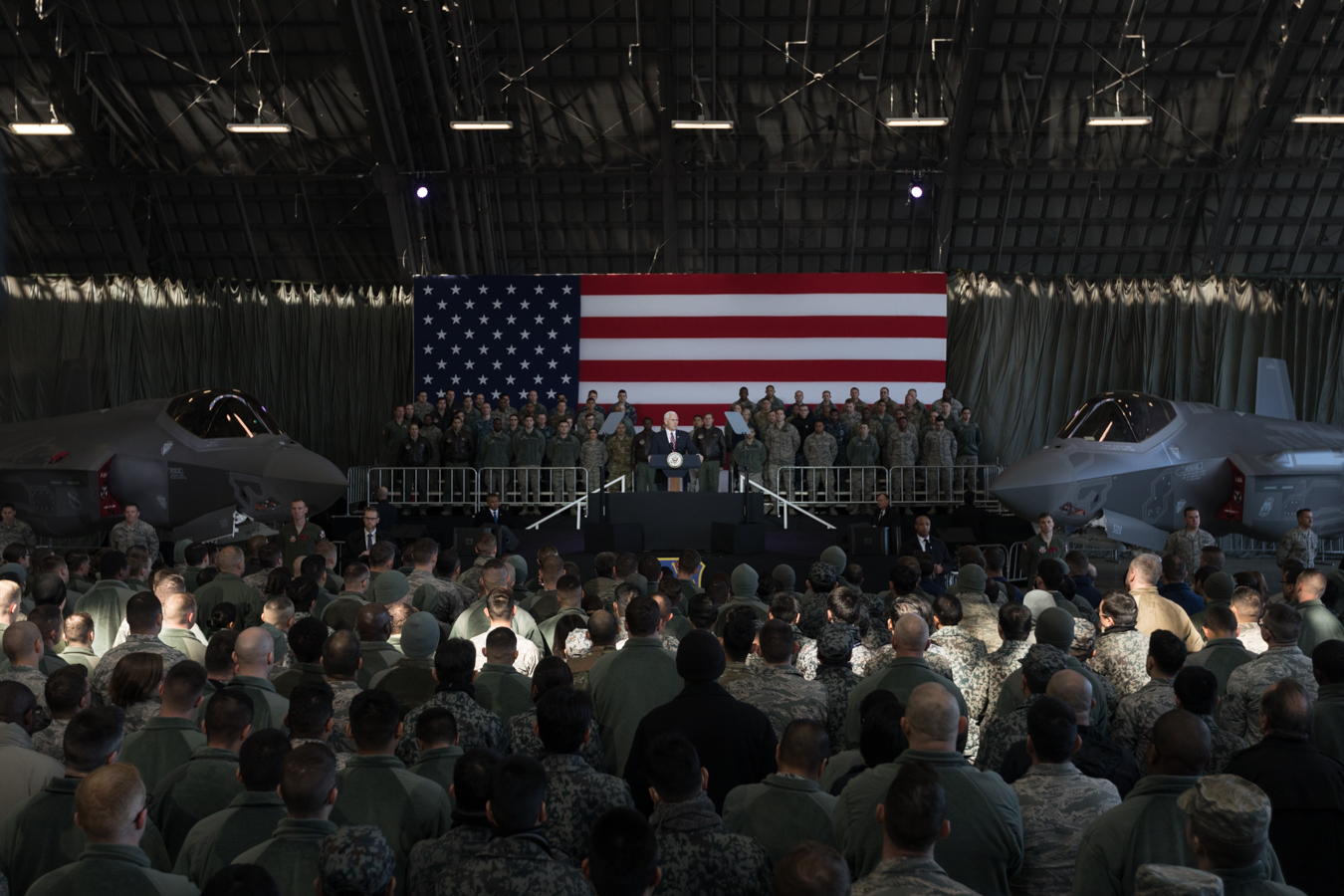 On January 27, 2017, President Trump directed the Department of Defense to conduct a Nuclear Posture Review (NPR) to examine the status of the U.S.’ nuclear deterrent and determine possible future changes in U.S. national security strategy which may be required by the international security environment.  Previous editions of the NPR were prepared in 1994, 2002, and 2010 by the Clinton, Bush 43, and Obama Administrations, and legal authorization for this report is provided by Title 10 Section 498 of the United States Code.

The Trump Administration’s NPR was released on February 2 and contains significant findings and policy prescriptions representing significant changes from previous NPR’s, while also containing significant continuity in U.S. nuclear strategy including supporting the Nuclear Nonproliferation Treaty (NPT) and other existing international arms control agreements. It begins by correctly observing that “nuclear weapons have and will continue to play a critical role in deterring nuclear attack and in preventing large-scale conventional warfare between nuclear-armed states for the foreseeable future.” Particular emphasis is placed on the ageing nature of the U.S.’ nuclear weapons triad consisting of air, land, and sea-based assets whose average age dates back to the 1960s and 1970s and an ageing nuclear attack early warning system that also is several decades old.

A key point of the Trump NPR is stressing how these assets have reached the limit of their lifespans, despite multiple extensions, and require urgent upgrading to address emerging nuclear threats to U.S. national security.

These threats include Iran, Russia, North Korea, and China who have enhanced the capabilities of their nuclear arsenals, expanded the importance of nuclear weapons in their military forces and strategies, and engaged in increasingly aggressive behaviour including in cyberspace and outer space.  In contrast, recent decades have seen, the U.S. reduce the size and strategic importance of nuclear weapons in its military doctrine.  Where China is concerned, the Trump NPR stresses that the U.S. has repeatedly sought discussion with China on enhancing mutual understanding of respective nuclear policies, doctrine, and capabilities; and to improve transparency and manage possible miscalculation and misperception risks.

This document notes that China and Russia are contesting the international security norms and order the U.S. has sought to build with its allies for multiple decades.  China has expanded its nuclear force without transparency concerning its intentions; great power competition has returned with the country advancing its military capability to act as a global power; that China is developing the means to disrupt, disable, and destroy U.S. space-based assets and that Beijing is modernizing its conventional military capability to challenge traditional conventional military superiority in the Western Pacific. In addition, China contemptuously rejected the Permanent Court of Arbitration ruling that its South China Sea maritime claims are without merit; both China and Russia are striving to enhance their anti-access and aerial denial capabilities and build underground facilities to counter U.S. efforts to enforce European and Asian allies and partners; and that China has developed five ground-launched and four sea-launched nuclear delivery systems since 2010 with the only U.S. nuclear weapons capable system launched since 2010 being the F-35 Joint Strike Fighter.

The NPR notes that the U.S. is prepared to respond decisively to Chinese conventional or nuclear aggression.  It notes Washington seeks to develop a “tailored strategy” to prevent Beijing from mistakenly concluding it can gain a strategic advantage through any potential use of nuclear weapons.

Replacement of legacy warhead systems will begin by the mid-2020s with examples of these forthcoming warheads including the B-61-12 Gravity Bomb Low Earth Penetrator (LEP) by Fiscal Year (FY) 2024; the Navy’s W 76-1 LEP by FY 2019; altering the Navy’s W-88 by FY 2024; altering the Air Force’s W 80-4 cruise missile by FY 2031 and synchronizing it with GBSD by FY 2031 and exploring future ballistic missile warhead requirements based on adversaries potential threats and vulnerabilities and the possibility of increasing compatibility between Air Force and Navy reentry systems. These efforts will be undertaken by the Defense Department and the Energy Department’s National Nuclear Security Administration with cost estimates for these upgrades expected to peak at 6.4% of the U.S. defence budget with 3% of current defence budget costs dedicated to the nuclear deterrent.

This document also stresses the imperative for the U.S. to upgrade its obsolescent nuclear force infrastructure if it expects to be a credible player and guarantor of its security and the security of its international allies in the emerging international security environment.  It remains to be seen if the Trump Administration, subsequent presidential administrations, the U.S. Congress, and the American public are willing to sustain the monetary capitalization and political commitment necessary to upgrade the U.S.‘ nuclear deterrent which has been the keystone of its national security strategy for over seven decades.