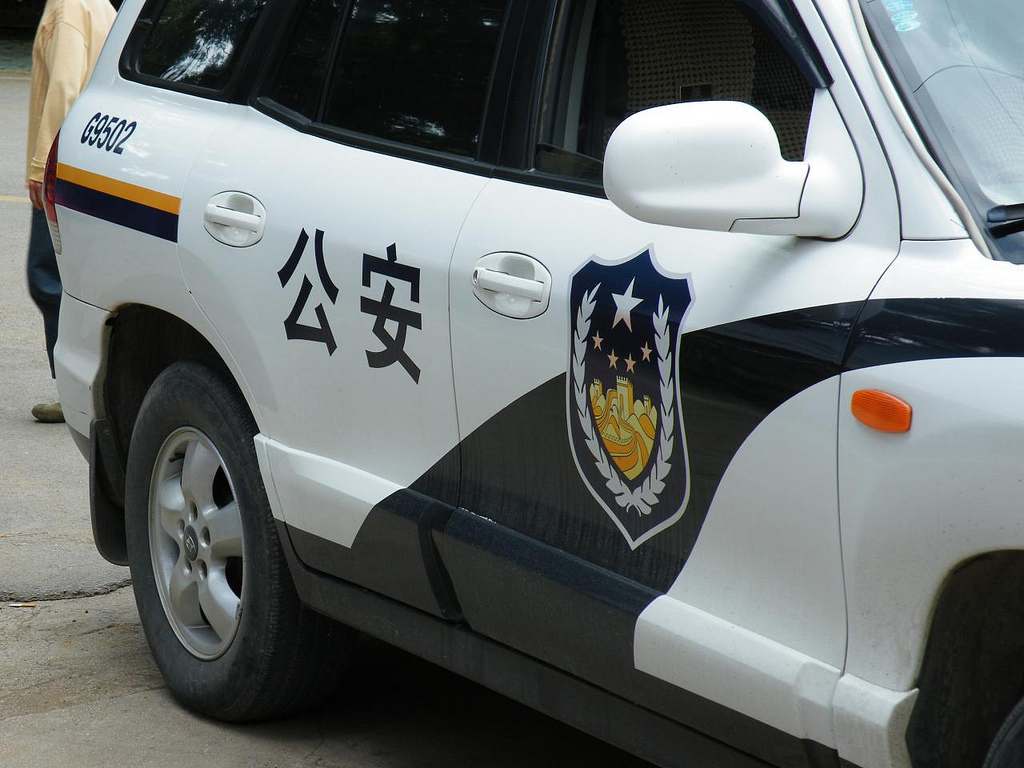 My bicycle kickstand was stolen in Shanghai in 1996. I found the situation somewhat amusing, and I soon purchased a replacement—or perhaps the same one—from the repairman down the street. The incident was a reminder that crime in China, as in other countries, is generally local. While most thefts, assaults, and other run-of-the-mill cases do not cross borders, the People’s Republic of China (PRC) is increasingly reaching outside its territory.

Largely fueling international engagement is the desire to repatriate suspects wanted as part of sustained anti-corruption efforts that sound akin to James Bond movie titles, Sky Net and Fox Hunt. Yet suspects wanted for telecommunications fraud and other crimes are also on Beijing’s wanted list.

Intensifying bilateral and multilateral engagement is, however, marked by one conspicuous example of disengagement: Taiwan. Cross-strait law enforcement cooperation has waned, and the PRC government has persuaded foreign governments to send criminal suspects who are Republic of China nationals to Beijing instead of Taipei.

The PRC’s web of overseas law enforcement ties has grown markedly since the 1988 “goldfish case,” which involved heroin shipped from the PRC to the United States in the cavities of dead fish. Today, the United States and PRC have a mutual legal assistance agreement—one of the PRC’s “54 bilateral treaties related to criminal judicial assistance.” These agreements facilitate the collection and transfer of evidence for use in criminal trials. The PRC is also at work on a draft International Criminal Judicial Assistance Law (国际刑事司法协助法), that draws on the United Nations Model Treaty on Mutual Assistance in Criminal Matters.

The PRC already has an Extradition Law that sets forth the procedures and limitations relevant to the transfer of persons accused or convicted of crimes to stand trial or serve sentences in foreign countries. Fifty countries have signed extradition treaties with the PRC, though human rights concerns derailed ratification efforts in Australia. Canada has pulled back from initial conversations, and the United States has thus far rebuffed requests to conclude an extradition agreement.

The PRC has also stepped up its physical policing presence abroad. In September 2017, Xinhua reported that the PRC had “sent a total of 64 police liaison officers to 31 foreign countries.” The United States, in turn, has an FBI liaison in the Beijing Embassy.

Of concern are reports that, rather than limiting activity to such above-board engagement, PRC authorities are also conducting covert operations to recover suspects. Last year, the US government contemplated arrest of PRC officials who had visited high-profile fugitive Guo Wengui in hopes of obtaining his return. The rights of the accused are susceptible to infringement in any case of cross-border cooperation: the pressure to seek a pragmatic solution can too easily overwhelm principles. That allegedly corrupt officials and other criminal suspects are generally unsympathetic figures makes galvanizing support for their rights especially difficult. A suspect is all the more vulnerable when contacted under a veil of secrecy.

Exposing and halting covert operations is a priority. At the same time, greater emphasis is needed on how countries engage with the PRC in overt operations. As I have argued elsewhere, human rights considerations should be at the forefront. Emphasis does not, however, mean an ultimatum against engagement. No country wants to become a haven for fugitives, and foreign governments benefit from the PRC’s help as well. What is lacking are clearly articulated policies to guide interactions. The closest that the Summary of Outcomes following last fall’s US-China Law Enforcement and Cybersecurity Dialogue comes to recognizing human rights is a vague mention that “differences remain.”

Long a party to the United Nations Convention Against Corruption and Convention Against Transnational Organized Crime, the PRC has expanded its “circle of friends” (朋友圈) for international law enforcement beyond the traditional UN frameworks. For example, the 2019-21 action plan issued by the Forum of China and the Community of Latin American and Caribbean States includes provisions on law enforcement cooperation.

The PRC has similarly taken a more prominent role in Interpol. The 2016 election of former Ministry of Public Security official Meng Hongwei as Interpol President raised concerns that already weak human rights protections would be further enervated. PRC state media reported in September 2017 that it was involved in approximately 3,000 investigations being handled through Interpol. When opening the Interpol General Assembly meeting in Beijing that same month, President Xi Jinping pledged that the PRC “will continue to support Interpol to play an even more important role in global security governance.”

In January 2018, Human Rights Watch issued a report on the implications of the PRC’s vigorous use of Interpol, not only for the suspects themselves but also their relatives: The PRC government, “using Interpol red notices as a justification, used various means to systematically harass family members of red notice individuals.” The report reminds that laudable calls for global anti-crime efforts can mask nefarious measures used to purportedly achieve those ends.

With a Stark Example of Disengagement

As the PRC has gained a prominent role in Interpol, it has thwarted Taiwan’s efforts to obtain any role whatsoever. Taiwan was removed from Interpol in 1984 when the PRC joined, and subsequent efforts to attend the general assembly meetings have failed. Upon the State of Palestine’s admission as a member in September 2017, the Interpol General Assembly passed a resolution (GA-2017-86-RES-01) confirming that Interpol membership is open to “states,” an important element of which is whether it is “a member of other intergovernmental organizations and, in particular, if the country is a Member of the United Nations or an Observer State recognized by the United Nations.” While not mentioning Taiwan directly, the resolution effectively crushes any hopes for its participation.

In another sign of the overall chilly relations between Beijing and Taipei, bilateral law enforcement interactions have decreased markedly since President Tsai took office, though limited repatriations continue. From Beijing’s perspective, of course, contact with authorities in Taipei is not beyond the PRC’s borders. Nonetheless, there has been a long history of unofficial cooperation and, beginning in 2009, more structured interactions under the Cross-Strait Agreement on Joint Crime-Fighting and Mutual Judicial Assistance. This Agreement looks similar to the PRC’s bilateral arrangements with foreign countries. Of concern to Taipei is Beijing’s recent refusal to honour the Agreement, for instance denying family visits in the case of Taiwanese national Lee Ming-che who is serving a five-year sentence for subversion.

Taiwan continues to seek international partners, this month announcing a cooperation agreement with Saint Lucia, one of the few remaining countries with which Taiwan has formal diplomatic relations. This effort is a flicker of hope in an overall climate of growing diplomatic isolation and cross-strait tensions, of which law enforcement is but one facet. As we leave the Year of the Rooster for the Year of the Dog, will the coming year in cross-strait affairs be marked by tranquility in which, as the Chinese idiom says, “chickens and dogs are undisturbed” (雞犬不驚) or by turmoil, in which “chickens and dogs are not left in peace” (雞犬不寧)?

Margaret K. Lewis is a Professor of Law at Seton Hall University and a Fulbright Senior Scholar at National Taiwan University College of Law. She tweets at @MargaretKLewis.