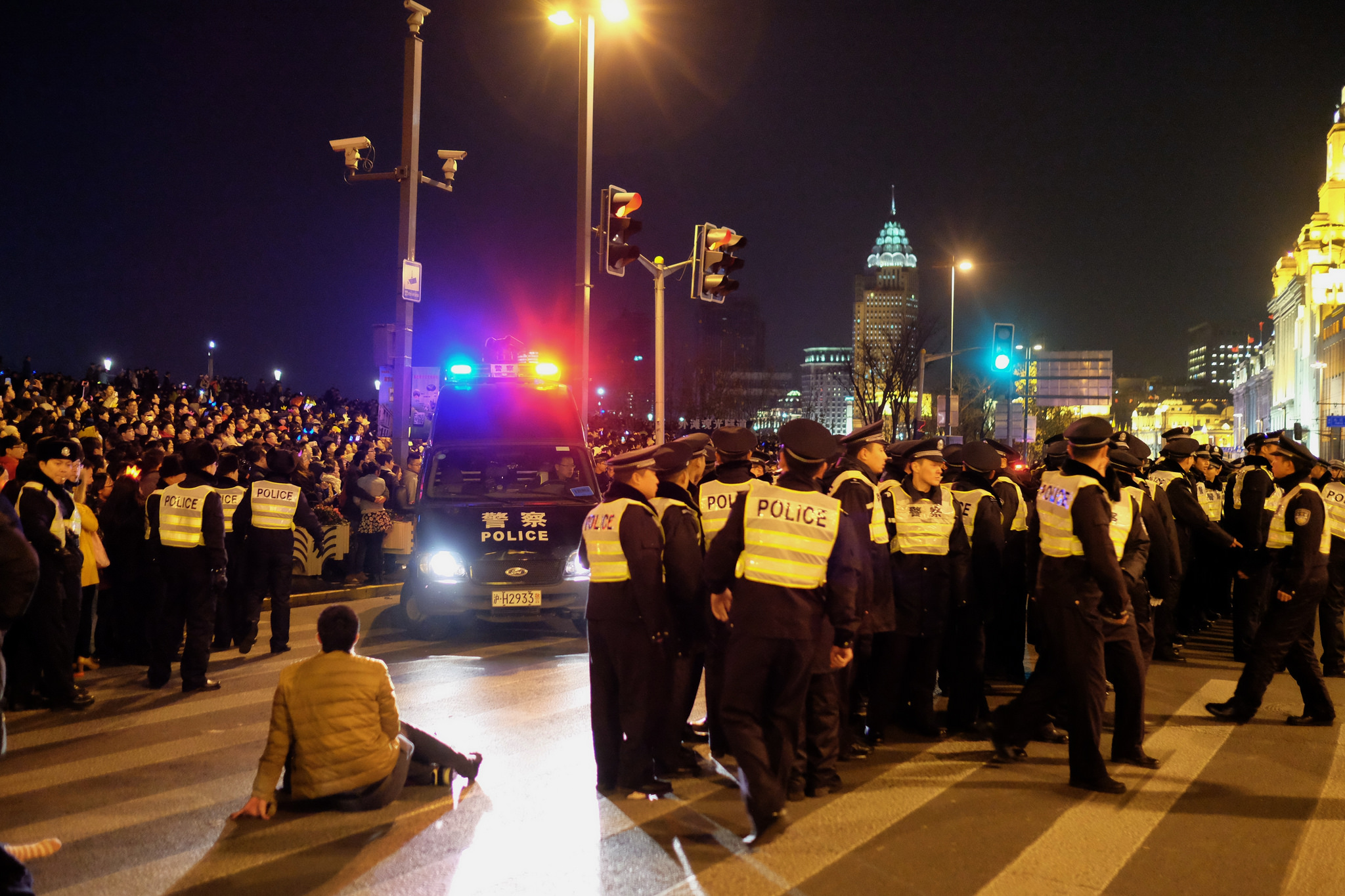 Lei Yang, a 28-year-old state employee and an alumnus of a prestigious Chinese university, was declared dead less than two hours after detained by the police, allegedly on suspicion of soliciting a prostitute.  The initial police claim that Lei had suffered a heart attack quickly fell apart, with an autopsy showing that he had suffocated on his own vomit, resulting from five police officers choking him and stomping on his face. Lei’s case stirred immediate and widespread public outcry on social media, questioning police abuse of power, brutality, and government corruption despite tightened governmental censorship.  When even a middle-class, well-educated Chinese citizen became a victim of the uncontrollable power of the police, both discontent and fear ran high among the populace who has all too well understood their insignificance in front of the powerful state apparatus.

Beneath the shining economic development in a seemingly harmonious society, China’s social control apparatus, particularly its police forces, is experiencing a crisis of legitimacy and trustworthiness. The Lei case has crystallized both sources and consequences of public discontent with the police. Notwithstanding three decades of the rule of law campaign and successive waves of police reforms, China’s domestic policing has frequently run counter to such internationally accepted principles as fairness, accountability, transparency, and human rights. The government’s obsession with stability maintenance and heavy reliance on the police to reach that goal, coupled with an absence of checks and balances, have made the police extremely prone to abusive, even illegal, behaviour. Official responses, however, have been principally reactive and symbolic, tending to focus on individual officers, especially the rank-and-file, rather than on the system.

Over the past few years, President Xi’s anti-corruption campaign has led to the arrest and sentencing of scores of middle- and high-ranking public security officials, whose “lawless” behaviour has sent another wave of shocking reality about policing to the entire country. The conviction of China’s former public security czar Zhou Yongkang in 2015 serves as a good example of pervasive corrupt and abusive behaviour among the nation’s highest levels of law enforcement officials. Despite Xi’s ambition to strike hard at both “tigers” and “flies” of official corruption, the impact of the nationwide campaign on public perceptions of police legitimacy and trustworthiness remains largely unclear.

Complicating matters further, incidents of police brutality and cover-ups, although not necessarily occurring more often, are certainly more frequently reported on divergent public and social media in recent years. As in Western societies, citizen journalism has become a popular social phenomenon in China whereby ordinary people engage in recording and disseminating newsworthy events involving the police using their cell phones. A growing public awareness of police misconduct comes with a noticeable rise of citizen resistance to or disrespect of police authority. Massive protests and violent confrontations between the police and the public were common despite only occasionally reported by the state-controlled media. Although a large number of protests are related to such issues as land-appropriation, labour rights, environmental issues, and social security, incidents directly related to discontent with the police were not unheard of, particularly those caused by police illegal search, detention and torture. An estimated one-fifth of the public protests were triggered directly by police misconduct. It is thus neither a secret nor a surprise that the Chinese police are suffering a crisis of legitimacy.

Recent research on Chinese evaluations of police trustworthiness has revealed several interesting findings regarding factors affecting public trust. Firstly, despite commonly perceived as a dangerous or even criminal class and often treated unfairly by local police, urban migrant workers do not necessarily express lower levels of endorsement of the police than rural villagers and local urbanites. The legitimacy of local governance and policing is most likely to be challenged by urban residents, who tend to be younger, better-educated professionals, rather than presumably by urban migrants.

Secondly, although subject to greater governmental control and surveillance, ethnic minority groups, including those typically considered as critical minority groups such as Tibetans and Uyghurs, are no more negative about the police than the ethnic majority, Hans.  Additionally, more assimilated minority groups hold greater trust in the police than Hans, and the trust gap between assimilated minorities and the Hans is most apparent among those who have a higher perceived social status. It appears that Hans are more likely to be critical citizens who are less trustful of and less deferential to authorities than many ethnic minorities.

Thirdly, there is evidence, albeit still limited, showing that police performance, rather than procedural justice, exerts the strongest impact on Chinese views on police legitimacy. Even so, the model of procedural justice, which posits that people’s views on the legitimacy of the police are primarily impacted by whether they perceive the police to be following fair and equitable procedures in both treatment and decision-making during interactions, remains influential in an authoritarian setting.

Fourthly, public evaluations of police legitimacy and trustworthiness are not stand-alone but highly intertwined with other activities and attitudes such as social trust and political activities. This includes expressing political opinions to the media, offering suggestions to political representatives, visiting petitioning bureaus, appealing cases to the government, and suing the government, including public safety agencies. Similarly, participation in or knowledge of mass incidents that occurred nearby also significantly reduced one’s trust in the police. Clearly, the mobilization of police forces to control riots, demonstrations and protests, and to quell public disputes and conflicts increased the possibility of direct negative confrontations between the police and the public, inducing serious consequences for trust.

Aware of the detrimental impact of low police legitimacy and public trust, the government has rolled out a number of measures, such as requiring video recording of criminal interrogation and police interaction with the public, to enhance police integrity and accountability. We believe that a legitimate and trustworthy force is elusive as long as the police continue to place the party’s interests above the people’s, and the control of the populace above the protection of them. We also believe that heavy-handed state control over less advantaged groups of the society, such as migrant workers, ethnic minorities, and people who have grievances against the government, is misleading and harmful. The ability to enhance public perception of police legitimacy and trustworthiness eventually hinges upon higher moral and behavioural standards among police officers, and more importantly, improved state legitimacy in general.