Cuba’s changing of the guard and Sino-Cuban Relations 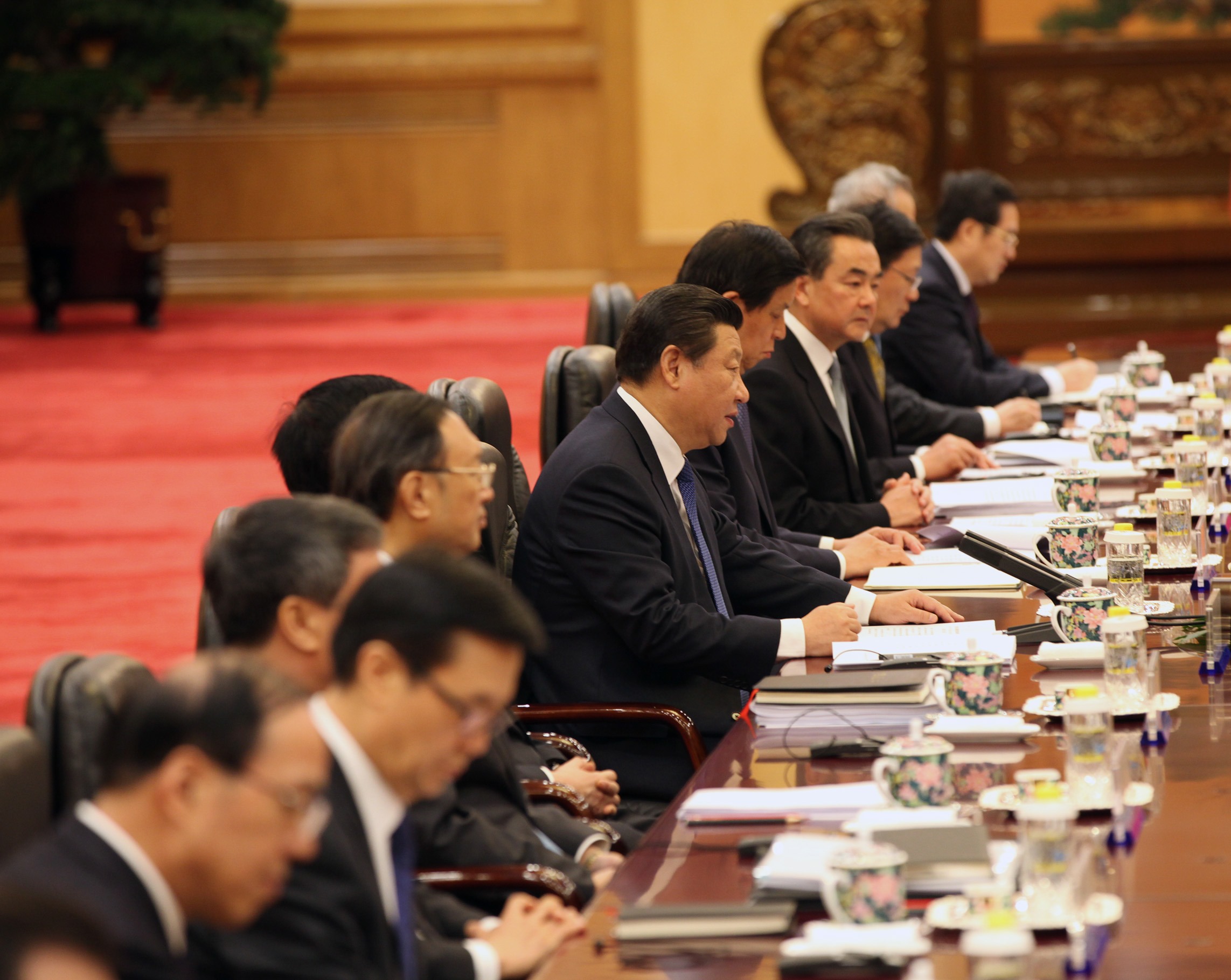 In April 2018 Cuba is expecting to undergo a major development – the 86-year old Raul Castro is scheduled to step down as the nation’s President. The significance of this is considerable. For the first time since 1959 a Castro will not be at the helm of this Caribbean country of 11 million people located less than 100 miles from the United States. Although Raul will remain in the background, Cuba is finally undergoing a changing of the political guard. A younger generation of leaders will be entrusted to steer Cuba through a challenging future. In this context, Cuba’s relationship with China assumes greater importance, especially as the Asian country has emerged as an economic powerhouse and counterpoint to the United States in the world.

China and Cuba have a long relationship dating back to the mid-19th century when Chinese workers were recruited for the island’s sugar industry. In more recent times, Cuba recognized the People’s Republic of China in September 1960, following Fidel Castro’s victory. The two revolutionary governments had a lot in common: both came to power by revolutionary means; both were strongly anti-imperialist and regarded the United States as the world’s major reactionary power; and both undertook land reforms and nationalized foreign properties. However, through the 1960s and early 1970s China had little to offer Cuba in terms of economic assistance and the relationship was complicated by the Sino-Soviet split.

The dynamic of Sino-Cuban relations changed when the Soviet Union collapsed in 1992. Cuba found itself economically vulnerable as Soviet largesse rapidly ended. The 1990s became the “Special Period” in Cuba: a prolonged economic depression, marked by critical shortages in oil and a wide range of basic goods. Conditions were so bad that an estimated 30,000 Cubans fled their country and in August 1994 something very rare occurred, protests briefly sprang up in Havana before being dispersed by the police. China, now an economic success story and active in global affairs, became more attractive to Cuba, which was forced to look for new trade and investment partners.

The improving nature of the Sino-Cuban relationship was reinforced by China’s leadership making repeated visits to the Caribbean island, starting with President Jiang Zemin in 1993 and carrying on to President Xi Jinping in 2014. The visits were used to sign new trade and investment agreements. At the same time, Fidel Castro visited China in 2003 and Raul visited twice at later dates.

During the 2010s through 2018 China’s influence in Cuba expanded further as the Asian country emerged as one of Cuba’s major partners. According to the U.S. CIA, Cuba imports the largest amounts of goods from China, at close to 30 percent of total trade, while over 30 percent of Cuba’s exports go to China. At the same time, Chinese business has penetrated key sectors of the Caribbean island’s economy, including telecommunications, mining and energy. Moreover, Chinese-made consumer goods have found a receptive market.

China also benefited from Venezuela’s providing Cuba with considerable economic assistance in the form of subsidized oil (starting in the early 2000s), which Cuba then resold. However, when oil prices plummeted in 2014, China’s role in the Cuban economy became all that much more critical. By 2018, China had assumed an important strategic role in the Cuban economy, of which the island state’s leadership is keenly aware.

As Cuba transits from Raul Castro to his anointed successor, the fifty-seven-year-old Miguel Diaz-Canel, conditions are not optimal. The Cuban economy is once again struggling and external conditions have become more difficult. Although the brief détente with the United States initiated by the Obama administration gave a boost to the island’s tourist trade, that sector alone cannot sustain the island’s growth. Moreover, the island was hard hit by hurricanes in 2017, adding to costs for the country.

Cuba’s leadership will have to make tough decisions in the post-Castro era. U.S. tourism is likely to decline as the Trump administration takes a tougher stance on the Caribbean nation, especially in the areas of human rights and democratic reform. At the same time, Cuba’s infrastructure badly needs an upgrade. That extends to roads, ports and airports and telecommunications. Equally important is the need for Cuba to produce more of its food as it is highly dependent on food imports. According to the U.S. Department of Agriculture, Cuba imports between 60 to 80 percent of its food. The cost for food imports is an ongoing drain on the country’s trade, estimated to be around $2 billion yearly.

Considering that Cuba is a tropical country, with fertile soil and once was one of the world’s power houses in sugar production, agriculture requires a different approach. Currently the state controls around 80 percent of the land, most of which is not efficiently managed. After Fidel stepped down in 2008, Raul briefly introduced limited market reforms that resulted in greater availability of fruits and vegetables. However, the marketisation of the agricultural sector has been stymied by the government’s backtracking and reluctance to liberalize too much.

Post-Castro Cuba’s problems and their resolution point back to the Sino-Cuban relationship. In many regards, Cuba is facing the same challenges that confronted China in the 1970s, when the Asian country embarked upon its own set of reforms under the guidance of Deng Xiaoping. In China’s case, central planning limitations, major production problems, distribution bottlenecks and corruption pushed the government to introduce market reforms. In a sense, China went from being ideologically bound by Mao’s dictum of “Better red than expert”, to Deng’s famous, “It does not matter if the cat is black or white, as long as the cat catches mice.” Translated into policy – have less ideological rigidness and adopt more pragmatism. This is the critical lesson that Cuba’s new leadership needs to learn.

It is in China’s interest to see a successful Cuba under the Cuban Communist Party. In the broader game of global geopolitics, having a pro-China Cuba, with its strategic location just south of the United States and astride major sea lanes, makes great sense. Considering that the United States challenges Chinese dominance in the South China Sea (which Beijing regards as its own backyard), China can challenge U.S. dominance in the Caribbean (its own backyard). In many respects, China is playing a role similar to the Soviet Union during the Cold War, though the main thrust of the Asian country’s engagement thus far is economic rather than military.

China’s role in Cuba must be observed from the broader perspective of the Asian country’s economic expansion into Latin America and the Caribbean which started in the 1990s, but accelerated in the 2000s. Considering the voracious appetite of China’s industrial/manufacturing machine, Latin America and the Caribbean offer a cornucopia of natural resources, including copper, oil and grains. In 2017, the region’s exports were close to $985 billion, driven, according the Inter-American Development Bank, by renewed demand from China being a major factor.

At the same time, Latin America and the Caribbean serve as important markets for Chinese goods and places for Chinese construction companies to work. Indeed, improvements in transportation infrastructure to facilitate the export of natural resources have been part of the Chinese strategy. This would include China’s help in the construction of a multi-purpose terminal in Santiago de Cuba. R. Evan Ellis, in his China in Latin America (2009) noted that Latin America is an arena for strengthening Chinese foreign policy aims, including securing Taiwan’s international isolation and developing “strategic alliances as part of China’s global positioning as a superpower.”

China’s rising role in Latin America and the Caribbean has not gone unnoticed by Washington. In February 2018, the U.S. Secretary of State, Rex Tillerson, at the beginning of his Latin America and Caribbean tour, criticized China (and Russia) stating, “Latin America does not need new imperial powers that seek only to benefit their own people.”

Cuba faces substantial challenges as it looks to the post-Castro era. The economy is not working, the population is restless, relations with the United States remain complicated, and no one is willing to step up and provide the same level of assistance as Venezuela. It is in this atmosphere of uncertainty that Cuba looks to China as a “revolutionary” ally and important economic supporter of the regime. For its part, China regards Cuba as an ally with a great geostrategic location and will provide a limited amount of assistance, but Beijing is not likely to jeopardize the hugely more important U.S. trade for turning the Caribbean island into a new Cold War outpost. The best ally for China is one with which it can trade and share its geopolitical priorities as well as one that stands on its feet economically, something which Cuba still needs to do. For the Sino-Cuban relationship to take the next step up, Cuba’s new leadership will have make certain that their cats catch the mice.

Scott B. MacDonald is Chief Economist at Smith’s Research & Gradings. He did his Ph.D. in Political Science at the University of Connecticut and Masters in Asian Studies at the SOAS. His areas of expertise include macroeconomics, finance and geopolitical risk. Image credit: CC by Agencia de Noticias ANDES/Flickr.