China, Cuba, and the United States: Intersections and divergences 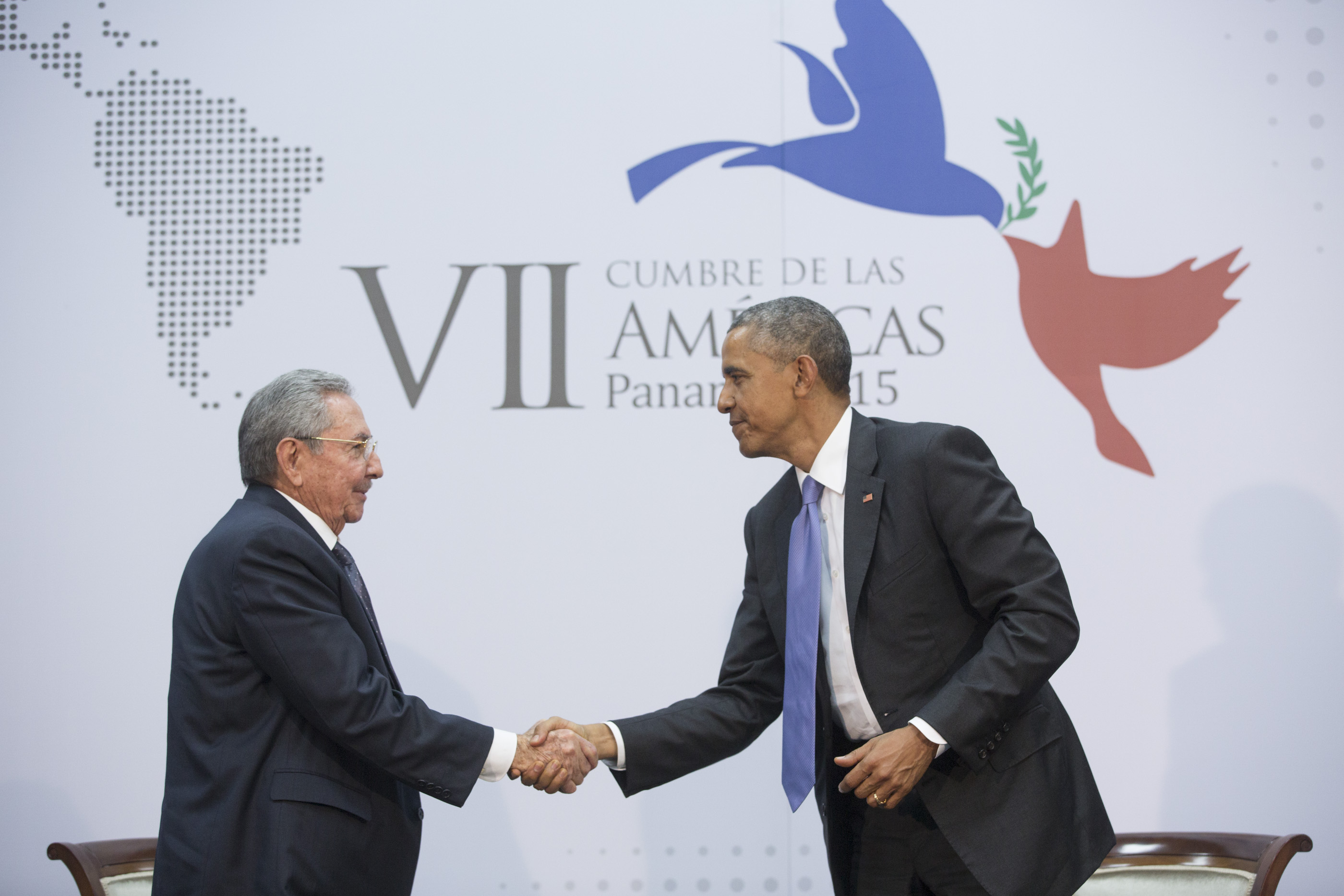 Cuba’s relations with China, and any other nation, are conditioned by its relations with the United States. The bilateral agreements pursued under the Obama administration have had an impact on the island, and president Trump is unlikely to substantially undermine the bilateral détente. Fidel Castro’s death and Raúl Castro’s impending retirement meet the longstanding demand of their foes in the United States that they would never do business with Cuba under a Castro government. Should the current U.S. administration wish to promote trade and investment with Cuba, or should Mr. Trump wish to open a hotel there (as he has openly ruminated), a longstanding symbolic obstacle will no longer stand in the way.

Deeper U.S. rapprochement with Cuba is likely in the long term, and this will condition how Chinese enterprises proceed with their trade and investment there. To this backdrop, this analysis focuses on two aspects of Sino-Cuban economic relations: (1) China’s policy towards Cuba as an investment jurisdiction, and (2) how U.S. sanctions on Cuba have influenced Chinese trade and investment with the island.

More than five decades of engagement have established Chinese suppliers and investors as key actors in Cuba’s development. The two nations established diplomatic relations in September 1960, three months before Cuba and the United States broke official ties. Cuba-U.S. relations were restored in August 2015, and the two have taken steps to “normalise” their economic relationship. This is likely to generate competition between Chinese and U.S. firms as they explore emerging Cuban opportunities. Exploration and extraction of Cuba’s offshore oil reserves and upgrading of logistical infrastructure are among the projects attracting Chinese finance.

Furnishing Cuba with credit to finance the purchase of Chinese exports was an approach advocated by Jiang Zemin during his 2001 visit to Cuba. Credits and loans have since enabled Cuba to acquire Chinese products ranging from home appliances to farm machinery at low cost. Demand for Chinese supplies will increase as Cuban private businesses expand, a point Cuba’s likely next president, Miguel Díaz-Canel, discussed with his Chinese counterpart Li Yuanchao in Beijing in June 2013. Díaz-Canel’s visit secured an unspecified interest-free line of credit for the purchase of Chinese agricultural equipment.

Cuba has accrued at least $6 billion debt to China, much of this in the form of trade credits bestowed by Chinese officials during high-level visits. China continues to financially and politically support the Cuban government, indicating Beijing’s confidence that recent reforms on the island will eventually yield economic results, among them the repayment of loans.

Chinese loans and investments seek to build Cuban markets, productive capacities, and prospects for regional integration. Products that succeed in Cuban markets, whether through private retail or state distribution, have subsequently been assembled on the island. This is evident in the transport and electronics sectors, both of which have benefitted from Chinese technical expertise and investment.

In 2006 the China Export and Credit Insurance Corporation (Sinosure) provided a $1.8 billion revolving credit line to upgrade Cuban transportation infrastructure, and the same year the Cuban government announced that contracts totalling more than $2 billion had been signed to improve the island’s road and rail networks.  Five hundred Chinese freight and passenger train cars were ordered for the rail fleet, with twenty-one locomotives entering service in 2009.  By this time over 1,500 fuel-efficient cars from the Chinese manufacturer Geely had been shipped to Cuba, largely for use by the police and security services.

The most significant development in this sector was Cuba’s 2008 bulk purchase of 1,000 energy-efficient Chinese buses, adding to an initial fleet of 400 purchased in 2005.  Having established itself in the Cuban market, the Chinese state enterprise Yutong shipped components from its factory in Zhengzhou for assembly in Havana.  This reduced the shipping costs by around 15 percent and enabled skills transfer through the training of Cuban personnel by a team of thirty visiting Chinese technicians.  Two hundred of the buses were in circulation by midyear and the other 800 phased in over the following three years.

A similar sales-to-assembly process is evident in the electronics sector. Initially articulated during President Hu Jintao’s 2004 visit to Cuba, this goal took concrete form in a three-story assembly plant in Havana for the production of rice cookers and television sets carrying the Chinese brand Panda. The project proved successful and led to an agreement during Hu’s second visit, in 2008, to establish a joint venture (signed in 2009) between the Grupo de la Electrónica (of the Cuban Ministry of Information and Communication) and the Chinese electronics firm Haier to assemble electro-domestic products (refrigerators, air conditioners, etc.), and computer equipment in Cuba.

Chinese investments seek to harness Cuba’s high levels of human capital to build the island’s capacity as a regional distribution hub. Chinese state enterprises such as Haier, ZTE and others have articulated this strategy since the early 2000s. According to a statement by the electronics firm China Putian Corporation, the company “is an extra large state-owned enterprise directly under the management of the Chinese central government. China Putian Corporation will regard Cuba as a platform so as to develop its business in Latin America.” Any such aspiration will unfold in the context of evolving relations between Cuba and the United States.

How Chinese investment in Cuba is conditioned by the easing of U.S. sanctions

Despite President Trump’s suggestion that he might roll back former President Obama’s easing of U.S. restrictions on economic engagement with Cuba, the economic relationship between the two nations reflects a positive trajectory. This carries implications for Chinese investment, particularly in relation to the island’s consumption and production of Chinese-brand consumer and capital goods. By 2012 annual remittances sent by Cuban Americans exceeded $500 million, and in 2018 they will likely surpass $3 billion. This injection of capital has been critical for Cuba’s emerging self-employed entrepreneurs, whose numbers have grown from approximately 150 thousand in 2010 to 579 thousand in 2017.

Most self-employed Cubans occupy positions in the basic services sector and improvised retail markets, their rise up the value chain inhibited both by a narrow selection of authorized jobs and by the absence of an affordable and reliable supply chain. One component of the supply problem is a lack of finance available to private businesses for purchasing raw materials and inputs. The appearance of the word “credit” eleven times in Cuba’s 2011 economic reform package, the Lineamientos (or Guidelines), signals the state’s recognition of this obstacle.

Cubans have since 2011 been permitted to take out bank loans, but until recently they were required to provide liquid collateral, such as a guarantor with sufficient savings to cover the loan amount. Poor public uptake of loans led the government to relax this condition, authorising the use of jewellery, works of art, and even livestock as collateral while also decreasing the minimum loan amount from 3,000 to 1,000 pesos ($67). Foreign banks such as Canada’s Bank of Nova Scotia are exploring opportunities in the Cuban credits and loans market but have been discouraged by the limited growth capacity of small businesses. In June 2011 Xi Jinping (then China’s vice president) and Jiang Jiemin (president of the China National Petroleum Corporation) visited Cuba to sign thirteen agreements ranging from investment in oil and gas to banking and finance. Underpinning the first Five-Year Plan for Sino-Cuban cooperation, the accords confirmed China’s long-term commitment to assisting Cuba through its reforms as a major provider of credit.

The relevance of Cuba’s economic reforms for Chinese suppliers and investors is evident in the retail sector. The relaxation of U.S. restrictions on remittances under President Obama augmented the purchasing capacity of Cuban citizens. The Cuban government has responded by permitting public access to consumer goods whose direct sale was previously restricted. Chinese exporters have benefitted from this development since electronic and other products carrying Chinese brand names are prominent in Cuban stores and relatively inexpensive.

Following Hu Jintao’s 2004 visit, Chinese mobile phones, dvd players, computers, and other appliances were approved for sale through Cuban government outlets to authorized individuals. By 2008 the chain of supply from Chinese factories to Cuban retailers was well established, enabling Raúl Castro to mark Hu’s second presidential visit by announcing the unrestricted sale of these products to the Cuban public. As noted above, this development coincided with Haier’s investment in a production/assembly facility in Havana. Similarly, since 2009 the Chinese automobile manufacturer Geely has supplied the Cuban police and security services and is now expanding into Cuba’s newly liberalised automobile market. The establishment of regulated supply chains with Chinese support is enabling the controlled opening of sectors that would otherwise remain stocked largely by the black market. In turn, those in the United States who wish to normalise relations with Cuba cite this gradual opening of markets as evidence of political and economic change.

Cuba’s liberalisation of sectors conducive to Chinese exports serves the interests of both governments. For Cuba it provides a secure mechanism for stocking the nation’s wholesale warehouses for the emerging private sector. For China it opens new export markets and an opportunity to recover unpaid loans. A Chinese businessman working in Havana put it this way to the author: “We are hoping to see new opportunities for trade and investment in Cuba…If some market factors can be added to the Cuban economy, Chinese enterprises will have more business opportunities.” To expand the range of goods and services they provide to Cuba, Chinese exporters wish to see the island’s private sector grow and a broader range of projects made available for foreign investment.

Trump’s social media threat to cancel his predecessor’s bilateral agreements if Cuban Americans are not given a “better deal” rings opportunistic. At the core of such a deal would be a settlement between the Cuban state and those whose private property was appropriated by the Revolution in the 1960s. This is a thorny issue, but both sides want to deal with it and are discussing how to do so. Senior sources in Havana report that Trump envoys were spotted meeting with Cuban officials prior to his election. This is logical, they say, because president Obama spent his political capital to make such meetings possible. The business-friendly Republican legislature owes a debt to Trump, and is more disposed to support his policies than it would have been those of Ms. Clinton. Cuban political analyst Rafael Hernández sums up the situation nicely: “Obama has opened the door. All Trump has to do is walk through.”

Adrian H. Hearn is Associate Professor of Spanish and Latin American Studies at the University of Melbourne.  He is author of “Cuba: Religion, Social Capital, and Development” and “Diaspora and Trust: Cuba, Mexico, and the Rise of China” (both with Duke University Press and available for download here). Image credit: CC by Obama White House archives.