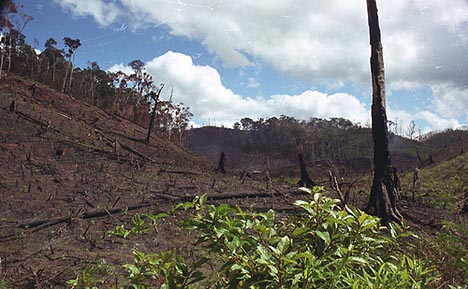 India’s foreign policy has been very energetic in the four years of Prime Minister Narendra Modi’s government.  This greater activism complements India’s growing material power: according to the latest forecast from the International Monetary Fund (IMF), India is expected to grow faster than China in the next two years.  But have India’s strategic options increased?

Pratap Bhanu Mehta, one of India’s leading social scientists and public commentators, argues it has not.  In a sharp critique in the Indian Express newspaper, Mehta claims that “India finds itself increasingly cornered into a strategic cul-de-sac” because the “strategic space to address its core concerns does not seem to be expanding” despite Modi’s active diplomacy, while “doubts about its military capabilities are growing equally louder” despite the bluster about India’s power.

Nonalignment was possible when neither of the two polar powers were a direct threat to India, a condition that no longer holds.  China’s rise is a reality that limits India’s space in ways that India cannot entirely control.

Mehta is not entirely wrong but his criticism is far too broad.  India continues to face significant inadequacy in developing its hard power capacities and the Modi government has not performed much better than the previous Congress-led UPA (United Progressive Alliance) government, either in actual results or even in setting in place the administrative reforms necessary for generating this in the future.  The declining Indian budget that Mehta points to is one indicator of the problem: developing hard-power capabilities take a long time: as one analysis put it, military capability is “a relatively inflexible external constraint in the short term”.  Continuing low defence budgets, especially given India’s massive military which results in a huge pension bill, will without question erode Indian military capability.

One example: India’s air force is down to 31 squadrons of combat aircraft, well below the 42 squadrons that the air force thinks is needed, and could go down to as low as 16 squadrons by 2032 because India has just cancelled its plans to acquire a new single-engined fighter.

But an even more serious problem than equipment is the continuing problem with India’s civil-military relations that undermines its ability to use military power as a politically-directed strategic tool.  Despite a well-established tradition of civilian supremacy, India’s political leadership is so reluctant to involve itself in military operational matters that it appears that individual services are preparing to fight their own wars rather than fight together.  “Jointness”, one institutional form of such common preparation, is so poor that one analysis notes that it calls into question India’s ability to meet the ‘two-front threat’.  India has a long way to go: a recent military effort at outlining a “joint doctrine” was justifiably characterized as “amateurish”.

These are real problems with potentially serious negative consequences down the road, and they are made worse by what Mehta characterizes as the Modi government’s “bluster”.  Valid as this criticism is, it must also be noted that Indian foreign policy has traditionally been loud-mouthed: as Shashi Tharoor once put it, India, for decades, “seemed to take greater satisfaction in being right than in being diplomatic”.  This needs to change.  Despite India’s economic growth, it remains a relatively weak player both in relation to China and in world politics.  India’s diplomacy should recognize and tailor itself to this reality.  Both hyper-nationalistic and moral posturing leads to various forms of commitment trap, when unnecessary rhetoric writes cheques that either capabilities or interests won’t allow to be cashed.

Mehta is on weaker ground when it comes to India’s growing appreciation of strategic alliances.  China’s dramatic rise has altered India’s strategic circumstances in ways that India cannot fully control.  But because this affects others equally, it also opens up some options for India.  Thus, New Delhi has been pursuing closer ties with the US as well as with various East Asian states for several years, even under the previous UPA government.  But the process has definitely accelerated under Modi, driven largely by China’s growing assertiveness towards its neighbours.  More importantly, this shift in Indian policy is necessary precisely because of the problems with India’s hard power capabilities that Mehta outlines.  The weaker the domestic hard power capabilities, the greater the need for allies.

That makes it harder to understand Mehta’s assertion that, though the pursuit of such alliances are “worthwhile initiatives in their own right”, they do not “help mitigate India’s core vulnerabilities”.  Mehta seems to be suggesting that such partnerships should be sought purely for the sake of better bilateral relations rather than as part of an effort to improve India’s strategic resources.  He may be right that acquiring these resources without knowing how to use them does not add to India’s capabilities. But this speaks to the earlier point about India’s inability to understand how to generate national power out of the resources it has or acquires rather than about the utility of these resources.  This cannot be an argument not to acquire such resources.

Another problem with this assertion is that acquiring allies should not be seen simply as a way of generating hard power.  The challenge that China represents is more than just a military threat: it is also a political challenge because China can and will attract support from a wide swath of the world’s developing countries, especially those that are far enough from China to not have to worry about it as a military threat.  Thus, for India, these allies are not just a military asset but an important political crutch too.  On the other hand, it is also necessary to understand that the purpose of these partnerships is to help India balance China, not Pakistan.  Though Pakistan does represent a significant threat, it is far weaker than India.  India’s inability to corral the Pakistan threat speaks more to a failure of political strategy than any inadequacy in Indian power.

Similarly, China’s inroads into India’s neighbourhood is not a reflection of India’s weakness, any more than India’s growing closeness to China’s neighbours is a reflection of China’s weakness.  They reflect the natural worries of weaker states, which they seek to assuage with powers from outside the region.  New Delhi will have to understand such concerns among its smaller neighbours and do its best to address them but understand also that the huge imbalance of power in the region means that these cannot be entirely overcome.  This is a continuing diplomatic task but there is little contradiction between engaging within the neighbouhood and building partnerships outside it.

If anything, India has been too slow in recognizing the multifaceted challenge that China poses.  Though this is changing, Mehta’s essay is an indication that significant Indian elite opinion is still wedded to ideas of nonalignment, modified somewhat into Nonalignment 2.0, despite the radically altered contemporary power equations. Nonalignment was possible when neither of the two polar powers were a direct threat to India, a condition that no longer holds.  China’s rise is a reality that limits India’s space in ways that India cannot entirely control. India certainly needs to do better in some areas, but India’s partnerships are what helps it avoid a strategic cul-de-sac.

Rajesh Rajagopalan is a Professor of International Politics at Jawaharlal Nehru University. He tweets @RRajagopalanJNU. Image credit: by Indian Ministry of External Affairs/Flickr.