China’s presence in Cuba and its cultural production

Home /China, China-Cuba, Culture and Society/China’s presence in Cuba and its cultural production 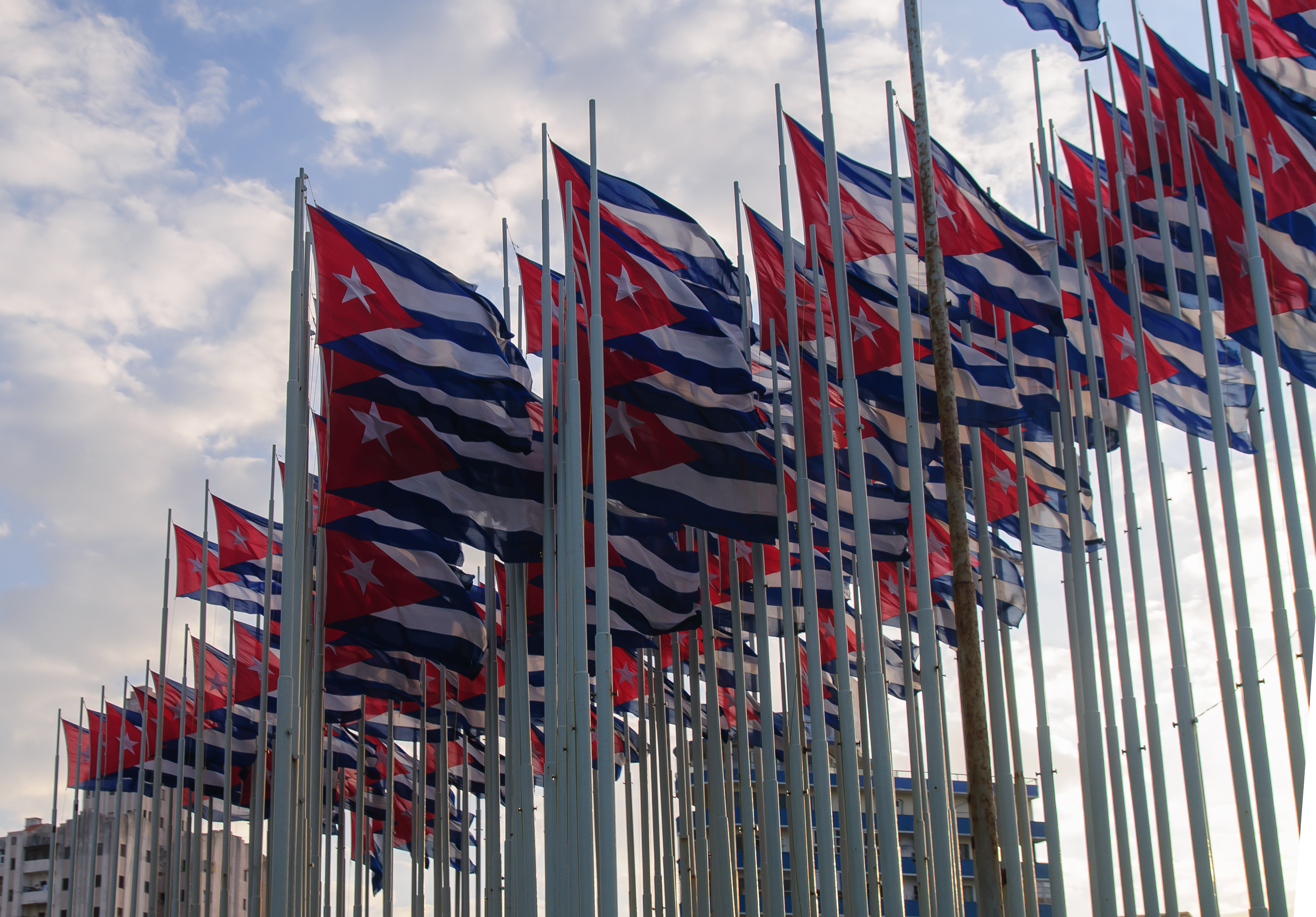 In recent decades, the political influence of Chinese ethnic communities throughout Latin America and the Caribbean has evolved under the shadow of the new geopolitical and economic impact of the People’s Republic of China. In the last fifteen years, for example, China has increased by twenty-two times the volume of its investments and commerce with Latin America ($90,000 in 2016). Just in the last decade, China has signed free trade agreements with Chile (2005), Peru (2009), and Costa Rica (2010).

Today, 8 percent of Latin American exports are destined for China; it is, in fact, the first destination for Brazilian, Chilean, and Peruvian exports, and the second for Argentine, Costa Rican, and Cuban ones. China became in 2010 the third major investor in Latin America and the Caribbean, after the United States and the Netherlands. But it is now beginning to extend its influence beyond economics and into politics, academic, sociocultural, and media exchanges, always making an effort—often inviting Latin American representatives to conferences in China—to improve its image in the region. Confucius Institutes in Latin America and other regions, which are supposed to be tasked only with teaching and promoting Chinese language and culture, have been seen as a tool for expanding Chinese political influence through the soft power of cultural activities. The Confucius Institute has gone from opening the first institute in South Korea in 2004 to more than 1,000 in 134 countries by 2015. Nine Latin American countries now have Confucius Institutes.

Tellingly, a week after Donald Trump’s election as president, President Xi Jinping travelled to Latin America for the third time in three years, delivering the message that China wants to be the region’s main ally. Meanwhile, President Trump’s “America First” nationalist and protectionist focus on breaking trade treaties and alliances with Latin American countries is contributing to opening the door to further Chinese involvement. Not surprisingly, Panama, a traditional US ally, has now reactivated diplomatic relations with China, opened an embassy in Beijing, and signed twelve agreements dealing with commerce, tourism, and cultural exchanges. The few times President Trump mentions Latin America, and particularly Mexico, is usually in connection with unauthorized immigration and drug-trafficking, an attitude that is not winning him any friends in the region. If NAFTA disappears, China may well become an attractive alternative for Mexico; and Cuba may well follow in Mexico’s footsteps.

In Latin America and the Caribbean, China’s new symbolic, as well as real, power is affecting how ethnic Chinese communities see themselves and are perceived by others in the region, which, by extension, may also transform how their cultural production is interpreted. R. Evan Ellis assures, in his China in Latin America (2009), that, partly as a result of the United States’ retreat from the region, China will continue to increase economic ties in Latin America, predicting that Chinese corporations and Sino-Latin American communities will also participate more deeply in local politics. According to Ellis, considering that a very important factor in these commercial undertakings is the ability of local companies to do business with China, the presence of ethnic Chinese communities in a Latin American country can help build links between China and Latin American countries, including Cuba.

During the last decades, the counter-hegemonic narratives of many Asian Latin American authors, artists, and filmmakers have refused to allow the ancient cultures they have inherited to be disqualified as inadequate, either by universalist, Eurocentric claims, or by (the sometimes epistemicidal) official discourse of mestizaje. In fact, their inheritance of ancient respective cultures is often evoked as a source of pride, sometimes approaching the rhetoric of nationalistic discourses. In their writing, one can sense a will to power and a claim to place, simultaneously pointing out their cultural difference and their true belonging to their respective Latin American or Caribbean countries. As I explained in my 2008 study Imaging the Chinese in Cuban Literature and Culture, the influence of immigrants from south-eastern China since their first arrival as indentured laborers in Cuba in 1847 in Cuban cultural production, including literature (novels, testimonials, memoirs, plays), cuisine, film, music, and even the language, should not be underestimated. One way to understand the heritage, presence, and potential influence of the Chinese in Cuba is precisely through the analysis of this cultural and literary history.

The semi-slavery of coolies (苦力) —who replaced slaves long after abolition and in some cases worked side by side with them—was recorded in many coolies’ depositions collected in a 1876 Chinese government report, which was translated into English and published in an oral history document under the title The Cuba Commission Report: A Hidden History of the Chinese in Cuba (1877). In this invaluable text, the Chinese detailed how many of them were swindled during their recruitment, the appalling conditions of the voyage, and the abuses they suffered in Cuban fields. The coolie experience in Cuba is also documented in Antonio Chuffat Latour’s Apunte histórico de los chinos en Cuba (1927) as well as in Miguel Barnet and Esteban Montejo’s testimonial Biografía de un cimarrón (1966). This tragic history, along with the Chinese immigrants’ determined resistance and inevitable hybridization through a progressive adaptation to Cuban mainstream society is also recorded in the 1989 documentary film Nadie escuchaba (1989), produced and co-directed by Néstor Almendros and Jorge Ulla, as well as in Cristina García’s novel Monkey Hunting (2003).

Cuban literature is full of examples of Orientalism and self-Orientalization, sinophobia, eroticization of Chinese women, as well as representations of religious syncretism and other types of transculturation. The Chinese presence in Cuba was also suspiciously erased from the oeuvres of great Cuban thinkers such as José Martí and Fernando Ortiz, who were crucial in the creation of a self-definition of Cuban national identity. Yet the Chinese presence on the island’s imaginary ultimately disrupted the official black and white dichotomy of the discourse of mestizaje. This is well recorded in works such as Gestos (1963), De donde son los cantantes (1967), Cobra (1972), Colibrí (1984) and Maitreya (1977) by Severo Sarduy, who had Chinese ancestors himself, even if he often resorted to Orientalist tropes dealing with the purported passivity and cruelty of this social group. Cuban exiles, including Zoé Valdés, Mayra Montero and Cristina García, have also contributed to the literary representation of the Chinese in Cuba.

The descendants of the original Chinese coolies are not strangers to this approach. Indeed, self-orientalising approaches—some deliberate and others possibly unintentional, and not necessarily negative—are noticeable in Regino Pedroso’s poetry collections Nosotros (1933) and El ciruelo de Yuan Pei Fu (1955), Flora Fong’s and Pedro Eng Herrera’s paintings, and in the María Lau’s photography. As a result of either socio-historical circumstances or literary/artistic trends, some of these writers and artists of Chinese ancestry re-discover their heritage, introducing Chinese topics in their work, even if, in some cases, until that point they rarely identified with that culture or were familiar with it.

Along these lines, Chinese-Cuban self-definition and self-representation in texts such as Apunte histórico de los chinos en Cuba and Our History Is Still Being Written: The Story of Three Chinese-Cuban Generals in the Cuban Revolution (2005) contribute to the construction of an ethnic subjectivity. These identitarian definitions take perhaps less expected routes, such as the participation of the Chinese in the independence wars against Spain and in the Cuban “internationalist” missions in Africa.

The works by the Chinese in Cuba and their descendants produce a diasporic ethnic discourse that is timed to a will to power. Writing becomes a tool for social empowerment and political agency. Ultimately, it is also an affirmation of their national belonging to the Cuban project.

Ignacio López-Calvo is Professor of Latin American Literature at the University of California, Merced. His blog can be found here. Image credit: CC by PxHere.

Turbulence above the Taiwan Strait
India: Avoiding a strategic Cul-de-sac