What can Cuba and China learn from each other?

Home /China, China-Cuba, Politics/What can Cuba and China learn from each other? 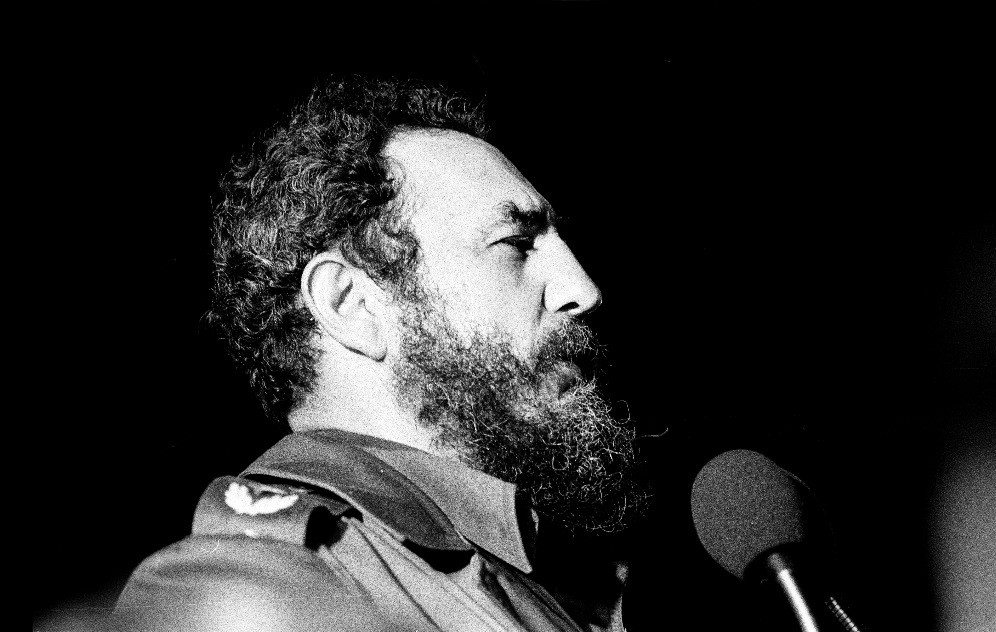 Although China and Cuba are totally different in terms of their economic size, endowment in resources, geographical locations and cultural traditions, they still can learn from each other in pushing forward their economic reforms. Fidel Castro admired China’s economic success. During his first visit to China in November 1995, Castro was deeply impressed by the progress China had made. On the ancient Great Wall, he highly praised the glorious Chinese history; and in the rapidly developing Shenzhen Special Economic Zone, he “saw the hope of China”. It was reported that Castro wanted his country to learn from the Chinese way of reforms.

By comparing the reforms implemented in China and Cuba, we can draw the following implications that can serve as a hint regarding what the two countries can learn from each other.

Reforms should be guided by a theory

Deng Xiaoping Theory is a continuation and development of Mao Zedong Thought. It guides China in successfully accomplishing their socialist modernization in the process of reform and opening to the outside world. It integrates Marxism with the realities of present-day China. In other words, Deng Xiaoping Theory is Marxism of the present-day China, representing a new stage of development of Marxism in China.

In the essence, it deals with the question of how to build socialism with Chinese characteristics. This theory was gradually formed and developed under the historical conditions in which peace and development have become the main themes of the times. By reviewing the historical experience of successes and setbacks of socialism in China and other socialist countries, this theory serves China’s reform and opening to the outside world. It is Deng Xiaoping Theory that has been guiding China’s reform process.

Addressing a symposium on August 20, 2014, to mark the 110th anniversary of the birth of Deng Xiaoping, CPC Secretary-General Xi Jinping said that the most important political and theoretical legacy of the late Chinese leader is socialism with Chinese characteristics, and socialism with Chinese characteristics fits China’s reality and meets the needs of the times, which is why it works.

It seems that Cuba’s reforms are not guided by any clear-cut and well-defined theory, except for the fact that Cuban leaders, particularly Fidel Castro and Raúl Castrol, have repeatedly said that Cuba’s reforms should be carried out within the principles of socialism. A theory based on Marxism, Cuba’s national realities, and the thinking of the whole populations and party-government leaders might be needed.

The mind should be emancipated

Reforms undertaken by the socialist countries like China and Cuba cannot follow precedent experience in history. Therefore, in the words of Deng Xiaoping, it is necessary to “cross the river by feeling the stone”, meaning that it is necessary to explore every possible ways and means to find out which way is the best for reforms.

In early 1991, concerned with the possibility of retreat on the path of reforms, Deng Xiaoping, who was then celebrating the traditional Spring Festival in Shanghai, said to the Shanghai municipal leadership, “do not believe that planning belongs to socialism and market belongs to capitalism. Both are instruments. Market can also serve socialism.” He called upon the officials to be “more liberal, braver and swifter” in pushing forward the reform process.

Unlike China, Cuba does not believe that market is important in carrying out reforms. It seems that Cuba wishes to reform, but will not walk towards a market economy. From its perspectives, socialism and market economy are not compatible.

Emancipating the mind can also contribute to a better distribution of the different elements in the ownership system. Since China and Cuba are socialist countries, they cannot rely on privatization to improve the ownership structure. Rather, they must keep public ownership as the foundation of their socialist economic system. At the same time, however, being in the primary stage of socialism, they need to develop diverse forms of ownership with public ownership in the dominant position.

In China, emancipating the mind resulted in the consensus that the public sector includes not only the state- and collectively-owned sectors, but also the state- and collectively-owned elements in the mixed ownership. Although the private sector has been growing rapidly, public assets still occupy a dominate position in total assets of the country and the state-owned sector controls the “life-blood” of the national economy.

Cuba has been trying to diversify its ownership system by opening some sectors to private business. Compared with China, Cuba needs to quicken its steps in this regard.  As some Chinese scholars put it, the Cuban leadership should take a more tolerant attitude towards the non-public sector.

China’s reforms have resulted in several negative side-effects such as wide income gap, grave social issues, environmental damages and corruption. Before the 1980s income distribution in China was remarkably equal, or even egalitarian. The gini coefficient for the urban-rural inequality was only 0.16. A well-known expression known as “iron rice bowl” or “big pot rice” vividly depicted the mentality of the people at that time, meaning that everyone ate the same share of rice from the “big pot” or “big bowl” as rice is the staple food in China and it is made in a pot and eaten in a bowl.

Deng Xiaoping was wise enough to proclaim that “to get rich is glorious”. He also said, “let some people get rich first”. However, it must be pointed out that income inequality in China has become a dangerous issue, generating social tensions and many other problems. Wide gap of income distribution in China is believed to be closely related to the emergence of many social problems such as rising crime rates, declining social ethics, weakening trust, hatred for the rich, etc., severely threatening social harmony in the country.

Cuba has been favorably considered as a good example of keeping income distribution relatively equal although legalization of the use of the dollar from the mid-1990s onward had created social inequalities. When reforms are to be deepened, maintaining equal income distribution will be much difficult. Therefore, despite its good reputation of maintaining equality today, Cuba should keep the Chinese lesson in mind and guard against the inevitable widening income gap in the future.

Seeking higher GDP growth rate at the sacrifice of the environment protection has made China famous for the grey sky in Beijing and many other cities. So far Cuban people have never seen any smog. They must remember what Chinese President Xi Jinping said: Clear water and green mountains are more valuable than mountains of gold and silver.

Corruption simply means the use of public office to pursue private gain in ways that violate laws and other formal rules. Corruption is not the inevitable side-effect of economic reforms. However, countries making the transition to a market economy often experience an increase in corruption along with growing economic wealth. This is because reforms tend to create opportunities that make it easy for some people to engage in rent-seeking activities. This has been proved in places like Latin America, Russia, the East European countries and elsewhere.

Unfortunately, China is suffering from severe corruption, which has aroused public discontent or even anger. Even such high-level official like Zhou Yongkang, member of the Standing Committee of the Political Bureau of the Central Committee of the Communist Party of China, became a “tiger”, a nickname for those VIPs who have committed corruption activities.

Since President Xi Jinping assumed office, he has regarded anti-corruption as an issue that affects the Party’s and country’s survival. He said the campaign has reaffirmed the CPC’s resolve to consolidate the trust of the people, improving the Party’s ability to deepen reforms.

It seems that Cuban officials at different levels do not enjoy much more privileges than the common people. So Corruption in Cuba is much less wide-spread although it is far from non-existent. China can learn from Cuba by effectively educating the officials to behave themselves. But Cuba needs to be highly vigilant against any possible occurrence of more corruption when reforms proceed further and further.

As socialist countries, Cuba and China should have their own values compatible to their political system and traditional cultures. Indeed, for them, socialist modernization requires both a high level of material civilization supported by a prosperous economy and a high level of spiritual civilization based on a flourishing culture. Economic reforms need to serve this objective.

For any country in the world, when the door is opened, foreign influence, positive and negative alike, will come in and traditional cultures and values will be faced with great challenges. This is also true for China. Since the reform process stated more than two decades ago, China’s traditional cultures and values seem to be on the defense. But it does not mean that China should keep a blind eye to any foreign cultures. Rather, “when the window is opened, a screen is needed to keep the mosquitoes and flies out of the house”, as Deng Xiaoping once urged.

With the reform process proceeding forward, Cuba would be increasingly faced with a similar task of “keeping the mosquitoes and flies out of the house”. Its close geographical location with the United States might make it harder for Cuba to do so.

It is encouraging to see that both China and Cuba have realized the importance of sticking to socialism and upholding the leadership by the Communist Party. Both countries are determined to improve their political structure through political reforms, but they will not adopt the western political system. “Only the wearer of a pair of shoes knows if they fit, and only the people can best tell if the development path they have chosen suits their country,” said Xi Jinping.

Jiang Shixue is Professor and Director of the Center for Latin American Studies at the Shanghai University, China. Image credit: CC by Wikipedia Commons.

Why is Myanmar burning while Sri Lanka is not?
What's at stake in Tripura's election?