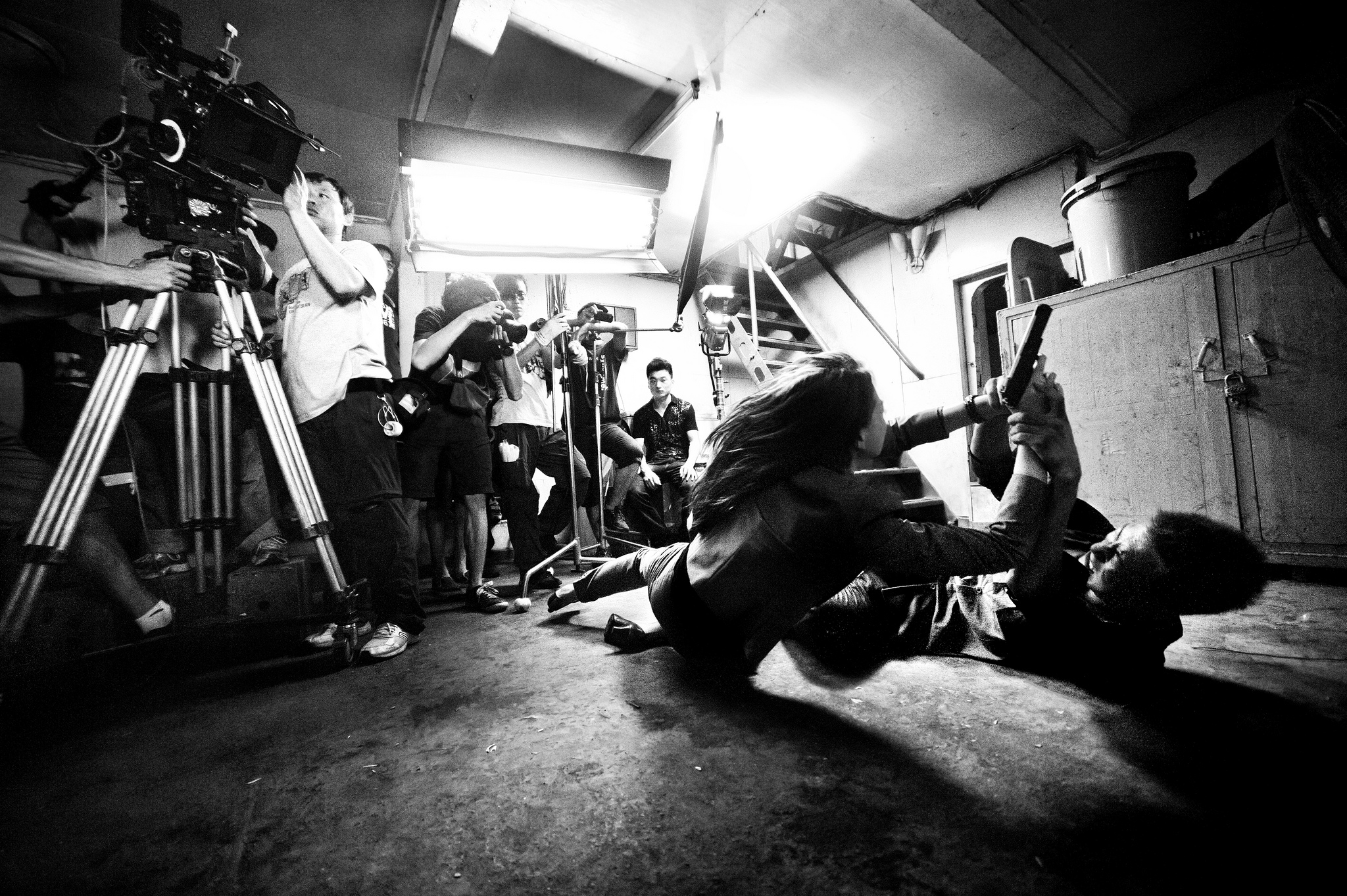 2017 has been a very interesting year for the Chinese-speaking world (allow me not to dwell on the politics of the matter). The collaborations between China and Hong Kong have resulted in a number of blockbusters; Chinese filmmakers continue to produce unique (original if you prefer) films; Hong Kong is trying to recapture its former status as a film production centre with the help of governmental initiatives, while Taiwan keeps producing masterpieces in a range of genres.

Here are ten of the best films released last year, with a focus on diversity. Some of the films premiered in 2016, but since they circulated mostly in 2017, I took the liberty of including them.

Granted, this does feel like more of the same in relation to the original, but the film’s sense of fun makes it a more than worthy effort overall. On the whole, this emerges as recommended viewing for any fan of the original Wolf Warrior movie or those who enjoy these over-the-top action set pieces, although fans who find fault with such films would be wise to proceed with caution with this one. (Don Anelli)

Andrew Wong Kwok-huen in his debut directs a film that functions as a very harsh critique of the correctional facilities in the country, particularly the ones for juvenile offenders, which are considered (as stated in the movie) much worse than those for adults. In that fashion, the circumstances are truly hellish, leading many of the convicts to despair and even suicide, despite the relatively short period of incarceration (a few months). The correctional officers are portrayed as true villains, who repeatedly state that they consider the inmates scum with no chance of rehabilitation, thus justifying their despicable behaviour, at least to themselves. (Panos Kotzathanasis)

The rather abstract story shows Xu Bing leaving the monastery she inhabited to experience the “actual” world. She takes odd jobs, on a cow farm, in a dry cleaners, and in a restaurant, however, something always happens which results in her being fired. The only one who seems to stay by her side is Ke Fan, a man who has feelings for her, although unrequited. Eventually, Xu Bing disappears, Ke Fan searches for her desperately, and the concept of plastic surgery comes to the fore. (Panos Kotzathanasis)

If fans of gore films are looking for a straight out action packed, bloody slasher treat, they could be disappointed here. Nevertheless, the beginning and the end of The Sleep Curse are really well put together, whereas the middle subplot is rather slow. But Herman saves all the bloody bits like until the very end and he succeeds with flying colours. This gory slasher actually has some historical meaning added to the mix that makes you think and take note. (David Chew)

Behind the spy-thriller veneer, this is a quintessential Ann Hui film and the espionage theme quickly reverts to the director’s trademark perspective, where the war is filtered through the eyes of ordinary people dealing with tragic and unexpected circumstances. Far from a traditional war epic “Our Time Will Come” is instead a powerful portrayal of endurance and struggle. Fights are sporadic and often in the background, what we see, rather, are the subtle details of the everyday life under strain, little gestures, stretching the rice, wartime economy, giving shelter, all narrated with Hui’s delicate touch and empathy. Every single scene of the movie possesses an undercurrent of emotion but the director chooses to maintain a quiet and distant tone. Understated and realistically narrated, the story unravels in front of our very eyes without using a defined point-of-view character. (Adriana Rosati)

I felt that the true value of the film and particularly of Feng’s direction lies not directly on the surface, but more in what lies underneath. In that fashion, the movie may seem to exemplify the Mao era, but a number of episodes undermine this sense, like the one with Liu Feng for example, which also serves as a dark twist in the whole concept of the romance between youths. Likewise, although the production seems to abide with the Chinese guidelines about movies, Feng has managed to include an underlying sensualism that presents itself briefly but rather frequently, in locker rooms and dark alleys. (Panos Kotzathanasis)

Evidently, this a very difficult film to watch, both due to its unflinching realism and the lack of action. But Wang Bing makes a point of showing that he does not care; his purpose is to depict the actual circumstances of a dying woman in present-day China. Death is not something spectacular, but a slow and uneventful journey into nothingness, and “Mrs Fang” depicts this reality as truthfully as possible. (Panos Kotzathanasis)

“The Great Buddha +” is a formally inventive, socially conscious, perceptive, and most important of all, humorous work of art. Huang’s tragic-comic vision is definitely one of the most exciting things from Asian cinema this year. (I Lin-liu)

Vivien Qu has blended with style and measure an art house visual with an impeccably narrated crime procedural, adding layers and nuances to a story where a complex web of emotions and perspectives are at play. Yet, her direction is confidently detached, supported by accomplished editing work by Yang Hongyu. (Adriana Rosati)

As the documentary progresses, the confessions become more and more shocking, starting with the film-maker’s mother’s girlfriends talking about sex (which must not have been easy), A-nu’s relationship and feelings for her husband, and finally, Huang’s own confession, which sheds light on her life as a child. Through all of the above, Huang seems to pose three, very important questions: does my mother love me, did she want to have my sister and me in the first place, and if so, why did she neglect us for so many years? These questions, with the first standing above all, form the basis of the film, with the remainder existing to provide answers. This aspect, and a kind of an answer, is delightfully presented in the final scene, where Huang’s infant daughter is the protagonist. (Panos Kotzathanasis)

The article was first published at Asian Movie Pulse. Panos Kotzathanasis is a writer and critic, specialising in Asian cinema. Credit: CC by Jonathon Kos Read/Flickr.

Filling the Void: Chinese-Cuban Relations Continue Apace
Who is the Chinese soccer consumer and why do Chinese watch soccer?