Why is Myanmar burning while Sri Lanka is not?

Home /Burma/Myanmar, Sri Lanka, Violence/Why is Myanmar burning while Sri Lanka is not? 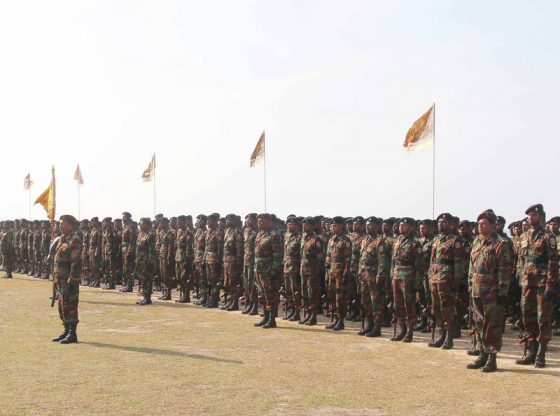 How and when does an ethnic conflict turn violent? Who plays the decisive role in politicising an ethnic group? What are the tools or strategies that are used to politicise an ethnic group? Using the examples of ethnopolitical conflict in Sri Lanka (latent) and Myanmar (active), this article attempts to answer these questions.

The Tamil in Sri Lanka

For over 25 years, Sri Lanka went through the bloodiest period of its history. This period was characterised by an ethnic conflict between the Buddhist Sinhalese majority and the Hindu Tamil minority that, according to some estimates, resulted in more than 100,000 deaths. The Liberation Tigers of Tamil Eelam (LTTE), arguably the most sophisticated and feared terrorist organisation in the world with a large support base, regional and international connections and an elaborate command and control and operational setup was finally defeated in 2009 when its top leadership was killed by Sri Lanka security forces.

This wave of violence against the Rohingya was not the first time Buddhists had targeted the Rohingyas. Much like Sri Lanka, the ethnic violence in Myanmar has a history.

The Tamil-Sinhalese conflict has its roots in colonial rule. Prior to gaining independence in 1948, the Sinhalese believed that the British colonial masters discriminated against them in favor of the Tamils. This sense of discrimination gave rise to Sinhalese political nationalism. The situation changed with Sri Lanka becoming independent. As the Sinhalese were in majority, they became the dominant group and established their own government. According to the Tamil nationalist narrative, Sinhalese dominated Sri Lankan governments passed a number of legislative acts that intentionally marginalized the Tamils. This resulted in the intensification of ethnic tension between the two groups, resulting in violent clashes and riots. The civil war broke out in July 1983 primarily between the Sri Lankan government and the Liberation Tigers of Tamil Eelam (LTTE).  In May 2009, after a brutal and ruthless military campaign, the last of the LTTE controlled areas were captured and its leadership was killed by the Sri Lankan army. According to media reports, between January and May 2009, almost 70,000 civilians were killed by the Sri Lankan security forces.

According to various estimates, almost 300,000 people were internally displaced. Many were detained and ill-treated in various camps established by the Sri Lankan Army. According to media reports, almost 70 percent of these Internally Displaced Persons (IDP) have returned to their home regions, but are still suffering various problems. In some cases, the homes and lands of former IDPs are now being used by the army and security forces. Another important issue is that of war widows. Estimates place at least 40,000 war widows in the area. They not only require support and opportunities so that they can feed their families, but they are also dealing with the psychological effects of still having soldiers stationed in the area.

This further polarized the country. While the South and East Sri Lanka celebrated this as victory, in the north the mood was grim, with a profound sense of loss: lost husbands, children and siblings, the denial of basic human rights and continuous threat, first, to stay in line with the LTTE’s agenda (many were forcibly recruited by the LTTE) and now (allegedly) indiscriminate targeting by the security forces.

According to the Tamil nationalist narrative, “Tamils have a collective sense of suffering and continue to live in fear and are killed every day.” According to this narrative, since the defeat of the LTTE, the Tamils in the north have been denied basic human rights, their places of worship and cultural or religious symbols and places are destroyed; rape is routinely used as a weapon of repression; and the ethnic makeup of the region is being re-engineered. Adding to all this is, perhaps, the biggest problem; the sense of victory in the Sinhalese community in Sri Lanka. There are many positive developments. Yet many Tamil organizations and groups especially among the Tamil diaspora claim that the Tamils are suffering, and that a genocide of Tamils is taking place. This is a highly controversial and debatable claim, but this is how conflict supportive and grievance-based narratives work. The distrust and the fear of the other is mutual as demonstrated by the victory of former president Mahinda Rajapksa’s led SLFP in the recent elections. He successfully contested the election on the pretext that the central government had betrayed the country’s national interest to LTTE proxies. The key question is: will Rajapksa’s victory will lead to the resurgence of Tamil ethnic nationalism?

The Rohingya in Myanmar

It was only a matter of time that the violence spread beyond Rakhine State to Central and Northern Myanmar in the cities of Meiktila and Lashio. It is reported that in Rakhine state alone more than 200,000 people are displaced and a yet to be ascertained number of people have lost their lives since the violence began. Myanmar security forces are accused of mass killings and gang rapes of noncombatant Rohingya civilians, and blamed for crimes against humanity and ethnic cleansing. It is generally believed the central government of Myanmar has been following a state policy of mass-murdering Rohingya civilians. A number of Rohingya militant groups have emerged, prime amongst them is the Arakan Rohingya Salvation Army (ARSA) that has conducted various attacks on Myanmar’s security forces.

This wave of violence against the Rohingya was not the first time Buddhists have targeted the Rohingyas. Much like Sri Lanka, the ethnic violence in Myanmar has a history. In the 1930s, Buddhists and Rohingyas clashed, giving birth to Doh Bama (We Burma) nationalist movement. Doh Bama further strengthened Buddhist ethno-nationalism in Burma (Myanmar). Both groups were on opposing sides once again during World War II. During the Japanese occupation of Burma (1942-45), the Rohingyas sided with the British, further increasing the ire of the Buddhists. Next, the Rohingyas opposed the Burmese Independence Movement resulting in another wave of violence between the two. At the time of Burmese (now Myanmar) independence, Rohingyas made yet another ill-fated decision; instead of integrating with the state, they rebelled against the newly independent government and started a secessionist movement that lasted for almost 17 years (1948-65). This movement aimed at creating an independent state that would join then East Pakistan (now Bangladesh).

Both ethnopolitical conflicts have a grievance based conflict supportive narrative. Yet, one is latent (Sri Lanka) while the other is active (Myanmar).

In 2012, when Ma Thida Htwe was allegedly raped and murdered by a Muslim, the Buddhist elite (especially Ashin Wirathu, a senior abbot in the Masoeyein Mandalay Buddhist monastery) framed it as yet another Rohingya ‘crime’ against them. Ashin Wirathu, the main driving force and key figure behind the 969-movement advocating a boycott of Muslim-owned businesses once stated that the 969 movement is the protector of Buddhism from “aliens” or non-native persons. Ashin’s 969 played a significant role in formulating and propagating the anti-Rohingya narrative that linked Ma Thida Htwe’s rape with the Rohingya’s past ‘crimes’. According to this narrative that is based on collective memory of the Buddhist majority in Myanmar, the Rohingya have never integrated into the Burmese state and society and are conspiring to make Myanmar into an Islamic country through their “terrible birth rate.”

The power of this narrative is such that once highly regarded Noble peace prize winner Aung San Suu Kyi has firmly sided with the Buddhist majority against the Rohinygas.

What do these two ethnopolitical conflict informs us about the question raised in the beginning of this article? Both ethnopolitical conflicts have a grievance based conflict supportive narrative. Yet, one is latent (Sri Lanka) while the other is active (Myanmar). The main reason for this is the presence or otherwise of a leadership and a triggering event. Since the LTTE defeat, according to the Tamil nationalist narrative, nothing has changed for the Tamils. However, they lack a leader and a triggering event that can be manipulated for the resurgence of violence. In Myanmar, Ashin Wirathu through his 969-movement provided such a leadership manipulating the triggering event: Ma Thida Htwe’s rape and linking it with the already existing (imagined and/or real) grievance-based narrative against the Rohingyas.

Cuba and China: Internationalists at work in a U.S.-led world?
What can Cuba and China learn from each other?