China’s Voice for the Voiceless 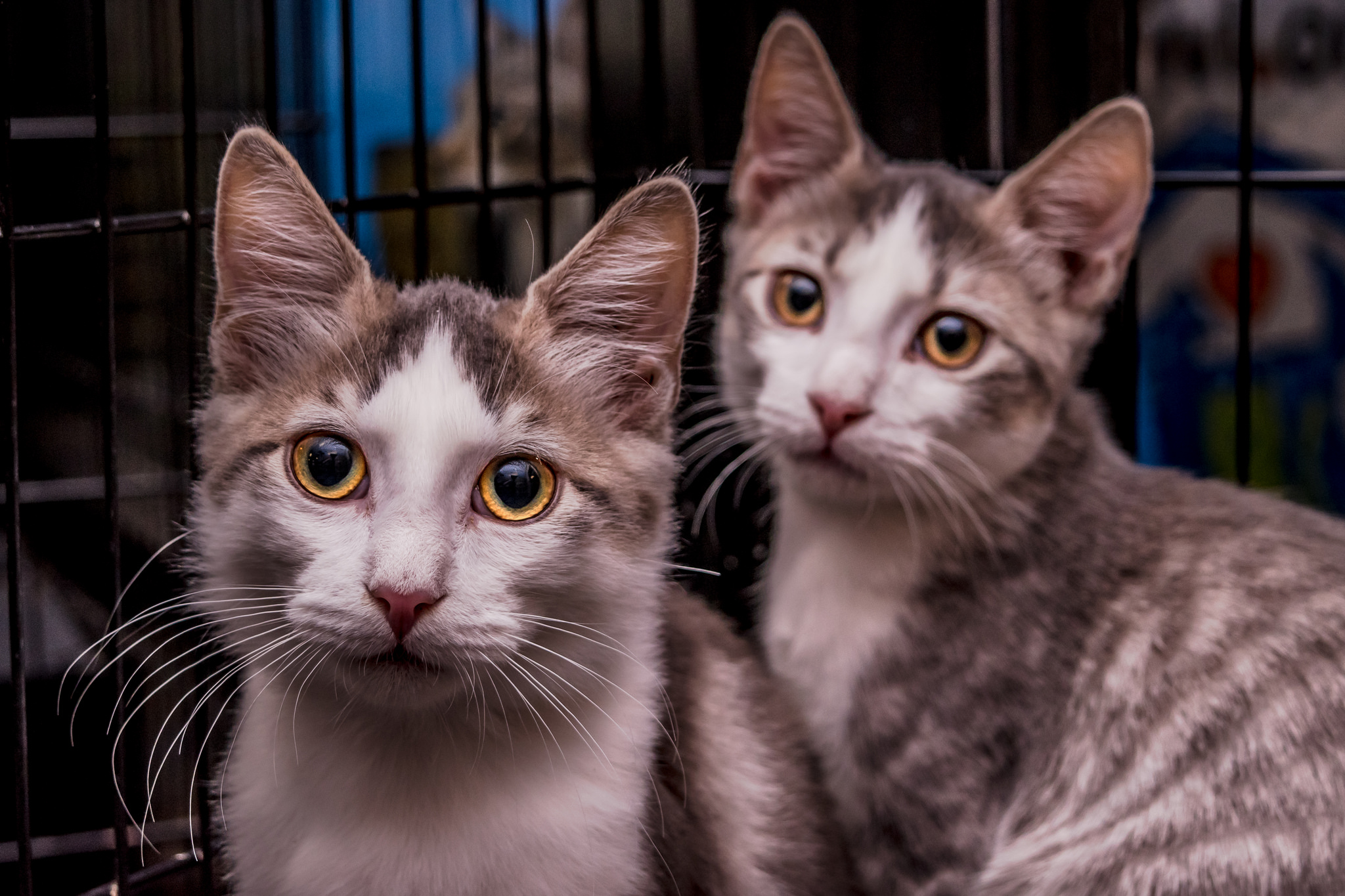 In the summer of 2017, I wrote for CNN-International that China was mired in a “civil war” over dogs. Two camps of people who have opposing views on the role of dogs have clashed since the final years of the 1990s. Animal lovers and their supporters believe that China has long passed the days when people had to eat anything edible for survival. To them, dogs are no food but companions. Dog meat is no traditional food. Twice in the country’s dynastic past, Chinese emperors tried to outlaw dog meat consumption. This position is not shared by the opposing camp. Dog meat traders and their supporters believe that dogs are like livestock animals. Consumption of dog meat is no difference from consumption of beef, pork and fish. They see dog meat consumption as a right, a “human right.”  If Westerners can devour beef, foie gras, horse meat, seal meat, whale and dolphin meat, what moral right do they and their Chinese lackeys have to criticise dog meat consumption?

China’s “civil war” is not focused on dogs only. The “war” splits the Chinese society also on a host of other animal related issues. Wildlife conservation in China has since the early 1980s faced an unprecedented challenge. Tibetan antelopes were poached to the brink of extinction in the 1990s. Asiatic black bears are farmed for bile extraction from an open wound cut in their stomachs. Tigers are cage farmed with the intention of utilising their bones and body parts for Traditional Chinese Medicine (TCM). Zoos, wildlife parks and aquariums have multiplied since the mid-1990s. Animal performance and other cruel practices like live feeding have turned China’s captive wildlife institutions into a most dangerous terrain for both human and nonhuman animals. Encouraged by the Chinese government that is obsessed with economic growth and poverty reduction, businesses exploiting animals have managed to hold on to opportunities to expand their operations. China today has the world’s biggest livestock industry producing more than 80 million tons of meat a year. It also dominates the world’s fur animal farming, wildlife farming, and the dog/cat meat trade. It was against this backdrop, animal activists joined together to launch a movement that is gathering pace and strength.

Rise of the Voice for the Voiceless

Two ground-breaking organisations were established in the 1990s. In 1992, China Small Animal Protection Association (CSAPA) was founded by Lu Di, the legendary Korean War veteran, a retired Beijing University professor, and special assistant to Chairman Mao. From day one of its founding, CSAPA was aimed at confronting cruelty, spreading the words of compassion for nonhuman animals and encouraging policy change. The Friends of Nature (FON), registered in 1994, is a nationally-registered environmental organisation. Immediately following its registration, FON was on the battleground on the Tibetan Plateau fighting the ruthless poachers. Following their footsteps, animal protection organisations, societies, volunteer groups, rescue and sheltering operations have been built across the entire country. These groups have since, individually or in collaboration with each other, achieved much that at one point would not have seemed achievable in a country under one-Party rule.

Some of the achievements have far reaching significance. Poaching of the Tibetan antelopes has been effectively checked on the Tibetan Plateau. Awareness of wildlife protection in general has increased as indicated by the construction of special passages for migratory animals when roads are being built. Mass dog culls, a government response to reported dog biting incidents, are suspended. The authorities have since 2007 increased efforts on the registration, vaccination and sterilisation of household pets. Promoting responsible pet ownership is also part of the government’s proactive effort. Cruelty to captive wildlife animals is the target of the animal protection movement in China. Under the pressure from Chinese activists and international animal protection groups such as the Animals Asia Foundation and the International Fund for Animal Welfare, the Chinese authorities shut down the most abusive bear farms, promulgated regulations, and agreed to stop issuing new farming licenses. In 2010, as a result of strong criticism from the Chinese activists particularly groups like the China Zoo Watch, the Chinese government issued a directive for zoos to stop animal performance and other abusive practices. The accomplishment that has received worldwide recognition is the Chinese government’s decision to end the domestic ivory trade by the end of 2017. This accomplishment could not have been achieved without the joint efforts of the various Chinese and international actors.

China and the World

The Chinese animal protection movement is part of the global effort to make the world a “humane society.” It also makes contribution to the worldwide movement. In 2003 and 2008, Chinese animal protection groups succeeded in getting the Chinese authorities to reject the plan to import Spanish bullfighting to China. In 2010 when Canadian government jump started its seal trade offensive to China, Chinese groups responded by urging the Canadians to stop entertaining the idea of imposing cruelty products on Chinese consumers. By the end of the 2012, Ottawa admitted that its seal meat export plan had been foiled by animal rights groups in China. Also in 2012, a national campaign led by the Nature University, an environmental NGO in Beijing, and the Capital Animal Welfare Association, was launched to stop the planned staging of a rodeo show at Beijing’s Olympic Stadium. At about the same time, Chinese groups also succeeded in stopping an investment project for the building of the world’s biggest foie gras plant by the side of China’s biggest freshwater lake in Jiangxi. These successful campaigns have served to support animal activists in foreign countries in their effort to stop seal hunt, bullfighting cruelty, and rodeo promoted as “culture of American West.” These campaigns have also sent a clear message to foreign businesses or individuals that China is no dumping ground of cruelty products or programs from foreign countries.

Several factors have contributed to the rise of a robust animal protection movement in China. A more relaxed political environment in the reform era (1978-present) has allowed autonomous activities to take place. Although China’s policy making remains a closed process, the authorities have conditionally opened the process to animal activists and experts in the last decade or so. For example, the revised Wildlife Protection Law includes input from the animal protectionists and conservation experts. Rising societal wealth and increase in disposable income of the general public have provided material conditions for animal protection. Chengdu’s Home of Love, a shelter operation, depends on donation from the society to feed and care for the more than 4,000 rescued dogs and some 400 cats. With a per capita income of some $8,000, China has entered the rank of middle income nations. Urbanisation and changing society are another factor that has contributed to the country’s animal protection movement. Urban dwellers, 55% of the Chinese population, are more shielded from traditional practices such as livestock slaughter and use of animals for human benefits. They are therefore less desensitised and less tolerant of abusive acts to animals. While supporters for animal use come from both rural and urban areas, animal activists are primarily of urban background. Those who chase and intercept dog trucks on the highways are mostly educated, young and white-collar urbanites.

Finally, China’s animal protection movement has received much assistance from international animal protection and conservation NGOs. The WWF was one of the first international NGOs setting foot on mainland China. The Hong Kong-based Animal Asia Foundation has, besides its flagship “China Bear Rescue,” worked with Chinese local authorities in their effort to modernise their urban animal management policies and practices. The International Fund for Animal Welfare has collaborated with Chinese partners in elephant protection, public education and disaster response. Humane Society International, the global arm of the world’s biggest animal protection group, the Humane Society of the United States, has pursued a comprehensive China program covering issues ranging from wildlife protection, companion animal protection, cruelty-free cosmetics, farm animal welfare, and zoo animal cruelty. The operation of international NGOs in China has offered their Chinese counterparts operating models of mature and professional organisations.

Chinese animal protection movement faces many challenges. First, no animal protection campaign can cause social instability. Public protests and demonstrations are often risky to Chinese NGOs. Second, Chinese NGOs operate in a less than friendly policy environment. The Chinese government has in place a stringent registration policy that discourages NGO formation. An association has to have a government office that acts in a supervisor role before it can register as an officially recognised group. Third, China is 196 years behind the world’s most progressive countries in terms of animal protection law-making. This gap in China has incapacitated the Chinese society to deter and penalize animal abusers. Finally, the government’s “development first” mindset remains strong. Economic activities receive priority attention and are protected by the Chinese government. Environmental protection, labour rights, and animal welfare are often side-lined if they slow down or disrupt economic activities.

In conclusion, China is at a historical crossroads. A truly powerful China has to be “powerful” in compassion and kindness to the disadvantaged and the voiceless. Chinese animal activists and their efforts in the last two decades have told us that China is on the right track. They are charting a new roadmap for China’s future.

Who is the Chinese soccer consumer and why do Chinese watch soccer?
Reflections on a Golden Horse