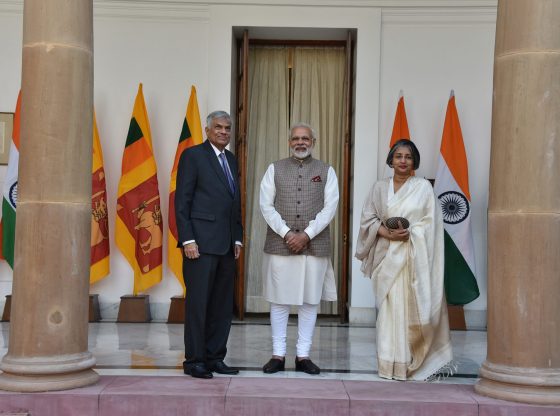 My wife and I recently visited Sri Lanka on a holiday with friends. For both of us, it was our first visit after almost 15 years. At that time, the idyllic island country was caught up in a deadly civil war that had claimed countless lives and devastated the local economy. When Mahinda Rajapaksa assumed power, as the Sri Lankan President, he made the elimination of the Tamil Tigers his foremost objective. After 30 months of relentless assaults and bloody fighting, the 26-year old civil war finally ended in 2009, with the killing of Tamil Tigers’ (LTTE) leader Velupillai Prabhakaran and the ruthless decimation of his supporters.

It is argued that widespread human rights excesses occurred and that the Tamils were openly discriminated against. This is true. Yet, what is also true is that the island country finally saw peace for the very first time after decades of unrest, uncertainty and terrorism. The Sri Lanka we visited was in complete contrast with the one I had grown accustomed to with gun-toting security personnel everywhere. Now there was a sense of calm. Even impatience, at being held back for so many years. It is as if it was time to claim the life that had been long denied.

Indian foreign policy has relied heavily on “time-tested civilizational links”. While this is undoubtedly appealing, there is an aspirational impatience among Sri Lankans that India failed to see and respond to with the scale, speed and imagination that only Beijing appears capable of.

For India, the end of the civil war and of the LTTE was good news. It had already declared the LTTE as a terrorist organization but domestic compulsions with its allies in Tamil Nadu openly aligning with Prabhakaran forced New Delhi to opt for covert support for the anti-LTTE military operations. Tragically, with the end of the civil war, history repeated itself and India, once again, lost its momentum. Today, we are on the brink of losing Sri Lanka to Beijing.

The Chinese presence in Sri Lanka is not covert. Far from it. You see them everywhere and the pace of the activity is hectic. Chinese dredging ships can be openly seen working at a furious pace. Work on the Hanbantota port has started. Chinese workers are everywhere from shopping malls to pubs. Many are learning to speak Sinhalese. Hotels, roads and infrastructure, performing arts theatres, a swanky cricket stadium are not simply projects on the drawing board. People can see them. The importance of the visual should never be under-estimated. And given the speed with which the Chinese execute projects, a real estate transformation is credibly under way.

Over a period of twelve years (2005–17), Beijing has poured in $15 billion into projects in Sri Lanka. The Chinese Ambassador conveyed an unambiguous message to India, which sees Chinese presence in Sri Lanka as an intrusion in its immediate sphere of influence, when he said, “No negative force can undermine the cooperation between Sri Lanka and China.”

For India, this is a disturbing development. Indian foreign policy has relied heavily on “time-tested civilizational links”. While this is undoubtedly appealing, there is an aspirational impatience among Sri Lankans that India failed to see and respond to with the scale, speed and imagination that only Beijing appears capable of.

It is common enough to hear Sri Lankans say how disgruntled and unhappy they are with the intrusive presence of the Chinese, who are loud and arrogant. It is like a deadly embrace but one that they find lucrative, if they wish to fast track to a prosperous future. Artists impressions of future Colombo tell Sri Lankans that it will rival Singapore. It will bring in investments, tourism, employment and economic well-being. This can be seriously tempting.

From all accounts, India’s encirclement has begun with ruthless efficiency. Pakistan is gone. Maldives is about to fall. Nepal is almost there. And Sri Lanka is under an understandable hypnotic trance. India genuinely faces its most serious security challenge since independence.

If India is to get its act together, it needs not only imagination but the speed and efficiency to deliver on its promises to offer Sri Lankans a future that the civil war denied them. For Indian Foreign Secretary Vijay Gokhale, India’s neighbourhood will be a difficult challenge. The problem he would face is convincing the political, bureaucratic and corporate partners that India faces its greatest ever security challenge and one that we are on the brink of losing.

As the legendary chess player Bobby Fisher once remarked, “If you are playing the game, you play to win. But if you’ve lost the game, it’s because you took your eyes off the pieces and then, you deserve to lose.”

Amit Dasgupta is a former Indian diplomat. He tweets at @amit_adg.He can be contacted at amit.dasgupta2013@yahoo.com.This article was first published on the South Asia Monitor and can be found here. Image credit: by India Ministry of External Affairs/Flickr.