India and the mantle of regional hegemon 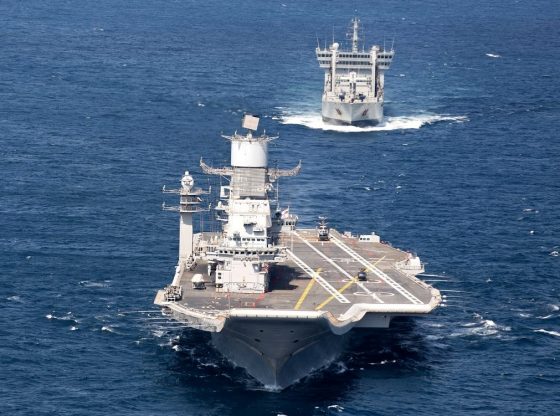 For the last few months, New Delhi has been watching China’s rising influence across South Asia with growing alarm. From flexing its military muscle at the Bhutanese border, to signing a Free Trade Agreement with the Maldives ,to expanding border trade with the newly-elected Maoist government in Nepal to acquiring the strategic Hambantota port in Sri Lanka, Beijing seems to be everywhere these days. For India, these developments have been a cause for great concern, with many experts warning that the political dominance that New Delhi has enjoyed in the region for nearly 70 years is likely to be irrevocably lost.

Why did smaller nations fail to balance against India? Primarily because major powers were simply not interested in getting involved.

To understand this changing dynamic, it is important to recognize the singularly dominant position that India has enjoyed in South Asia in the past. Since its independence in 1947, India has held its smaller neighbours, with the exception of Pakistan and Afghanistan, in a tight embrace. Not only has New Delhi exercised enormous levels of unilateral political influence in these countries, with a few it maintained lopsided treaty relations for many decades and still enjoys many one-sided economic and political arrangements. In the last seventy years, it has annexed one such neighbour (Sikkim); carried out military interventions in Sri Lanka, Maldives, Bangladesh and Bhutan; coerced all of the neighbours with open threats of war at one point or another; and ham-fistedly interfered in their domestic affairs and civil wars. Almost all of these actions have gone without any notable pushback from other major powers.

This geopolitical equation is a historical anomaly. Almost no other regional power has been allowed to exercise such a level of regional domination for so long at such a large scale. What makes the case more puzzling is the proximity of China. Logically, the smaller countries should have begun balancing against India long ago by developing evenhanded relations with Beijing and New Delhi. The question is not why India is losing its regional dominance now, but how it managed to hold onto for so long in the first place?

In fact, Indian dominance is neither a product of its relative military and economic size nor of its expert diplomatic management. It has been made possible because India has managed to keep other powers out of South Asia by leveraging its own bilateral relationships with them. Short-lived periods of hostilities aside, global powers, including the US, Britain, Soviet Union and China, have steered clear of South Asia for the fear of angering India. In other words, there have been only a few moments in the past when it was more beneficial for a power to gain influence in, say, Kathmandu or Colombo, at the cost of earning New Delhi’s ire; and none of these moments have lasted for long. Thus, more often than not, the smaller South Asian countries have been presented with Indian dominance as a fait accompli since no other power has been willing to act as a balancer.

The smaller South Asian countries have been uncomfortable about the presence of the Indian giant amidst them since the days of decolonization (Colombo had insisted on a military alliance with the departing British aimed explicitly against India). However, these fears truly began to manifest themselves in the 1970s, with the arrival of Indira Gandhi’s assertive foreign policy. In 1971, India forcibly partitioned Pakistan and in 1975 it annexed the tiny Himalayan kingdom of Sikkim. Others in the region viewed these developments with alarm.

By the turn of the decade, all of these countries were actively trying to get out from under New Delhi’s thumb. Sri Lanka proposed a United Nations-sponsored Zone of Peace in the Indian Ocean; Nepal wanted itself to be declared Zone of Peace, underwritten by India and China jointly. The Maldives offered its Gan airbase to the United States for a modest one-time payment; Sri Lanka tried to establish a similar military relationship with Washington, as well. Even Bhutan requested a revision of the lopsided Indo-Bhutanese Treaty. At one point or another, almost all of these countries tried to develop deeper political and military links with China.

However, by the end of 1980s, it was evident that India’s regional hegemony was stronger than ever. In Sri Lanka, it carried out a three-year-long intervention without much protest from the international community; it was the only country to offer military assistance during a coup attempt in the Maldives in 1988; it put an economic blockade around Nepal for two years, crushing the latter’s economy, to strong-arm Kathmandu into a one-sided treaty; and, its vice-like grip on Bhutan remained unchanged.

Why did smaller nations fail to balance against India? Primarily because major powers were simply not interested in getting involved. At the time, the United States was drastically increasing its aid to Pakistan, as part of its proxy war against the Soviets in Afghanistan. This had upset New Delhi considerably. Washington had no interest in aggravating India any further by venturing into military relationships with smaller South Asian countries. Similarly, China, concerned about Soviet-presence on its borders in Afghanistan, was eager to improve its relationship with India. It, too, spurned most feelers from smaller countries lest it irritates New Delhi.

In the succeeding decades, this dynamic played out over and over again to varying degrees. For both the US and China (the only relevant powers in the post-Cold War era), maintaining good relations with India usually outweighed the advantages of gaining influence in smaller South Asian countries. Despite the ups and downs in New Delhi’s bilateral relations with its neighbours, its dominant position remained unchallenged.

This began to change in the 2010s, with growing Chinese economic power and declining Sino-Indian relations. In the last decade, while economic linkages between India and China have grown exponentially, their political and military relations have remained tense. Moreover, given its growing power, Beijing is no longer as concerned about keeping New Delhi in good humour as it once was. Under the circumstances, China is willing to enhance its footprint in South Asia, even if it comes at the cost of angering New Delhi. Hence, the increased tempo of its diplomatic offensive across the region. Accordingly, going forward, either India would have to recognize the new reality and accept an end of its regional domination; or, it would have to find a more even-keel approach in its bilateral relationship with Beijing to make the latter’s forays into the region unprofitable, once again.

Guo Jian: the art of dissent
How the United Nations failed the Rohingya people