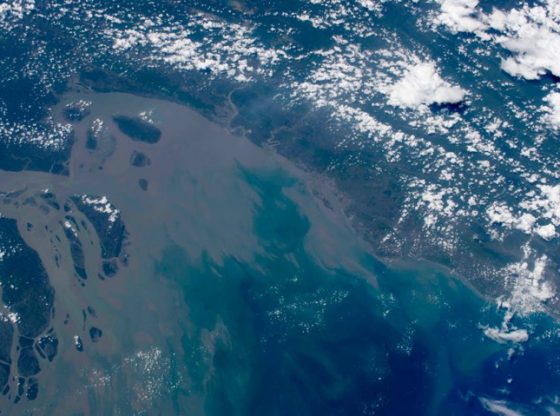 The Bangladesh government has been hailed by the international community as a champion of humanitarianism for sheltering the Rohingya refugees. Without doubt, the action taken by Bangladesh is very commendable. However, it is also shocking to know that the same government is silently persecuting its own minority communities, particularly in the Chittagong Hill Tracts (CHT).

The CHT (consisting of Rangamati, Bandarban and Khagrachari districts) has been home to eleven ethnic indigenous communities; namely, Chakma, Marma, Tripura, Tanchangya, Mro, Lushai, Khumi, Chak, Khiyang, Bawm, and Pangkhua. They are also known as the Jumma-s, a designation deriving from their practice of hill-agriculture, and each community has a distinct dialect, culture, tradition and religion. During the British colonial period (1700–1947), the communities were protected under the CHT Regulation 1 of 1900 Act; however, destructive changes, leading to their persecution, followed after the region was handed over to Pakistan in 1947.

The Pakistani government, violating the CHT Regulation Act, settled thousands of Bengali Muslims in the region causing forced evictions and land grabs from the indigenous people. The Kaptai hydro-electric dam, built in 1960, flooded more than 54,000 acres of land and displaced 100,000 indigenous people, who were neither resettled nor compensated. Thus, with the influx of Bengali Muslim settlers in the region backed by the government and thousands of acres of land submerged by the Kaptai dam, the indigenous communities continued to face extinction from the region.

In 1971, East Pakistan (later to be Bangladesh) fought a nine-month bloody war against West Pakistan for independence. Bengalis and non-Bengalis, including indigenous people, fought together for freedom against West Pakistan. The war, where thousands of lives were lost, was a hope for freedom for all ethnic communities. However, the new constitution of independent Bangladesh, which declared all citizens of Bangladesh as Bengalis [by ethnicity], failed to recognize the indigenous communities, their diverse and distinct cultures and traditions. MN Larma, the then leader of the Parbatya Chattagram Jana Samhati Samiti (PCJSS) representing the indigenous communities, protested at the exclusion of the indigenous people in the constitution and urged the then PM Sheikh Mujibur Rahman to reinstate the CHT Regulation Act of 1900.  However, the government militarized the CHT and curbed the freedom of the indigenous people.

Such developments, including their continued persecution, have forced the PCJSS to take up arms to fight for the rights of the indigenous communities. The two decade war between PCJSS and the Bangladesh security forces has led to the exploitation of thousands of indigenous people, including torture, rape, killing by members of the Bangladesh Army. The CHT became the most militarized region in the country, with almost one third of the Bangladesh army stationed there. Successive governments up until even now have continued to settle Bengali Muslims in the region with the aim of islamization of the CHT.

In 1997, the PCJSS and the then government, led by PM Sheikh Hasina (also the current PM), signed the CHT Peace Accord. The government committed to withdrawing the majority of the army and other state military camps and resolve the land crisis, including withdrawing the Bengali Muslims settlers who were settled illegally by the government. Twenty years after signing the accord, the government has failed to withdraw the army and other state military camps from the region, which are still actively curbing the rights of indigenous people. According to a 2012 report by the International Work Group for Indigenous Affairs, one-third of Bangladesh’s army is still stationed in CHT, along with thousands of personnel from other state military agencies, making CHT the most militarized region in the country.

A CHT Land Commission was formed in 1999 to resolve the land crisis, however, it remains inactive. Therefore, there has been yet no solution to the land conflicts in the region. Rather, the government’s recent initiative to promote tourism, the setting up of more military camps, and the continued influx of Bengali Muslim settlers have exacerbated the issue. Moreover, forced land grabs through intimidation, the sexual harassment of indigenous women, and the burning down of indigenous people’s property are, unhappily, not new in the region. Thus, the heavy military presence and the land conflict are two of the many major obstacles facing the indigenous communities in CHT. The latest such example is the burning down of more than 300 houses of indigenous people  in Longadu of Rangamati in June 2017.

Successive governments have also placed restrictions on foreigners’ entry to CHT and engaging in communication with indigenous people, justifying this by claiming that they are collaborating with outsiders with a separatist agenda. Jerry Allen writing for Amnesty International, has rejected this claim, stating that so far no such evidence has been found. “The authorities just want to silence the indigenous people.” The restriction is an obstruction for local and foreign researchers, journalists and NGOs accessing the region. From our personal experience, an individual planning to visit CHT must apply for a special entry permit directly from the Bangladesh Home Ministry; the process may take more than a month and there is also the high possibility of being denied entry. However, if permitted entry, the person will be under 24-hour surveillance until leaving the CHT. Furthermore, the journey involves passing through many military checkpoints, proving our point of heavy military presence within the region.

This historical study proves that successive Bangladesh governments have been silently persecuting the indigenous minority communities. Many indigenous people have been either killed, displaced or fled to India since Bangladesh became independent. Very often, indigenous leaders, including Kalpana Chakma, are intimidated or kidnapped and sometimes killed. In most cases, such operations are alleged to have been carried out by the military. None of the massacres committed in the region was investigated, and no suspects have been punished. The army and other state military agencies stationed in CHT enjoy a high level of impunity, encouraging more crimes against the indigenous communities.

Jnan is a PhD candidate at the University of Hong Kong. The author’s full name has been withheld. Image credit: CC by NASA Gateway to Astronaut Photography.