India 2019: The importance of the economy

Home /Economy, Elections/India 2019: The importance of the economy 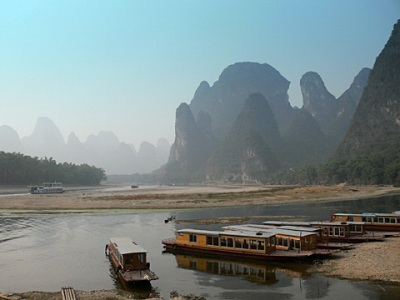 Many analysts of India’s Union Budget (announced on February 1) have called it the Election Budget.

Why is the NDA government headed by Narendra Modi interested in appeasing the people of India via the Budget this year when Elections are in 2019? This is because the government has realized that the most important issue in the forthcoming General Elections is the state of the Indian economy. If people are unhappy about their jobs and incomes, prices and general wellbeing, they will vote the government out of power. Hence, all that is important for the revival of the economy was addressed in an aggressive manner in the Budget.

The main concern for the government is the growing agrarian distress in the rural economy where 70 percent of the population lives. With farmers’ suicides continuing in many states of India, rural India poses a serious problem for the NDA government. Agriculture is becoming less and less lucrative for the younger generation and they are leaving their villages in droves. The problem is the small size of holdings which are not viable. Less than half of all the agricultural land is irrigated.

The NDA government is banking on the success of the Make in India campaign to create jobs and hopes that by increasing customs duties on 45 items it will offer protection from competition, especially from China.

The Economic Survey 2017-18 further paints a gloomy picture regarding the impact of climate change on agriculture in the future. The Budget has offered to raise the Minimum Support Prices (MSP) by 1.5 times the cost of production for major crops to enable farmers to earn higher incomes. But the calculation of the cost of production (and what goes in it) is a controversial issue. This boost to MSP is supposed to make farmers financially secure. Other measures aimed at the better marketing of produce and producer cooperatives have been encouraged. Much of the effort for reviving agriculture will depend on the states and how they help farmers by implementing various marketing reforms. Rural infrastructure and credit have been given prominence but how much institutional credit (for which allocation has been raised to Rs 11 trillion) will reach small and marginal farmers and farm labourers is yet to be seen. Infrastructure is the weakest point of the Indian economy and as expected it has got a boost of 25 percent for the development of roads, railways, ports and airports.

The Budget also addresses other important economic parameters such as inflation and the government can easily claim that it has remained within reasonable limits of 3 to 4 percent in recent years. The government has been successful in taming inflation but with rising fuel prices, retail price inflation may pose a problem.

The banks must be recapitalized by injecting money into the banking system and Finance Minister Jaitley promised a bigger amount than last year to enable Public Sector Banks tide over the Non-Performing Assets (NPA) or bad loans of Rs 7.3 trillion. The credit offtake has been growing slowly indicating that the industries are not increasing their investments. Slow investment growth has been a persistent issue because of the twin balance sheet problem. The Banks are reluctant to lend because their balance sheets are out of sync due to a mountain of NPAs ($150 billion). The corporates have borrowed excessively in the past and are unable to repay their debts due to the slowdown of the economy and the resulting excess capacity in industry.

The manufacturing industry is important for job creation and needs to grow at a higher than the current sluggish rate of 7.4 percent. But instead of favouring labour-intensive techniques that absorb more labour, most industrialists are investing in digital technology and robotics. Job creation is vital for India (and its current government) as around 1 million people join the labour force every month.

The NDA government is banking on the success of the Make in India campaign to create jobs and hopes that by increasing customs duties on 45 items it will offer protection from competition, especially from China. It is hoping that Apple will start manufacturing its iPhone in India. China has a big trade deficit of $51 billion (2016-17) with India and it accounts for 99 percent of mobile handsets imports. Similarly, import duty on juices has been raised to enable indigenous juice producers to have a better market. Candles and kites have attracted a higher duty to encourage village women who produce them in their homes.

The service sector is the main driver of growth in India and contributes to 56 percent of GDP. It is the fastest growing sector and attracts the maximum amount of FDI.

The big SMEs have received a special tax reduction in the 2018 Budget. They will pay only 25 percent corporate tax – lower than the corporate tax for the top-ranking businesses. There are 105 million people employed in SMEs and they contribute to 40 percent of exports. The Middle Class is engaged in this sector and the BJP wants to secure their votes in 2019 through this measure.

The social sector, especially health, needs a big amount of public expenditure as the current spending is below two percent of GDP. Unless the labour force is healthy they will not be able to work efficiently. Public health care has not been able to cope with the rise in demand for healthcare services and hence, private healthcare has become important but is highly overpriced. To make healthcare more affordable the Modi government in its last full Budget before the Elections in 2019 has promised health insurance of up to Rs 5,00,000 for low-income groups. This scheme is intended to cover 500 million people, thus the Rs 20 billion allocated does not seem sufficient. But the idea of providing affordable healthcare is important for the 2019 elections, hence its prominent place in the Budget.

The service sector is the main driver of growth in India and contributes to 56 percent of GDP. It is the fastest growing sector and attracts the maximum amount of FDI. The government has removed many barriers to FDI to encourage investments and job creation. The conditions for FDI entering retail business have also been relaxed and FDI has been allowed in the food business. Retail, communications, hotels, tourism and IT attract the youth, providing them with aspirational jobs which are important for the Elections. All pointers confirm the importance of the economy in the Modi government.

Jayshree Sengupta is a Senior Fellow (Associate) working with ORF’s Economy and Development Programme. Her work focuses on the Indian economy and development, regional cooperation related to the SAARC, BRICS, ASEAN and EU groupings, social sectors like health, education and unemployment, and women and development. Image Credit: CC by President of Russia.