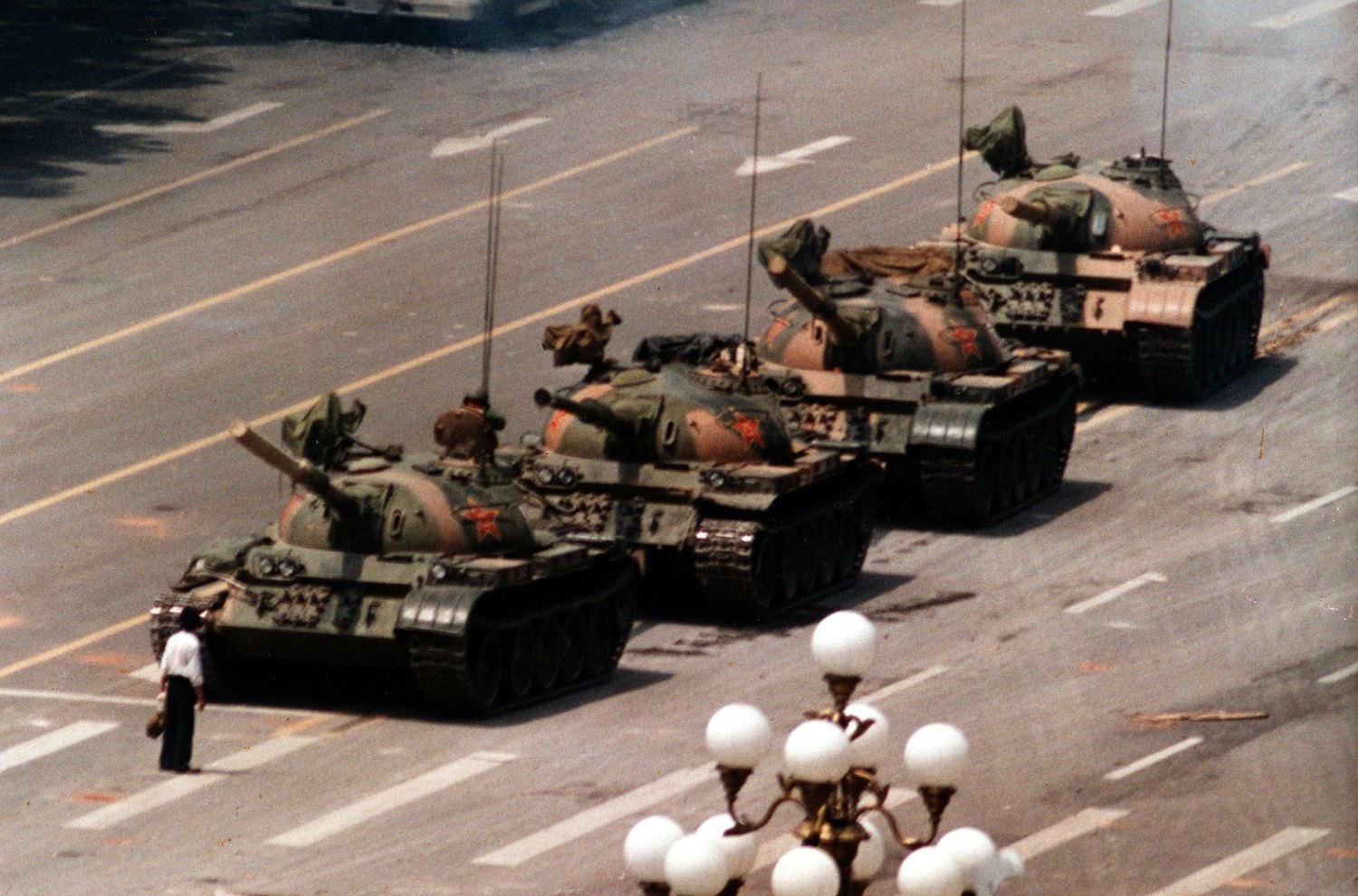 When news broke that Xi Jinping would not be limited to serving just two terms as President, while some commentators turned to international ruler-for-life comparisons, others looked to China’s own past for illuminating parallels and contrasts. As someone who began his career studying student-led activism and remains interested in the subject, I was struck immediately by references to two decades that figure centrally in the history of that topic: the 1910s and the 1980s.

The former was the decade of the May 4th Movement, which took its name from the date in 1919 when a rowdy student protest took place in the heart of Beijing, triggering a struggle that reached its peak with a general strike that shut down the city of Shanghai. The latter decade witnessed the massive 1989 gatherings in Tiananmen Square that preceded the June 4th Massacre. 1919 and 1989 were not, moreover, the only years in the second and second to last decades of the twentieth century when campus activism mattered. The May 4th Movement was preceded by and built on the foundation laid during a 1918 protest wave, while the Tiananmen struggle also had a dress rehearsal of sorts in the 1986-87 struggle, the biggest marches of which took place in Shanghai.

How exactly have the 1910s been brought into the discussion of the end of term limits?

This has typically been done via references to drawing parallels between Xi in this decade and Yuan Shikai during that one. Yuan was an early leader of the Republic of China that was established in 1912, who grew tired of being a mere President and had himself proclaimed a new Emperor. The Yuan-Xi analogy has been common enough that censors have moved to stop all references to the warlord’s name and related terms from circulating on the the Chinese internet.

The 1980s have been invoked in commentaries on the end of term limits in a very different manner. That was a decade, some have stressed, when the Chinese Communist Party made various moves to distance itself from the excesses of the Mao era (1949-1976) and signal that the days of rule by a charismatic strongman with a personality cult were over. One such move was to introduce a policy that specified that the President would be given five-year terms and could only serve two of these. We have recently though, seen a break from this pattern established in the 1980s, as Xi has developed the trapping of a personality cult and now been given the right to rule beyond ten years.

I find this idea of seeing parallels to the 1910s and contrasts with the 1980s interesting, but I am also struck by one way in which the second decade of the current century is proving radically unlike both the second and second to last decades of the previous one.  Namely, in both the 1910s and the 1980s, campuses served as crucial hubs for spirited political debate and fertile grounds for political mobilisation. This is, however, no longer the case, as Elizabeth Perry, a leading scholar of Chinese protest, noted in an insightful essay that was written in 2015 but seems to me to have even more relevance now.

Writing three years ago—in a Harvard-Yenching Institute Working Paper titled “Higher Education and Authoritarian Resilience: The Case of China, Past and Present”—Perry pointed out how “notably tranquil” China’s university campuses had become. One thing that made this “particularly striking” to her was that China had such a strong tradition of student activism. Another was that, while “college students and their professors” had remained “conspicuously quiet” since 1989, there had been a “veritable explosion” of unrest involving “virtually all other sectors of post-Tiananmen society.”  There had been “labor disputes by urban workers,” “environmental protests by a rising middle class,” and conflicts in villages triggered by land grabs involving corrupt officials, but little political activity in the universities where so many twentieth-century struggles had begun.

It will be worth revisiting Perry’s argument next spring, when the May 4th Movement’s centenary and then the thirtieth anniversary of the June 4th Massacre come and go.  The protests of 1919 and 1989 were different in many ways. Only in 1919 was anger at foreign imperialism a factor, for example, and there was just one May 4th Movement martyr while many were killed in Beijing and also Chengdu in 1989. Still, the two struggles had much in common. Each began as a student movement and then grew into a protest wave that involved members of many social groups. Each by the end was largely a fight for the right to protest. And participants in both presented themselves as patriots working to shift a beloved country that was being misgoverned onto a better path.

Perry’s commentary on the quiescence of mainland students in the current era will have added meaning if, as seems almost certain, next year’s June 4th anniversary passes in eerie and controlled silence on mainland campuses—even as it is marked on Hong Kong ones and in other parts of the world. It will also be interesting to revisit her arguments at the time of the May 4th centenary. That date is sure to be marked on mainland campuses, just not in a way that challenges the current status quo.

Each anniversary of May 4th has to be acknowledged in various ways, since the CCP has long considered—and still considers—the protesters of 1919 heroes. Since taking national power in 1949, though, what the Party has typically done to commemorate those student heroes of the past is to tell the current generation of educated youths that, due to how times have changed, the best way they can show fealty to the May 4th spirit now is to study hard and help build a New China, rather than take the sorts of bold action that the May 4th protesters did then.

It will be worth listening closely next year for any rumblings that suggest the current generation finds this notion problematic. Some members of earlier generations have, after all, rejected it.  Most importantly, this happened in 1989. Tiananmen activists staged a key rally on the seventieth anniversary of the May 4th Movement and insisted that embracing rather than eschewing militancy was the best way to be true to the spirit of 1919.

I do not expect to see a similar contesting of the official line on May 4th in its centenary year. As Perry details, China’s leaders have proved adept at using a variety of techniques to render mainland campuses—Hong Kong ones are a very different story—less conductive to protest than they were in the past. There is every reason to think that this combination of ramped up patriotic education, tight censorship of communication, control of student associations, and providing students access to attractive consumer goods and opportunities to travel, will continue to minimise student activism during the next fourteen months. It is true that early this year, some students went online to engage in #metoo movement actions. The authorities worked quickly, though, to rein these efforts in and sweep the web clean of their traces.

Returning to the news of an end to term limits, we find further evidence to doubt that there will be unrest on campuses around the time of the centenary of the May 4th Movement and the thirtieth anniversary of the June 4th Massacre. One thing that studying the history of student activism has taught me is to always be prepared for a supposedly apathetic generation of youths to prove their mettle in unexpected ways—as I remember being told on Shanghai campuses in 1986 that the current crop of students did not really care about politics, and, closer to the present and closer to home, the inspiring protests by high school students in the wake of the recent Florida mass shooting took many analysts by surprise. Still, the fact that there is little sign of students and professors expressing outrage over Xi’s moves to expand and extend his power makes me think it likely that next year’s anniversaries will cause the authorities little trouble—except in so often exceptional Hong Kong.

In the 1910s, when Yuan founded a short-lived dynasty and then after his death his warlord successors talked for a time of putting the last Qing emperor back on the throne, students and professors took the lead in raising the alarm about this slide back toward monarchical ways. Seven decades later, when Deng Xiaoping seemed to be moving too slowly in introducing promised reforms, and purged his heir apparent in a manner that some found worrisomely like things Mao had done before him, students and professors once again were in the vanguard in criticising those in power. Now, however, the boldest calls for a check on Xi’s ever-growing power are coming mainly from people based at places other than campuses, such as Li Datong, the former editor of a gadfly publication, and businesswoman Wang Ying, each of whom have taken great risks to speak out at a time when they view a country they love going badly astray.

It is easier to hear echoes of the May 4th spirit just now in their open letters than in anything being said or done at the universities that played pivotal roles in many of the last century’s great struggles.

Jeffrey Wasserstrom is Chancellor’s Professor of History at UC Irvine and co-author, with Maura Cunningham, of the thoroughly updated third edition of China in the 21st Century: What Everyone Needs to Know, due out soon from Oxford University Press. This piece also appears at the Los Angeles Review of Books China Channel, a digest of new writing on China.Image Credit: CC by Wikipedia Commons.

Quad: The way ahead and the key challenges
The National People’s Congress: Xi the Sinner Finds Redemption