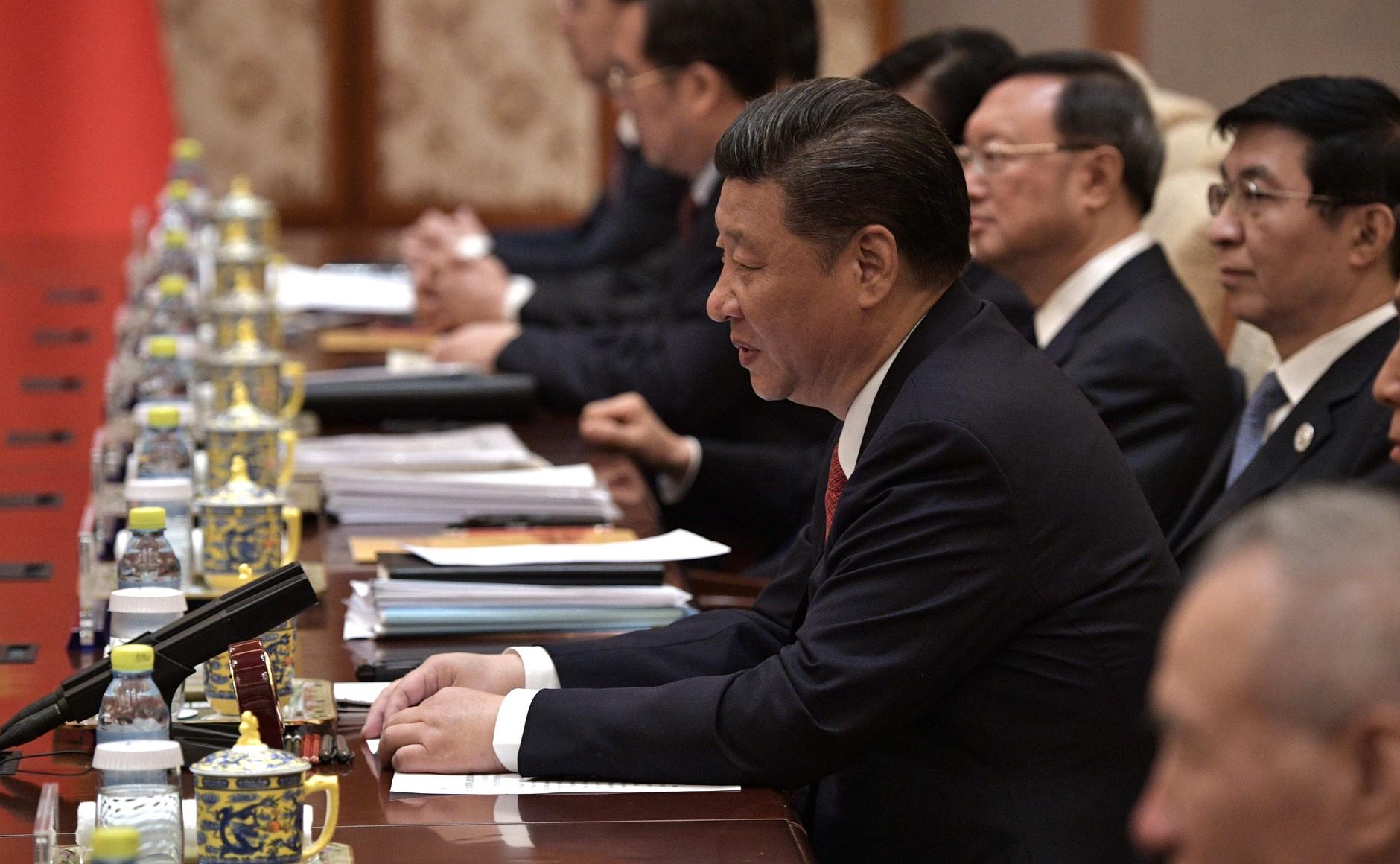 What does Xi Jinping think about his predecessors? We know that there are many claims that he is as powerful now as perhaps Deng and even maybe Mao.

Many draw parallels between the way he exercises authority and that of the earliest leaders of the Communist Party. The change to the State Constitution almost certain to be waved through at the meeting of China’s annual parliament this year, has been widely seen as the strongest evidence yet that the world is looking at a dictator, rather than a mere strongman leader. That was at least the claim in the Economist in a leader article in early March.

Of course, we can’t enter President Xi’s head. But just extrapolating from human experience, the assumption might be that he would regard Mao with some ambiguity, because of the suffering his own family went through when the Chairman was in power, and Deng with a sort of benign gratitude. Deng after all was the saviour of the whole party project, someone, in the standard historiographies, who stepped in and saved China from the abyss after the chaos of the final decade of Maoist rule up to 1976.

Towards Mao, we might however be surprised by what Xi might think. Xi himself called his entry into the Party after ten attempts to join it around 1973 a `rebirth.’ That language is reminiscent of the sort that a born again Christian like George W Bush used after the recently deceased preacher Billy Graham helped him find God and give up drink when he was a younger man. For Xi, the memory and response to the Maoist era might not be one dominated by feelings of having been wronged and made a victim, but ones tinged with guilt – of the calamity his family suffered being one which was deserved, and where the ultimate survival and rehabilitation of he and his father, a former Vice Premier Xi Zhongxun, was an act of mercy by the all-powerful chairman sparing them, not a rectification for wrongs done them they never deserved.

There is something of the Stockholm syndrome about the elite leadership survivors after the period of Mao in China. So many had been swept away at that time, so surviving created complex emotions. Liu Shaoqi, a close ally of Mao for decades; Peng Dehuai, one of his military comrade in arms; Lin Biao, his chosen successor from 1967: all these figures were to be eliminated or perish. Deng Xiaoping represents the purest version of this deep ambiguity and inner conflict by a survivor towards Mao after the dictator’s death. He was never able even when he had regained influence and authority to completely bury his predecessor. He too seemed to be someone just grateful he had been spared despite his earlier errors and misdeeds, and mercy had been shown to him, an imperfect, sinning party member who Mao had purified by punishing, and granted the grace of survival to.

We don’t think of the Communist Party’s elite leaders as carrying a sense of sin and guilt which motivates them very often. And yet, it probably plays a stronger role in the psychology of figures like Xi that we might think. He is a man who acts like he believes he is under deep obligation. Like Deng, a person who should have been consigned to darkness, but who was saved, and lifted by fate to a high position. Mao to him probably does not figure as someone who did him harm, but who fundamentally made him, and to whom he has almost to answer to.

Xi Jinping can be seen as a figure who is increasingly motivated by megalomania or personal power lust. But his behaviour fits in more almost with someone who is fervent, consumed by the belief they carry an historic shared mission they have to fulfil on their shoulders. That makes him a much more troubling figure than, for instance, a Putin or an Erdogan. He has a complete conviction that arises from his own life story as once being someone cast out, rejected and without hope, who is now driven by destiny and the merciful behaviour of the founding leader towards a sinning, unworthy servant.

This makes the claim that Xi Jinping is the new Mao of China particularly dubious. It is like saying the leader of the Catholic Church is God. That would be utter heresy. Xi probably regards himself as saved by Mao, belonging to Mao, and daily serving Mao. And that messianic mindset more than political calculation or strategic intent is what guides him at the deepest level.

Kerry Brown is Professor of Chinese Studies and Director of the Lau China Institute at King’s College, London, Associate Fellow of Chatham House and a Non-Resident Senior Fellow at the China Policy Institute. He tweets @Bkerrychina.`The World According to Xi Jinping’ (I B Tauris)  is published at the end of March. `China’s Dreams: The Culture of the Communist Party and the Secret Sources of its Power’ (Polity Press) comes out in September. Image credit: CC by President of Russia/Flickr.