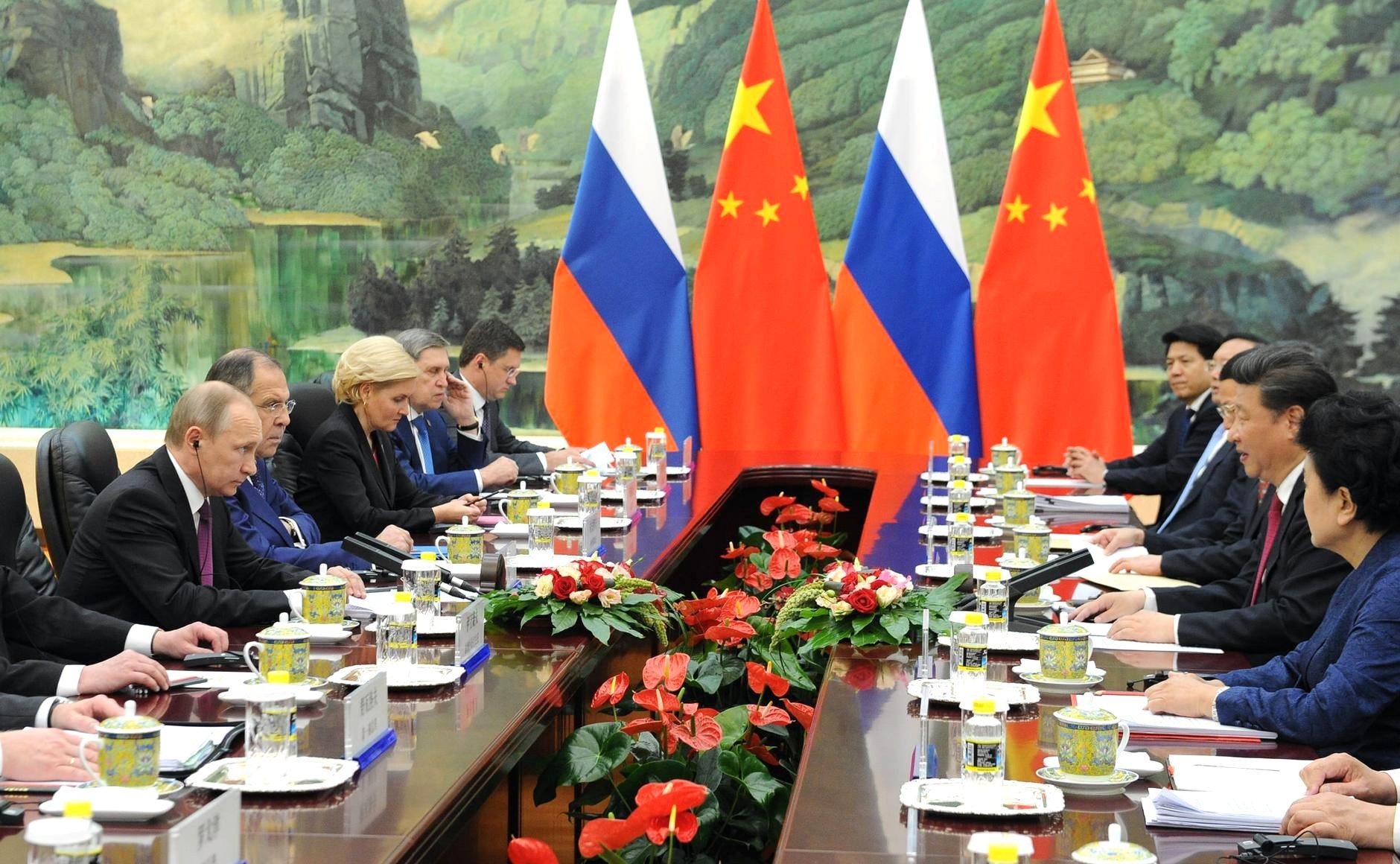 Expect a banner year for Sino-Russian relations. Triangular logic dictates this, as the Sino-US relationship is headed for intensified tensions over trade and, probably, North Korea, while the Russo-US relationship is in peril over the aftereffects of Russian interference in the election that brought Donald Trump to power and the decision by Vladimir Putin to double-down on sabre-rattling.

The back-to-back extensions in the presidency of Xi Jinping no longer bound by term limits and Vladimir Putin, re-elected for six more years with little reason to give up power even then, have serious implications for Sino-Russian relations too. We can expect a further spike in national identities of a more authoritarian nature, differentiated more sharply from that of the United States. In turn, Trump’s abandonment of economic globalization and moral leadership of the community of US allies and partners encourages Xi and Putin to take risks in pursuing national interests. Secondary issues that in other circumstances could have ruffled Sino-Russian relations stand little chance to get much airing in this increasingly polarized global environment.

Two early March developments could upend international relations: Trump’s unilateral move to impose tariffs on steel and aluminium imports, and Kim Jong-un’s willingness to discuss with the United States denuclearization after hosting South Korean officials in a forward-looking manner.   In the first case, Xi Jinping senses an opening to be viewed as the champion of globalization, as Putin may use this opportunity to capitalize on sharpening divisions between Washington and its allies. This environment poses no risk to Sino-Russian closeness. In the second case, talks will prove difficult, and, as long anticipated, will give Putin and Xi Jinping their opening to press for more and earlier US concessions on regional security, backing Kim Jong-un’s sequence of stages with possible encouragement from Moon Jae-in.

Such talks, at least in their early stages, should boost Sino-Russian coordination in a way that perhaps no other global challenge could do.

In Asia Moon Jae-in and Abe Shinzo can be expected to try to calm tensions between Trump and the Chinese and Russian leaders. Northeast Asia looms as the most likely hot spot that puts the spotlight on the degree of Sino-Russian coordination versus the United States. After all, North Korea is both a border issue and a national identity legacy seen through the lens of Beijing and Moscow and, even more, from listening posts near Shenyang and Vladivostok. A showdown in which the US side insisted on US-ROK military exercises and a virtual economic blockade with a preventive “bloody nose” approach looming in the background would arouse Sino-Russian joint resistance. This resistance would take a more nuanced form should Kim Jong-un follow his meeting on March 5 with Moon Jae-in’s emissaries with soothing talk of mutual freezes and negotiations, delaying actual denuclearization.

That would open the door to joint calls by Chinese and Russians for unconditional negotiations prioritizing strategic realignment in Northeast Asia as serious pursuit of denuclearization and missile pullbacks is relegated to later.

Abe continues, against all odds, to pursue a breakthrough with Putin, showcasing their close relationship. Lately, he has made an exchange of visits in 2018 with Xi Jinping a priority too. Can he somehow play a mediating role between them and Trump, through his relationship deemed “closest of all” with the President? Moon is walking a finer tightrope after his September 2017 visit to Vladivostok invigorating coordination with Putin and his December 2017 trip to Beijing setting aside the THAAD imbroglio and assuring Xi Jinping with the “three noes” narrowing the foreign policy options of South Korea: no further THAAD deployment, no joint missile defense, and no trilateral alliance with Tokyo as well as Washington.

Yet, Abe is a hardliner on North Korea for tougher sanctions and military pressure, while Moon’s dependence on Washington for defence limits his options. Trump has shown no inclination to allow allies to constrain his assertiveness. It is more likely that Putin and Xi can play on differences between allies if Kim Jong-un plays his cards well than that either US ally could gain a mediating role acceptable to the United States.

One often hears that Sino-Russian relations are strained by divergent strategies in the Arctic, Central Asia, South Asia, and Southeast Asia. None has the prospect of causing an open rift. They have been effectively managed so far, and they are understood to be secondary in the big picture of national security and for the overall narrative of national identity that Xi Jinping and Putin are constructing. What purpose would be served by letting differences over Kazakhstan, India, Vietnam, or even the opening up of the Arctic sea route rise to the level of open tensions?

The strategic triangle has again taken centre stage, driven by national identities and security logic, as on the Korean Peninsula. The more troubled US alliances are and the more inept is US diplomacy, the more reason there is for Beijing and Moscow to find common cause in seizing this unprecedented opportunity. Trump is an unmitigated blessing for the Xi-Putin relationship.

Gilbert Rozman is the editor of The Asan Forum and the Emeritus Musgrave Professor of Sociology at Princeton University, specializing in Northeast Asian societies: China, Japan, Korea, and Russia. He has compared them, most recently concentrating on national identities. In addition, Rozman works on sociological factors in international relations, emphasizing mutual perceptions and barriers to regionalism. Image Credit: CC by President of Russia/Flickr.