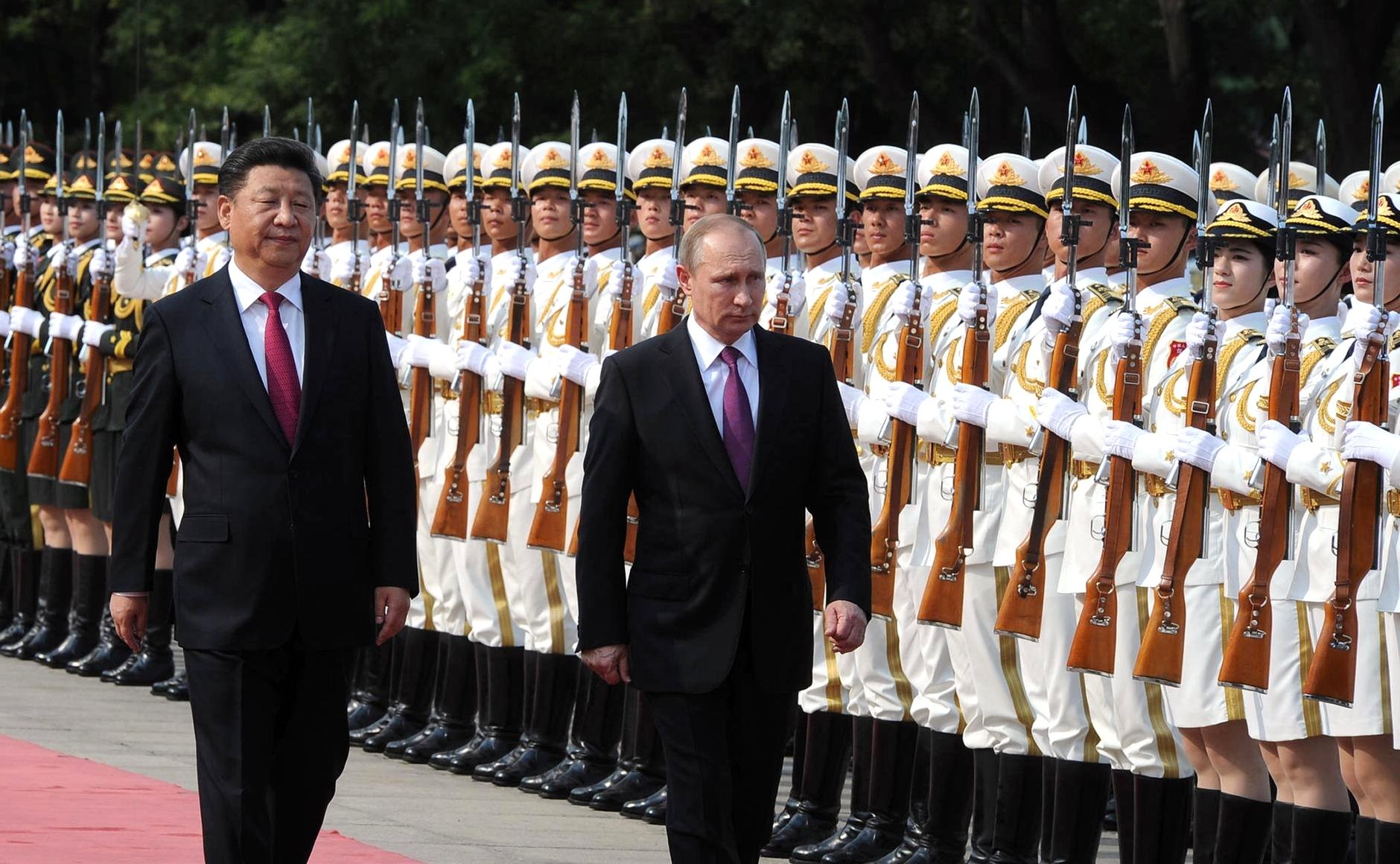 Russia and China, the world’s two leading authoritarian states, engage in substantive defence and security cooperation. This has been particularly true since 2014 when the Russian annexation of Crimea ratcheted up tensions between Russia and the West. At the same time, American and Chinese interests have increasingly clashed in the Asia-Pacific. Chinese and Russian cooperation has been enhanced by their conflicts with the West.

Defence and security cooperation has been enabled by the complete demarcation of the Chinese-Russian border. After armed clashes in the late 1960s nearly led to war, Mikhail Gorbachev began easing border tensions in the late 1980s. During the 1990s progress was made on contested areas of the border, and in 2004 Russian President Vladimir Putin and Chinese President Jiang Zemin agreed on a settlement of the last disputed boundaries on Heixiazi Island and Abagaitu Shoal. Moreover, Beijing and Moscow have signed a series of agreements that have established a demilitarized zone on both sides of the border.

Russian weapons sales to China have been one important element of defence cooperation. After the West imposed an arms embargo on China in 1989, China was forced to rely on Russia for weapons purchases. Russia has sold China numerous arms, including submarines, destroyers, missiles, fighter planes, helicopters, and jet engines. There have been some frictions in the arms sales relationship. For example, Russians have accused China of reverse engineering the weapons it purchases. China is now a competitor of Russia in the international arms market, and Moscow has to consider whether selling arms to China threatens its own security. Moreover, Beijing desires to further develop its own arms industry so that it no longer relies on Russian imports, and has made substantial progress in that regard. Nevertheless, recent arms sales demonstrate that the relationship is still robust. Moscow is selling Beijing some of Russia’s most advanced systems, including 24 multi-role Su-35 fighter planes. China is also the first country to purchase Russia’s S-400 air defence system, one of the most effective in the world. These two systems significantly enhance Chinese military capabilities.

Russia and China have engaged in joint military exercises as well, both bilaterally and under the auspices of the Shanghai Cooperation Organization (SCO). The first major land exercises including Russia and China took place in 2003, involving forces from five SCO countries. From 2005 to 2016 there were eight SCO “Peace Mission” exercises, three of which involved only Russia and China. The first official bilateral naval drills involving China and Russia took place in the Yellow Sea in 2012. Since then there have been one or more exercises each year, increasing in levels of sophistication and coordination.  Notably, in 2014 and 2015 Russian and Chinese naval vessels exercised in the Mediterranean, demonstrating the reach of both countries’ navies. In 2016, “Joint Sea 2016” was held in the sensitive South China Sea, sending a political message of Russian support for China in the region (although the Russian presence was relatively small). In 2018, in further exercises that carried political overtones, Russian and Chinese fleets conducted manoeuvres near North Korea and in the Baltic Sea, far from Chinese shores. These naval exercises enhance operational skills and interoperability, as well as demonstrate a level of trust and political support readily evident to Chinese and Russian rivals.

However, China and Russia’s security cooperation extends beyond the military realm.  Both states see regime stability as a major security priority. Russia and China fear that external forces might link up with internal opponents to undermine their existing regimes. Therefore Moscow and Beijing cooperate on countering non-traditional security threats that they see as destabilizing. These include coloured revolutions, cyber and information security, and terrorism and violent extremism.

Moscow and Beijing both oppose colour revolutions, named after peaceful uprisings that brought down regimes in Georgia in 2003, Ukraine in 2004, and Kyrgyzstan in 2005 (as well as later uprisings in the Middle East). Chinese and Russian military strategies both list subversive activities or colour revolutions, believed to be encouraged or even orchestrated by the West, as serious challenges. Russian and Chinese officials have discussed what they perceive as threats coming from foreign-funded NGOs and have adopted similar restrictive policies toward such organizations. Moscow and Beijing provide political support for state sovereignty and authoritarian measures of maintaining government control in a variety of non-democratic states.

Similarly, China and Russia see threats to domestic stability emanating from the cyber realm. Beijing and Moscow view cyber threats much more broadly than the West, including information that could undermine or destabilize the regimes. In 2015 the two countries signed a treaty pledging cooperation on “information security” and promising not to use “computer attacks” against each other, and followed up with an additional agreement in 2016. Both countries engage in censorship and surveillance of the internet, justified in terms of state security, although China has more restrictive control of the internet than Russia. Moscow and Beijing have together pushed the United Nations to establish an “international code of conduct for information security” that would ensure states’ internet sovereignty, enabling governments to control what they consider to be dangerous or objectionable information flows.

Finally, Russia and China have cooperated to counteract terrorism and violent extremism, an important goal in defending against further threats to their respective regimes. A Russian-Chinese Counterterrorism Working Group meets regularly, and the two sides conduct large-scale joint anti-terrorist exercises. Further, China and Russia cooperate in the SCO to coordinate responses to the terrorist threat in China, Russia, and Central Asia and have forwarded common positions on extremism within the BRICS grouping.

In conclusion, defence and security cooperation play an important role in the Sino-Russian strategic partnership. There are of course limits to cooperation. Memories of past conflicts and China’s growing economic and military power relative to Russia are important restraining factors. The two sides’ geopolitical interests do not always coincide. Beijing and Moscow do not have an alliance, as neither side wants to be drawn unwillingly into potential conflicts initiated by the other. Nevertheless, the “comprehensive strategic and cooperative partnership” is real, and defence and security collaboration play an important role in cementing this relationship. The Sino-Russian partnership has advanced to a point where the West should not expect to be able to easily drive a wedge between these two authoritarian giants, but western policy should aim to avoid drawing Beijing and Moscow even closer.

Paul Bolt is a Professor of Political Science at the United States Air Force Academy. Sharyl Cross is Director of the Kozmetsky Center at St. Edward’s University & Global Policy Scholar at the Kennan Institute/Woodrow Wilson International Center for Scholars.  They are co-authors of the recently published China, Russia, and Twenty-First Century Global Geopolitics (Oxford: Oxford University Press, 2018).  The views expressed belong to the authors alone. Image Credit: CC by President of Russia/Flickr.