The 2018 Olympics and Northeast Asian Emotions 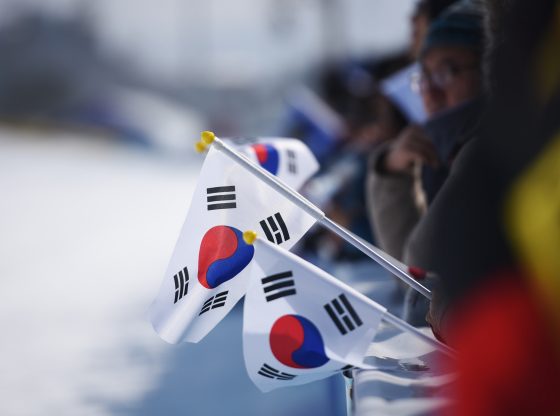 In the next decade, three consecutive Olympics will take place in East Asia, respectively in PyeongChang (2018), Tokyo (2020), and Beijing-Zhangjiakou (2022). It is both an opportune and important time to see how East Asian countries and their people articulate their national, regional and global relations and identities throughout three sport mega-events. The Olympics are a global spectacle par excellence.

They also contribute to enhancing national identity and provide an arena in which regional countries mediate their rivalries in the process of competing against both regional and non-regional countries. In South Korea, the representation of the Olympics has historically played a significant role in promoting national belonging and pride. In this vein, the news media reports on the 2018 Olympics and people’s online responses to them provide plentiful resources for illuminating South Korea’s changing structures of feelings both on its national identity and its perception towards East Asia.

The 2018 Olympics and related issues have influenced South Korea’s perceptions, attitudes, and emotions towards its neighbouring countries, including North Korea, Japan and China.

The first of these events, the 2018 PyeongChang Olympics, have succeeded in attracting local, regional and global attention. In particular, the surprising participation of North Korea in the Olympics played a crucial role in enticing intense and diverse responses nationally and globally. Given the on-going disputes over North Korea’s missile and nuclear tests, their participation has both positively and negatively highlighted political and socio-cultural issues. In South Korea, the visit of special envoys and performance groups from North Korea and the joint national team of South and North Korea for Women’s Ice hockey have provided momentum for a peaceful and reconciliatory mood as well as disputes over ideological divisions and historic anguish towards North Korea.

North Korea’s participation and the interactions between North and South Korea also elicited mixed responses from neighbouring countries such as Japan and China, and of course, from the U.S.A. While China expressed favourable views of the collaboration between South and North Korea, Japan and the U.S.A tried to ignore North Korea by focusing on the alliance between the U.S.A., Japan, and South Korea.

Meanwhile, disputes over the historic anguish between Korea and Japan re-emerged before the Olympics: the new South Korean government raised the issue over the deal on the comfort women between its previous government and Japan. As the Japanese government expressed discomfort over Korea’s position, there was a rumour that Abe Shinzo, the Japanese Prime Minister might not participate in the opening ceremony of the Olympics. Although he eventually did attend the ceremony, his comments during the Olympic events attracted media attention, which caused various reactions of rage and instigation in South Korea.

Despite all the hype and tensions before the Olympics, several events and competitions in the 2018 PyeongChang Olympics also gave impetus to Asian connectivity and the positive sharing of emotion. The friendship between Sang-hwa Lee, a South Korean skater, and her Japanese rival Nao Kodaira has touched the hearts of Olympic fans and audiences in the women’s 500-meter speed skating. The South-North Korean joint team in women’s ice hockey also received much attention and encouragement during the events.

The 2018 PyeongChang Winter Olympics serve as a platform for transforming the structures of feelings toward Asian countries in South Korea. The 2018 Olympics and related issues have influenced South Korea’s perceptions, attitudes, and emotions towards its neighbouring countries, including North Korea, Japan and China. The news media reports during the Olympics in South Korea not only reflect people’s individual and collective thoughts on nationhood and regional relations, but also instigate certain kinds of feelings against its neighbouring countries, particularly North Korea. The Korean mass media has paid particular attention to the sudden participation of North Korea and its political implications for inter-Korea relations as well as regional and global politics.

The media has also kept its eyes on the U.S.A, Japan and China’s reactions and thoughts on North Korea and reconciliatory moods of both Koreas throughout the Olympics. Domestically, some Koreans have expressed negative opinions and even hate speech towards North Korea’s participation not only for ideological reasons but also for allegedly violating fairness. In particular, young Koreans criticise North Korea for being a free rider who is taking advantage of South Korea’s efforts of preparing for the Olympics. Meanwhile, the historic disputes against Japan reignited because Japan rejected South Korea’s call for additional measures on the comfort women issue before the Olympics.

The Olympics enable rapid changes in inter-Asian emotions by providing concentrated exposure to encountering neighbouring countries and athletes in both personal and mediated ways.  A close reading of the media representation of the Olympics provides a clue for understanding the changing feelings, thoughts, and perspectives toward Asian counterparts as well as the cultural geography of Asia.

Younghan Cho is Professor in Korean Studies at Hankuk University of Foreign Studies, Seoul, Korea. His research interests include media and cultural studies, global sports and nationalism, and East Asian pop culture and modernity, and cultural economy in Korean and Asian contexts. Dr. Cho has co-edited several special issues and books on the subject of sports and Asian politics. Image credit: CC by Republic of Korea/Flickr.