Should the West concede to a Chinese sphere of influence?

Home /China, International Relations/Should the West concede to a Chinese sphere of influence? 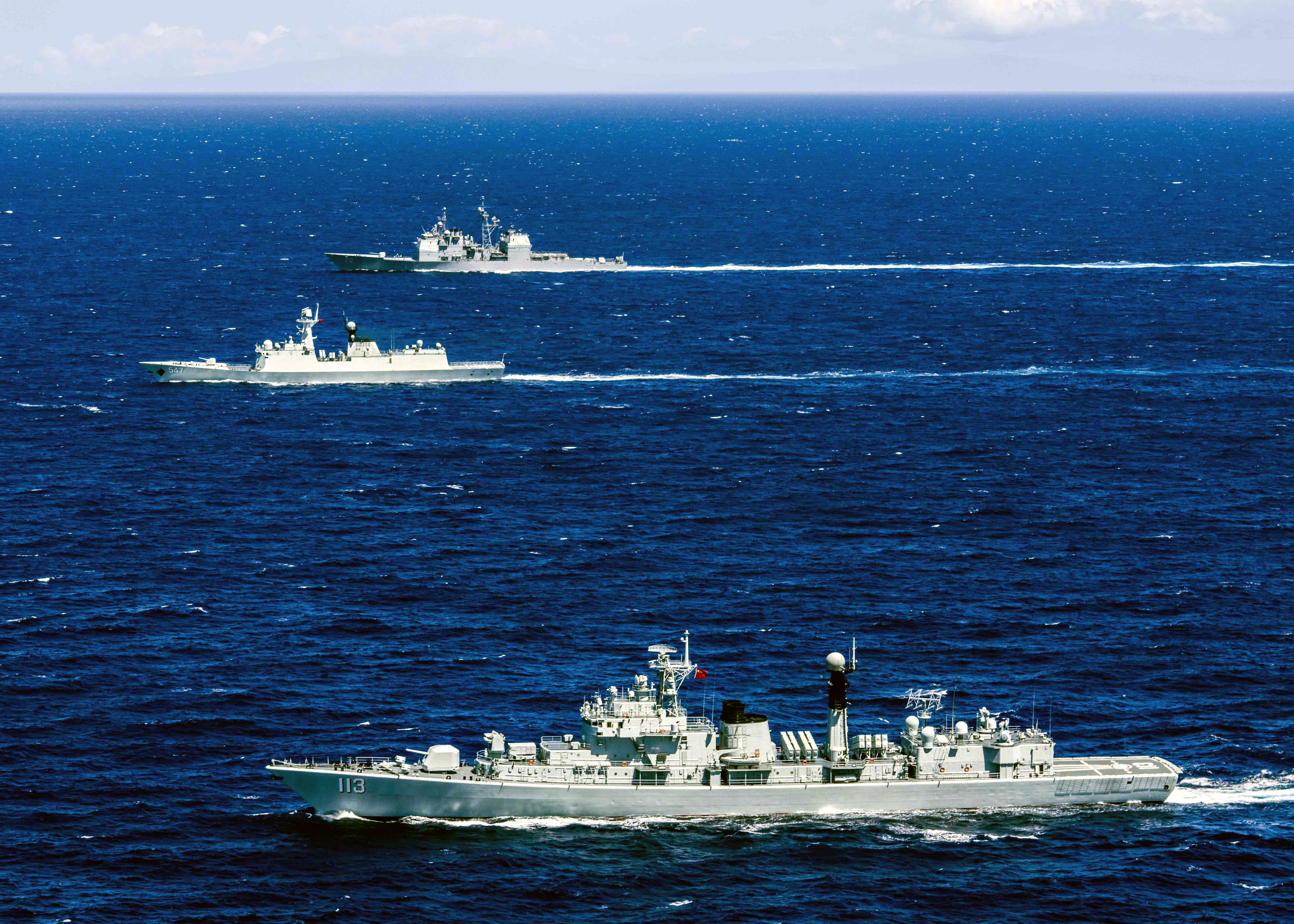 Almost everyone agrees that China is a rising power. According to purchase power parity data, China passed America in 2014 in the size of its economy. Since the Chinese economy still grows much faster than the American one, it is quite plausible that the size of their economy will be about 50% larger than America’s at some time in the 2020s and that it will be twice as large at some time in the 2030s. Obviously, lots of caveats should accompany such extrapolations. Chinese demography is a challenge. Almost certainly the country will become grey before it becomes rich. A male surplus may contribute to political instability. Autocracy is equally compatible with disasters as with miracles.

Nevertheless, positive expectations about the Chinese growth rate look more plausible than the opposite. Although cross-national studies of economic growth rates generate a lot of findings which are not robust or easily replicable, some effects are strong.

Income levels and human capital endowments support optimism about the Chinese economy. The country still benefits from advantages of backwardness resulting in faster growth rates than elsewhere. Moreover, Chinese mass education looks more successful than education in other countries at similar levels of economic development. Admittedly, Chinese deficits in economic freedom and the rule of law make its recent catch-up growth a miracle, not only because of its speed, but because it is so hard to explain it. One may even suspect that traditional Chinese values are more supportive of achievement motivation than postmodern values in the West.

China is the most plausible challenger to American hegemony. Although economic size is not yet military power, in the long run it is a prerequisite for it. One may contend that autocracies, those ruled by Communist Parties certainly included, might get more military power out of an economic base than democracies where the capability of rulers to place burdens on the people is restricted. While China may need two or even three more decades to catch up with American military power, ultimately it is likely to do so.

Some theories of world politics link stable hegemony or preponderance to the avoidance of war and power transitions to risks of war. Recently, Graham Allison has even provided a numerical estimate of the risk of war-related to challengers catching up with dominant status quo powers or surpassing them. According to his Thucydides Trap, in 12 out of 16 previous cases the outcome was war. Of course, one may debate the details of this coding. But if I imagine some different coding’s of events, then I arrive at similar or worse expectations about the risk of war arising from power transitions.

For liberal or idealistic Westerners, spheres of influence are simply illegitimate and beyond the pale. When NATO expanded beyond the Oder river in the 1990s, it demonstrated a lack of respect for traditional Russian claims for a sphere of influence of its own. There have been warnings about this leading to a new Cold War, most prominently by George Kennan, the architect of the successful American containment policy against the Soviet Union. After the turn of the millennium, Western disrespect of Russian claims to a sphere of influence in the near-abroad was reinforced by considering the inclusion of Ukraine and Georgia in NATO.  Admittedly, this proposed NATO expansion responded to popular desires, especially in Poland and the Baltic republics. Nevertheless, one may attribute quite a bit of responsibility for the current predicament of Ukraine to a lack of Western readiness to concede spheres of influence to other great powers, as John Mearsheimer has pointed out before.

Although the size of the Russian economy is at best one-sixth of America’s, the military inheritance from the Soviet Union and its huge nuclear arsenal imply that Russia still is a great power to be handled carefully and respectfully.  American denial of the legitimacy of spheres of influence is not accepted by the Russians or Chinese as proof of a superior morality but as a claim for global dominance where only the US commands a sphere of influence. Contemporary trends in economic performance erode American hegemony. The unipolar moment which America enjoyed after the collapse of the Soviet Union has gone.

Currently, the Chinese sphere of influence is fuzzy rather than well defined. Almost certainly, the Chinese want to include all of Southeast Asia in it. Chinese claims in the South China Sea demonstrate it. Despite this fuzziness, China certainly wants North Korea to be and remain part of it. The dependence of North Korea on trade with China, the North Korean need for Chinese support as well as geographical contiguity and the power differential make North Korea an obvious candidate for the inclusion in the Chinese sphere of influence. From a Chinese perspective, this raises the question whether North Korea should command a nuclear force of its own. Asking the question already implies an answer. Since nuclear weapons in North Korean hands increase the power and independence of the country, they tend to undermine its client-state status.

Focusing on capabilities only instead of intentions, North Korean nuclear weapons are a greater threat to China than to America or the West. America is more capable of establishing some missile defence against North Korea than China. Chinese warning times in case of a North Korean attack – however unlikely it currently looks – are shorter than American warning times would be. Thus, the current division of labour between America and China is strange. Far away and comparatively safe America feels threatened by North Korea’s acquisition of nuclear weapons, whereas China behaves as if it did not care. Strangely, Americans do not transfer the North Korean problem to China. The US could admit that North Korea is part of the Chinese sphere of influence and declare its respect for the Chinese sphere.

If China wants a second nuclear power within its sphere of influence, so be it. If China wants the US, its Japanese and South Korean allies to cooperate against a conceivable North Korean attack by building some missile defence system, so be it. Worst case analysts in China will almost certainly recognize the possibility that an American missile defence might work better than currently imagined and thereafter be extended to cover even a conceivable Chinese attack. By contrast to the US, Chinese interference in North Korean affairs will not be deterred by the risk of escalation to some wider conflagration between the US and China. How China handles the North Korean affair should be its own responsibility. For those who regard this policy advice as too cynical, one can find some consolation in the idea that replacing the Kim regime with a regime modelled on China is likely to improve the standard of living of ordinary North Koreans.

What if China does not take the bait and sits on its hands? Then North Korea will become an independent nuclear power, undermine the cohesion of the nascent Chinese sphere of influence, and likely become an ever greater irritation to its giant neighbour. If the Chinese insist on Kim’s dictatorship becoming a nuclear power, distant America can live with that outcome better than proximate China. In the case of North Korea, there are benefits in American or Western recognition of a Chinese sphere of influence.

Whereas America hesitates to recognize a Chinese sphere of influence in Northeast Asia, American policies elsewhere imply the risk of promoting a much bigger Chinese sphere of influence later. Current purchase power parity data implies a ratio of more than six to one between China and Russia. The Chinese economy grows much faster than the Russian economy. There might be a ratio of about ten to one in the 2020s. Although Russia still enjoys much stronger nuclear forces than China and therefore may currently be an equal partner of China, in the very long run a ten to one ratio in economic size is likely to affect the military balance, too. Russia will find it extremely hard to avoid becoming the junior partner in any alliance with China. From a Chinese perspective, there is some hope of turning an allied Russia into a client-state and a component of a big Chinese sphere of influence.

Whereas it is hard to see any benefits for America or the West from pushing Russia into China’s arms, this is the most likely and already observable effect of Western economic sanctions against Russia.

A focus on China as the only plausible challenger to the United States for decades to come does not necessarily imply the recommendation of hawkish policies against China. In the nuclear age, the prevention of great power war has become more urgent than it ever was in previous periods of history. The prospect of mutually assured destruction may reduce the risk of war between ascending China and declining America. Red lines help to avoid misunderstandings. This implies the need for some mutual recognition of spheres of influence. The more powerful China becomes, the more expansive its claims for a sphere of influence of its own are likely to become. The United States should be prepared to make some concessions.

Peace should not only rest on fear. There also is a huge quantitative literature on the capitalist peace (which I summarized in a chapter in Christopher Coyne’s Handbook on the Political Economy of War) according to which economic interdependence or trade between nations reduce the risk of war. Fortunately, the United States and China trade a lot with each other. They are much more economically interdependent than the two superpowers of the Cold War era once were. Economic cooperation between the declining hegemon and the ascending challenger should be guarded as a treasure, as one ray of hope for mitigating the tragedy of great power politics and avoiding the Thucydides trap.

In order to reap the pacifying benefits of trade and other forms of economic cooperation, however, nations and governments need to expect future cooperation, not only to benefit from current trade or cooperation, as has been pointed out by Dale Copeland in his work on Economic Interdependence and War. Economic sanctions do not only undermine the expectation of future benefits from trade in the targeted nation, but also among mere observers. That is why Western sanctions against Russia suffer from two problems: They undermine hopes for a capitalist peace, and they push Russia into the Chinese sphere of influence.

Erich Weede is a retired professor of sociology at the University of Bonn, Germany. He has undertaken quantitative research on the causes of war as well as comparative studies on the rise and decline of civilizations . Image Credit: CC by U.S. Navy/Flickr.

Taiwan’s official diplomatic relationships
Noise pollution in Taiwan in the age of PM2.5