What the Belt and Road means for Sino-Russian relations 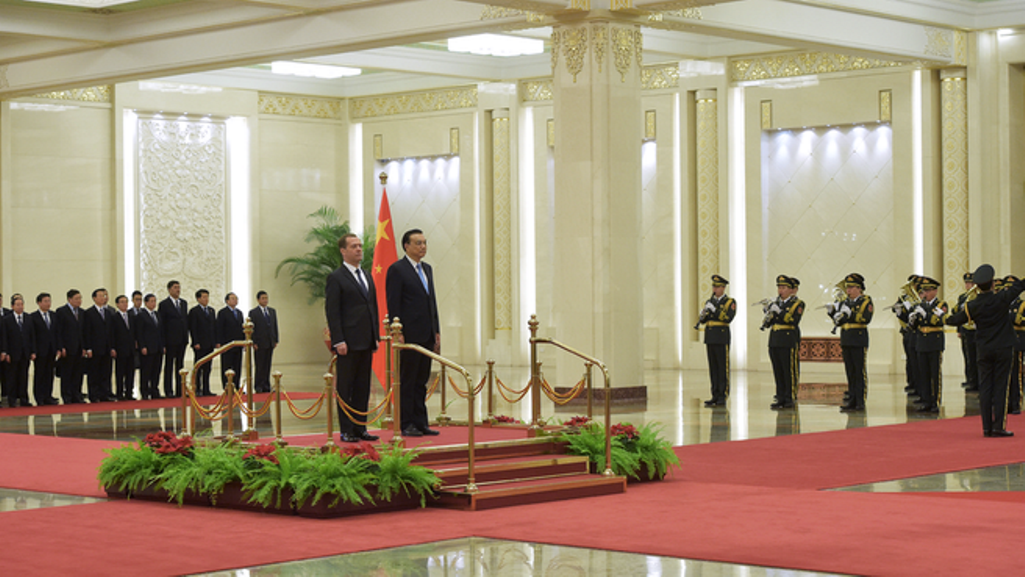 During his visit to Kazakhstan in September 2013, Chinese President Xi Jinping announced the Silk Road Economic Belt (SREB). A month later, speaking at the Indonesian parliament, Xi proposed the idea of the 21st Century Maritime Silk Road Initiative, or MSRI for short. The two have generally been referred to as the One Belt, One Road (OBOR), also called the Belt & Road Initiative (BRI). A massive and ambitious geo-economic and geostrategic initiative conceptualized, rationalized, and now being operationalized and implemented by Beijing, it combines the heretofore multiple goals (economic, energy security, and diplomatic) with various stakeholders (government, enterprises, and financial institutions) to forge a coordinated, systematic, and phased development program of grand scale and extensive reach.

BRI involves close to 70 countries covering Central Asia, South Asia, ASEAN, Central and Eastern Europe, West Asia, and North Africa, over 900 projects, and $890 billion as of early 2017. This represents a combined population of 4.4 billion, $23 trillion in GDP, 69% and 29%, respectively, of the global total. According to the forecast of the McKinsey Global Institute, these countries will be contributing to 80% of the global GDP growth by 2050.

Connectivity is the principal objective of BRI. However, it is a much broader concept, as President Xi emphasized at a meeting in late 2014: ‘linking Asian countries is “not merely about building roads and bridges or making linear connection of different places … it should be a three-way combination of infrastructure, institutional and people-to-people exchanges and five-way progress in policy communication, infrastructure connectivity, trade line[s], capital flow[s] and understanding among people’. And in May 2017, the Belt & Road Forum (BRF) was held in Beijing, attracting close to 30 heads of states and governments and hundreds of diplomats, businesspeople, and the media. Russian President Putin was invited and given prominent spot at the forum, at which he praised the initiative as a ‘timely and important proposition’ and pledged Russia’s support and active participation.

China and Russia have formed a strategic partnership since the mid-1990s. Driven their shared interest in opposing what they characterize as power politics and US hegemony, Beijing and Moscow have formed a united front on many important issues such as global governance and the respect for sovereignty and pledged support to each other’s diplomatic initiatives. They have also benefited from close cooperation in the areas of arms trade and military technology transfers, anti-terrorism, energy development, and stability in Central Asia through the Shanghai Cooperation Organization (SCO). This partnership appears to have been further strengthened by the particular personal bond between Presidents Putin and Xi over the past years. In this context, Putin’s praise of BRI is to be expected.

However, the problem is with the substance to Putin’s pledge. Apart from a few energy-related projects, there is really not much to report on Sino-Russian cooperation in BRI, even though it consists of six economic corridors, with three of them directly or indirectly involving and affecting Russia—such as the China-Mongolia-Russia Economic Corridor, New Eurasian Land Bridge, and the Central and West Asia Economic Corridor. Focusing on connectivity, with infrastructure development as the priority, BRI invests heavily in roads, railways, ports, but also seeks to develop industrial zones, special economic zones, and other relevant projects. The objectives are to leverage the infrastructure to stimulate local economies, therefore facilitating better trade flows, investment opportunities, as well as promoting tourism, education, and overall living standards.

This provides an opportunity to promote economic cooperation between China and Russia. One channel would be through the Eurasian Economic Union (EEU). Launched in January 2015 with four founding member states (Russia, Kazakhstan, Belarus and Armenia; Kyrgyzstan joined seven months later), the organization clearly reflects Russian dominance (86% of its total GDP) and indeed it is often viewed as an instrument of Russian power. Given difficulties Russia has experienced in recent years due to the falling oil price and the sanctions imposed by the West, there are strong incentives propelling Moscow to seek greater cooperation with China and the development of its own pivot to Asia project.

In May 2015 China and Russia declared they would coordinate the development of EEU and the SREB, the Eurasian component of BRI. The reasons are clear: Russia and members of EEU can avail themselves of the financial resources that the SREB can offer to improve infrastructure especially in transportation while China will also benefit from improved infrastructure to promote trade and energy cooperation. However, despite the seemingly complimentary nature of the EEU-SREB connection, there are a number of challenges. Russia’s stymied economy is a grave reality that Moscow recognizes, but it has to weigh the potential economic benefits against the risk of growing Chinese presence and eventually Chinese dominance in goods, finance and political influence in Russia’s traditional backyard. Such reservations suggest that significant challenges remain in turning the declared EEU-SREB cooperation into concrete undertakings.

Granted, Beijing often emphasizes the ‘win-win’ potential of BRI and flatly rejects the allegation that the initiative is a cover for its hidden agendas of re-establishing China as the preeminent power in Eurasia, challenging existing international institutions, exporting its excess capacities and creating asymmetrical dependence relationships with developing countries, and extending political and diplomatic influence along the BRI routes. Beijing has been sensitive and attentive to Moscow’s view of its status in what it has always considered as its backyard and sphere of influence. For instance, a delicate and carefully nurtured co-management of the SCO by Russia and China has kept the region in relative stability and the organization viable and even expanding.

Indeed, the fact that Russia remains a dominant force in Eurasia means that Beijing must seek Moscow’s endorsement of China’s economic and diplomatic initiatives, including BRI. Indeed, even though Beijing wields enormous economic power and is increasingly extending its presence in Eurasia, its ability to pursue and promote SREB projects can be impeded should Moscow choose to undermine Chinese endeavours. Indeed, prior to the launch of the SREB, China’s interest in expanding the SCO’s mandate to include trade, finance and energy development were met with resistance from Moscow. Russia’s insecurity and concern over China’s growing influence make it a hesitant supporter of BRI, its rhetoric notwithstanding. Perhaps that explains the way the SREB was launched, which appeared designed to make Eurasia a vital link to Europe for China by largely bypassing Russia.

Jingdong Yuan is an Associate Professor at the University of Sydney Centre for International Security Studies. He specialises in Asia-Pacific security, Chinese defence and foreign policy, and global and regional arms control and non-proliferation issues. Image Credit: CC by President of Russia/Flickr.

The recognition imperative behind Taiwan’s diplomacy
Vietnam and India: A vital relationship in Southeast Asia