Bangladesh-Myanmar repatriation: what is at stake for the Rohingya?

Home /Bangladesh, Burma/Myanmar/Bangladesh-Myanmar repatriation: what is at stake for the Rohingya? 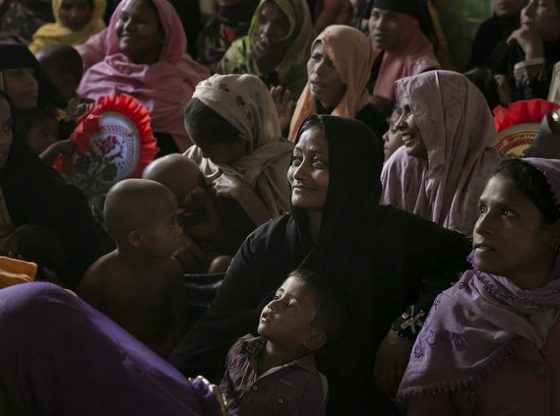 The UN declared it the “the most urgent refugee emergency in the world”. Since August last year around 750,000 Rohingya people from Myanmar have fled to Bangladesh, evading military crackdowns in the Rakhine State. They joined another 300,000 in Bangladesh who had previous escaped persecution.

A repatriation deal to return the Rohingya to Myanmar from Bangladesh – where refugees camps have swollen well past capacity – was announced in November of last year. But the repatriations due to occur on January 22nd, 2018 have been delayed.

Vast numbers of Rohingyas, not only in Bangladesh but numerous other countries around the region, are stateless, living in limbo. Therefore, the Rohingya repatriation deal, its terms, delay and successful implementation impacts upon the lives of millions.

Both repatriating the Rohingya to Myanmar and allowing them to reside in Bangladesh pose large dilemmas. Bangladesh is stretched beyond capacity.

Yet repatriation cannot occur safely in a short period of time. Doing so would be both dangerous and premature. In early January the Myanmar Army admitted its soldiers had captured and executed 10 Rohingyas and buried them in a mass grave

On the other hand, allowing them to reside in the Bangladeshi territory is also causing huge problems. The present population density, poor sanitation and hygiene conditions in the temporary settlements are highly risky. These conditions could lead to an outbreak of cholera or Acute Watery Diarrhoea (AWD), both of which are endemic in Bangladesh. These diseases could kill thousands of Rohingyas.

Even though the agreement stated it would be a “safe, secure and dignified” process, the deal failed to outline what conditions the Rohingya will face upon their return and whether it would be any different to their earlier situation.

Many Rohingyas, who were not involved in planning the deal, were fearful of being forced to return.

The deal doesn’t include a guarantee for the provision of basic rights for the Rohingya. Rights such as freedom from persecutions and violence, work rights and perhaps most importantly the granting of citizenship. Without these provisions there is deep concern that the Rohingya would be repatriated only to experience a similar situation to the one which they fled.

What is at stake?

The bilateral repatriation deal between Bangladesh and Myanmar is not the first initiative of its kind for the two countries; a similar deal was sealed in 1992. An initial agreement, reached on November 23rd, 2017, laid the groundwork for the repatriation deal which would see the return of thousands of Rohingyas to Myanmar from Bangladesh. It promised to ensure the return was a ‘safe, secure and dignified’ process.

The deal refers to the return of “eligible” refugees, raising concern over who would be included and excluded. Only Rohingyas with identity documents will be allowed to return. However, as the Rohingya have been denied citizenship since 1982, the majority of them do not have verified documentation.

Under the deal, 1,500 “eligible” Rohingyas would be returned each week. In addition, only those who fled after October 9, 2016 have the possibility of repatriation. The deal specified that repatriation will occur from five camps in Bangladesh and the Rohingyas will be resettled in temporary accommodation at reception centres in Myanmar.

If careful attention is not given towards the whole repatriation process, instead of serving as a ‘way out’ the deal will only worsen the humanitarian catastrophe that has been occurring for decades.

The Rohingya people whose homeland is in the Rakhine State of Myanmar, have faced decades of persecution and denial of citizenship. In fact, the Rohingyas had been fleeing to Bangladesh since the 1940s. Most Rohingya refugees in Bangladesh are living in two camps built in the regions of Teknaf and Cox’s Bazar.

The military crackdown, beginning in August last year, that sparked the mass exodus has killed an estimated 6,700 people. The UN condemned the attack and called it a “textbook example of ethnic cleansing”. The Myanmar government argue the violence was due to insurgency attacks by Rohingya militants on several security posts in Rakhine.

Rohingya in other countries: Malaysia and Indonesia

Rohingya have been leaving Myanmar for Malaysia since the 1970s. For many of them, Malaysia is their chosen destination due to its status as a Muslim nation, the large network of Rohingya in the country and the prospect of better opportunities and living conditions. Malaysia currently hosts a population of around 150,000 Rohingyas, however only 65,910 of them are registered with UNHCR.

Life in Malaysia is very challenging for the four generations of stateless Rohingya people in Peninsular Malaysia who have no status before the law. Without residency status, integration with the local communities remains impossible and they are excluded from accessing public services, such as public schools. Schools run by NGO, religious and community organisations are only able to provide very basic primary education. This is only enough to equip the children with literacy and numeracy levels adequate for low-skilled jobs in the often exploitative informal economy.

While Indonesia has taken on a leadership role in the region, supporting the Rohingyas in Myanmar and Bangladesh, a similar situation to that in Myanmar is also present in Indonesia. There, despite being stuck for years, Rohingyas have not been treated differently to other refugees.

Although Indonesia is not party to the 1951 Refugee Convention, the standard of treatment and procedure for foreign refugee is consistent. Indonesia has adhered to the principle of non-refoulement since the Cold War period. This principle was formalised by the decree No. 125/2016 on “the treatment of foreign refugees”. Nevertheless, refugees and asylum seekers still face many restrictions on mobility and job access; a situation that resembles what they experienced in Myanmar.

International community should step up

The UNHCR in Indonesia is coordinating with the relevant ministries, especially the Coordinating Ministry of Politics, Law, and Security’s desk, regarding the handling of refugees. They are advocating for an effective refugee policy that will make it possible for refugees to move outside of the city, be educated and to work legally. Currently, this desk is focusing on the establishment of 13 refugee shelters in 13 provinces throughout the archipelago.

Malaysia’s visible efforts to alleviate the ongoing Rohingya crisis have prompted other countries to follow suit. After opening a RM 3.5 million field hospital (US$884,555) in a refugee camps in Bangladesh, Saudi Arabia and the United Arab Emirates have begun to contribute as well. Back in December 2016, Malaysian Prime Minister Najib Razak publicly condemned Aung San Suu Kyi and called for Muslim solidarity worldwide to help the Rohingya.

Regardless of these positive steps, constructive engagement with Myanmar to acknowledge Rohingya as citizens and end the ongoing and systematic discrimination against Rohingya should be pursued relentlessly.

ASEAN can fill the gap by playing an active role in this effort. Engagement to ensure the repatriation deal is done in accordance with humanitarian standards and takes into account the concerns of Rohingya people is also a necessity. International donors and states should also be encouraged to provide more resources and support for Bangladesh as a host for refugees.

However, these approaches may not lead to an instant policy change by Myanmar. Only through continued engagement with the two countries, can a long-term, peaceful solution for the Rohingya be realised.