Fighting Piracy on the ASEAN Seas 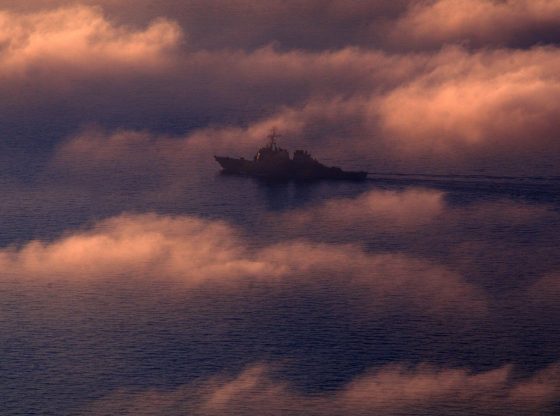 Ever since oil was discovered in the Gulf area in the 20th century, the maritime route from the Gulf region to East Asia passing through the Strait of Malacca has been the most important passageway for East-West global trade. A recent increase in piracy incidents highlights the need for effective ways to ensure the security of oil shipping in the region.

The Strait of Malacca, a Chokepoint for Oil Shipping

The Persian Gulf region supplies about a third of the world’s oil and fulfils most of the major Northeast Asian countries’ (China, Japan, and South Korea, or CJK) oil needs. Oil makes up a large percentage of the Gulf region’s exports overseas, and constitutes the crucial backbone of the Gulf economies.

Traveling between Sumatra (to the west of the Strait of Malacca) and the Gulf of Thailand/Malay Peninsula, oil tankers carry their precious cargo to refineries in Singapore for processing. Singapore’s oil refineries on Jurong Island, west of the main island, are some of the largest in the world.

The circle of states involved in anti-piracy activities is now expanding. Since naval personnel from Indonesia, Malaysia, and Singapore gathered in 2008, Thailand has also begun participating in patrols.

Alternative routes exist, but they add a couple of days to the trip. The fact that the Strait of Malacca is such a convenient, thus popular, route also makes it a chokepoint for oil shipping.

Oil from the Gulf area destined for Northeast Asia is transported through places like the Gulf of Aden, Strait of Hormuz, Arabian Sea, Indian Ocean, Bay of Bengal, Andaman Sea, Gulf of Thailand, Strait of Malacca, and South China Sea before reaching its destination. Besides adverse natural conditions, tankers also run the risk of encountering manmade dangers like piracy.

Forty-one percent of the world’s pirate attacks between 1995 and 2003 occurred in Southeast Asia. Pirates operate using small boats and skiffs that are fast and can hide easily in littoral zones. They use small arms for speedy operations, which include kidnapping for ransom, stealing oil from ships, robbing crew members, stealing cargo, and even stealing entire ships and repainting them for sale. Although tankers are only one of the categories of ships targeted by pirates, the oil they transport accounts for very real strategic stakes.

Since WWII, the US has widely been credited as the security guarantor of Pacific maritime trade, with its 7th Fleet based in Hawaii, Guam, and Japan. The Americans were engaged in an alliance with Japan in the 1960s and kept the sea lines of communication (SLOCs) open for trade. The US was considered a benign superpower, welcomed by countries to keep regional and global trade going.

The Association of Southeast Asian Nations (ASEAN) has resolved to manage piracy in the region and is making important collective efforts to do so. When all the navies of Southeast Asia work together in tasks like patrolling, they constitute a formidable force that can deter piracy.

The Malacca Straits Coordinated Patrol (MALSINDO) is reflective of such efforts to use joint resources to repel piracy. MALSINDO was started by the littoral states in the Strait of Malacca, Malaysia, Singapore, and Indonesia, in 2004. It is complemented by the “Eye in the Sky” (EiS) mechanism, which is one of the most sophisticated air-based patrol systems in the region.

The circle of states and countries involved in anti-piracy activities is now expanding. Since naval personnel from Indonesia, Malaysia, and Singapore gathered in 2008 to start the Malacca Strait Patrols Information System, Thailand has also begun participating in air patrols.

In addition to short-term mitigation measures, funding should also be allocated to training that leads to the long-term professionalization of maritime police units. For instance, the Malaysian government has contributed funds to the World Maritime University and the IMO International Maritime Law Institute (IMLI) to expand the infrastructure of these institutions. It has also dispatched officers to study at the schools.

Preventing a New Surge in Piracy

The latest statistics indicate that rates of piracy and armed robberies at sea went up again in 2017. According to the Regional Cooperation Agreement on Combating Piracy and Armed Robbery Against Ships in Asia (ReCAAP) Information Sharing Centre, possible factors include complacency among crews and a decrease in surveillance by littoral countries, but the overall situation is much improved when compared to the 1990s.

So far, each ASEAN country has been able to proceed with its anti-piracy contributions according to its own national needs and at a pace that it is comfortable with

Pirates, for their part, are also becoming more sophisticated in their operations. They have evolved from generic groups of criminals to vast webs of operatives with specialized skills. Some of these specialized roles include counterfeiters, informants embedded in shipping companies, ship brokers, robbers, and middlemen who assemble all the stakeholders (and, of course, the pirates themselves).

These pirate teams are small and can carry out surgical operations. After they transfer the stolen goods onto their own vessels, they ship the goods to other port cities, sometimes with fake documentation, to sell them.

Anti-piracy measures are one area of policy on which almost all nations in the region can agree. All of the countries benefit from the mitigation of strife, as well as increased maritime safety. Success in anti-piracy efforts can also lead to the region taking on more responsibility in global maritime security.

So far, each ASEAN country has been able to proceed with its anti-piracy contributions according to its own national needs and at a pace that it is comfortable with. That ASEAN is a collective that seeks consensus is one of its strengths. The problem of piracy in the Strait of Malacca is too large for any single littoral state to resolve. As piracy continually reinvents itself, it takes all the stakeholders working together to combat this problem in one of the world’s most congested spaces.

Tai Wei Lim is an adjunct research fellow at the East Asian Institute, National University of Singapore. His research interests include energy and environmental histories of contemporary Japan and China. This article was first published on Asia Global Online, the online journal of the Asia Global Institute, Hong Kong, Image credit: CC by U.S. 6th Fleet.

Tashkent conference: fading hopes for a consensus on Afghanistan
Belt and Road Initiative: Beijing’s ambition to be a player in global energy governance