Tashkent conference: fading hopes for a consensus on Afghanistan 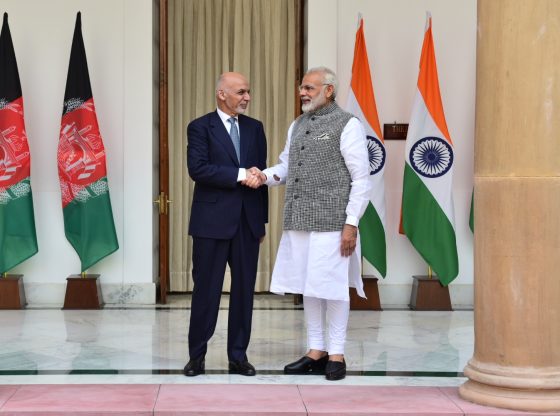 A high-level international conference on Afghanistan opened in Tashkent, the capital of Uzbekistan, on March 26, even as Kabul is still recovering from an Islamic State (IS) led terror attack that killed 32 people in the capital on March 21. Just two days later, a car bomb in Helmand province killed a further 14 innocents. Week after week the death toll among the civilian populace increases in Afghanistan and, alas, is occuring so often that it is ignored in the global news cycles.

Tashkent will see all the major powers and the United Nations on board and India will be represented by the minister of state for external affairs, MJ Akbar.

The conference opens against a backdrop of increasingly complex challenges that Afghan President Ashraf Ghani has to deal with, not least on the domestic front where the  internal security situation is deteriorating rapidly.

In January, the Taliban carried out a heinous terror attack in Kabul using an ambulance bomb that killed more than a hundred innocent victims. Amid reports that the Taliban is now active in over 70% of Afghanistan, it is becoming clearer by the day that the Afghan security forces are unable to cope with the twin challenges posed by the Taliban and now their Islamic State cadres.

India has provided more than US $3 billion in development aid to Afghanistan and remains committed to stay the course but the light at the end of the Afghan tunnel is getting noticeably dimmer.

The Ghani-led National Unity Government (NUG) born under the stewardship of former Secretary of State John Kerry has now morphed into a disunity government. The NUG is riven with irreconcilable differences which at its heart is down to the failure of the power-sharing agreement between President Ghani and his chief executive and long time rival, Abdullah Abdullah. This political dissonance is at the core of the fractured governance that plagues Kabul’s ability to conduct policy and it is unlikely that the Tashkent deliberations will be able to redress this fatal internal flaw.

Concurrently, the Afghan quagmire has been rendered even more intractable by the defiant assertion of the Taliban and the violence they have unleashed over the last 15 years. Ever since the United States shifted its focus from the stabilisation and reconstruction of Afghanistan to the invasion of Iraq in March 2003, the state has been allowed to drift and Taliban allowed to return.

The deployment of the NATO-led International Security Force (ISAF) beyond Kabul in 2006 was haphazard at best and it’s failure to consolidate Kabul’s rule in provinces such as Helmand is now manifestly clear.

Regarding United States policy in the region, under first President Bush and then Obama Washington’s commitment to Kabul has wavered depending on the  priority accorded by the White House to Afghanistan politically. The gradual surge of U.S troops into Afghanistan between 2007 and 2009 led to the expenditure of many lives and large amounts of resources before their withdrawal at the start of 2012.

On coming into office, President Trump initially signaled a more robust Afghan policy, with a greater reliance on the use of military force. He has also confronted Pakistan by name for its perfidy in abetting insurgent groups namely the Taliban. However as with many things Trump related, the policy on Afghanistan is far from clear with the White House and State Department going through major internal convulsions and top officials overseeing foreign affairs and security being summarily dismissed.

In February, the US National Intelligence provided an assessment of Afghanistan that makes for bleak reading:

“The National Unity Government probably will struggle to hold long-delayed parliamentary elections, currently scheduled for July 2018, and to prepare for a presidential election in 2019.”

It added that the Afghan security forces:

“probably will maintain control of most major population centers with coalition force support, but the intensity and geographic scope of Taliban activities will put those centers under continued strain.”

The 2018 Tashkent conference hopes to formalise the Ghani proposal to bring the Taliban into the peace process — an initiative that is fraught with many imponderables.

New Delhi, whose own policy in Afghanistan has been to maintain an ‘over the horizon’ approach to security matters has cautiously welcomed this move with the government stating that:

“India welcomed the Afghan government’s call to armed groups to cease violence and join national peace and reconciliation process that would protect the rights of all Afghans, including the women, children and the minorities”.

Whether the Taliban will be willing to lay down their arms and accept the Afghan constitution remains suspect, especially if the spate of killings that have racked Kabul and beyond are any indicator. To make matters even worse, in recent months, there have been allegations made by the U.S. that Moscow is providing arms to the Taliban — a charge vehemently denied by Russia — but this, along with other factors, augurs poorly for any meaningful movement in Tashkent towards a violence-free Afghanistan.

One hopes that Afghanistan will not go down the path of failed states such as Syria but the probability that this Uzbek hosted initiative will lead to any consensus within Afghanistan given the context outlined above is slim. Even with the principal external interlocutors around a single table and bestowed with the legitimacy of the United Nations, Tashkent feels very far away indeed from Kabul.

India has provided more than $3 billion in development aid to Afghanistan and remains committed to stay the course, but the light at the end of the Afghan tunnel is getting noticeably dimmer. The road ahead for Afghanistan’s reconstruction will be arduous and blood-soaked and as other states lose interest, the fate of Kabul’s embattled government will likely fall to New Delhi. Thus Prime Minister Modi must exhort the donor constituency to stay the course on Afghanistan for the next decade and possibly more.

C Uday Bhaskar is a retired Commodore in the Indian Navy and currently serves at the Director, Society for Policy Studies (SPS), New Delhi. He tweets at @theUdayB. This article was first published on the Hindustan Times and has been republished with the permission of the author. Image credit: by Indian Ministry of External Affairs/Flickr.