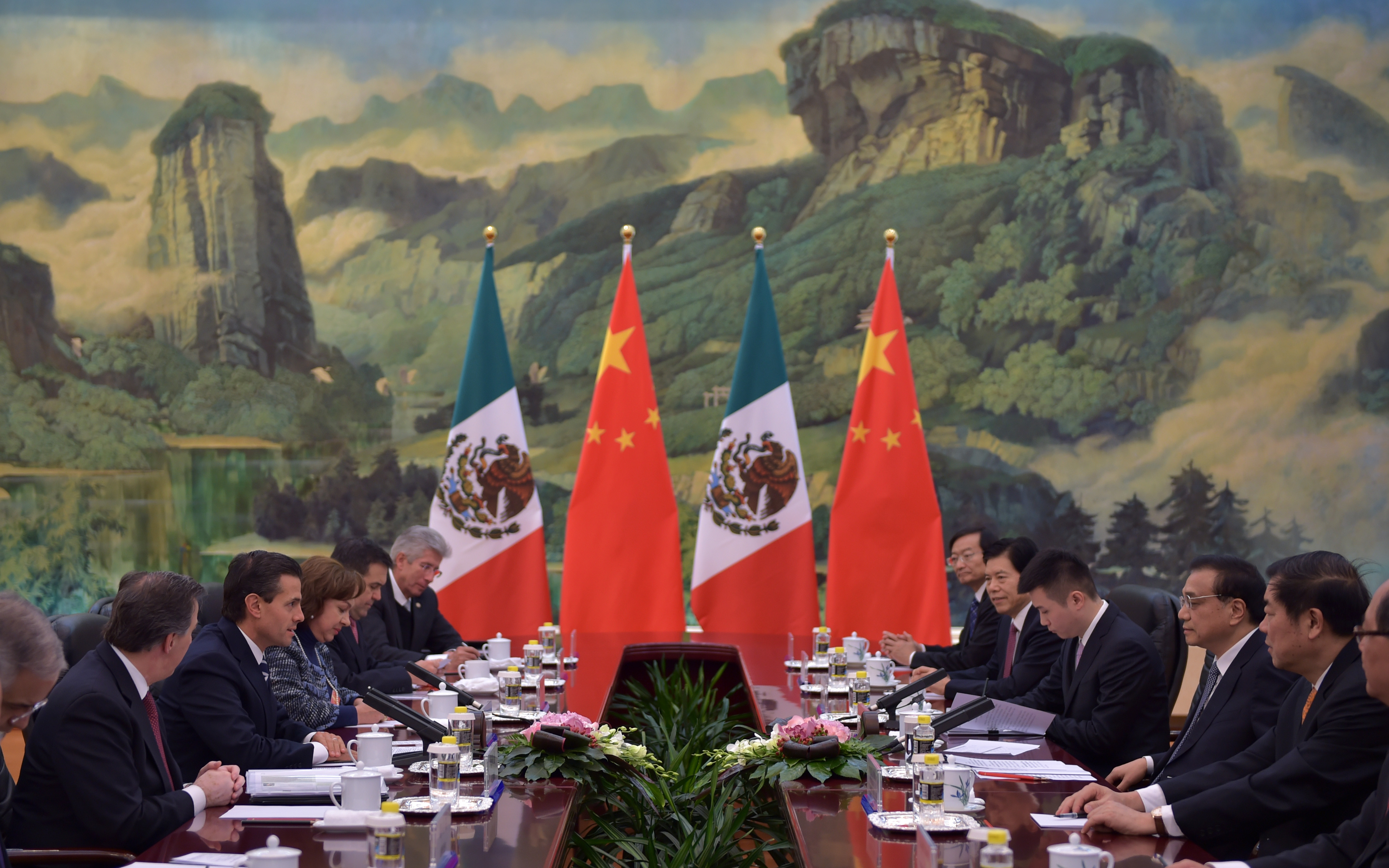 The Trump administration’s announcement that it will impose up to $US60 billion in tariffs on Chinese imports has led to fears of a trade war brewing between the two countries. In response, China said it is preparing retaliatory tariffs on 128 US products, amounting to US$3 billion of goods.

Yet there is reason to believe that this is not a battle that China wants to fight. Numerous signals at the recent “two sessions” gathering of China’s national legislature, the National People’s Congress (NPC) and its top political advisory body, Chinese People’s Political Consultative Conference (CPPCC), made evident China’s desire to keep its economy open.

As an authoritarian state, the press conference at the end of this important annual gathering provides a rare glimpse into the inner thinking of its political leadership. Much of the focus this year was on the president, Xi Jinping, who scrapped presidential term limits. But there were also some important announcements when it came to China’s economy, with strong commitments made to opening itself to trade with the rest of world.

Here are six of the key takeaways from premier Li Keqiang’s wide-ranging press conferenceon March 19, which lasted two hours. In many respects it echoed Xi’s speech at Davos last year that China is dedicated to furthering international integration and definitely doesn’t want to start a trade war.

1. No appetite for trade wars

China’s economic transformation is based on globalisation and free trade. The decision to open itself up in the late 1970s has benefited millions of its citizens. And, as research I’ve carried out shows, there is no grassroots support for protectionism and isolationism.

Both Xi and Li have clearly indicated they do not want a trade war with the US. A central pillar of Donald Trump’s policy, meanwhile, is isolationism. This is manifest in the recent decision to impose tariffs on China and others. China’s response, however, is expected to be a measured retaliation, as its leadership recognises the extent to which its economy is intertwined with the US and that there will be no winner in a trade war.

Premier Li also recognised that there is still room for China to open up its economy further. He announced that the government intends to ease market access to its service industries, particularly care for the elderly, healthcare and education. He also said China intends to further open access to its finance sector and completely open up the manufacturing sectorto foreign investments. This includes abolishing some of the country’s ownership restrictions.

The announced complete opening up of the manufacturing sector also came with a guarantee of the end of forced technology transfers. Foreign companies have complained for decades about having to share their tech secrets in joint ventures in exchange for access to the Chinese market.

On top of this, China said it would go to greater lengths to protect the intellectual property rights of foreign firms. Accusations of IP theft is one of the main reasons that Trump cites for imposing tariffs on China. So it shows China clear intent to remedy this issue.

Li also promised to lower tariffs on consumer goods. This could be a boon for American and other global manufacturers. According to market intelligence firm Euromonitor, China became the second biggest consumer market in 2016, just behind the US. In 2017, the “Singles Day” sales holiday generated all time record spending – on the Alibaba e-commence platforms alone, Chinese consumers spent US$25 billion on November 11 2017, which is four times of America’s Black Friday and Cyber Monday figures..

So the pledge to lower import tariffs on popular consumer goods will present new market opportunities for foreign companies – the opposite of starting a trade war.

Wide ranging government reforms were mentioned in Li’s press conference. The plan is to merge regulations that relate to foreign investments so that there is one set of laws to give clarity and ensure foreign companies are competing on the same level playing field as domestic enterprises.

The central government says it will further cut red tape, streamline processes and merge regulatory bodies to speed up project application approval and other business compliance procedures. Another measure geared toward making trade freer and easier.

The creation of a new Ministry of Culture and Tourism speaks volumes about the government’s growing support for travel outside the country. China’s outbound tourism has experienced explosive growth in the last ten years. Though only a small percentage of citizens have a passport to travel overseas, China accounted for 21.4% of total global tourism spending in 2016. Li suggested the government will further ease restrictions on foreign travel for its citizens, even promoting it, in a bid to increase China’s overseas influence.

At this stage, there are few details about how these proposed changes will be rolled out. But the speech clearly shows the intent of future economic and business policies – all pointing to more open international trade.

Considering the imminent imposition of US tariffs on Chinese products, some level of trade dispute between two of the world’s biggest economies seems unavoidable. This could potentially provide opportunities for a post-Brexit Britain, the EU and other emerging economies.

Qing Shan Ding is a Senior Lecturer in Marketing at the University of Huddersfield. This article was first published on The Conversation and can be found here. Image credit: CC by President of Mexico/Flickr.