Hadiya, Priya and the legal objectification of the young Indian woman

Home /India, Judiciary/Hadiya, Priya and the legal objectification of the young Indian woman 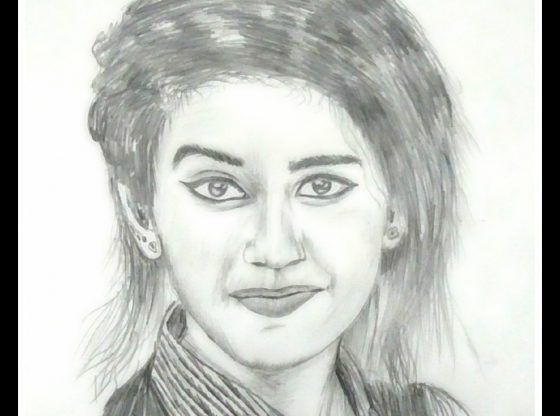 On Mar 8, 2018, after an unnecessarily protracted wait, the Supreme Court of India passed an order holding that the High Court of Kerala should not have annulled the marriage of Hadiya to Shafin Jahan in a Habeas Corpus petition under Article 226 of the Constitution of India. The judgment of the High Court was set aside, and Hadiya was ‘allowed’ the liberty to ‘pursue her future endeavours as per law’. The Hadiya case took the country by storm in November 2017 when the young woman who had converted to Islam from Hinduism was the subject of two Habeas Corpus petitions filed by her father, alleging that she was forced into marrying Shafin Jahan, and that the marriage was conducted so that she could be whisked out of the country, that she was radicalized by extremist elements in Kerala.

In India, young women are considered the property of the men that inhabit their lives, responsible for maintaining the social order, chattel that cannot have their own thoughts, opinions or sexual feelings.

On February 21, 2018, the Supreme Court of India issued interim orders staying initiation of criminal proceedings against actor Priya Varrier and director Omar Lulu of the Malayalam movie ‘Oru Aadaar Love’ and also restrained all state governments from filing any more FIRs against Varrier. Multiple complaints were filed against them in Telengana and Maharashtra under S.295A of the IPC for ‘outraging’ people’s religious sentiments. The issue in question is the portrayal of the viral song ‘Manikya Malarayi Poovi’, an old song from the Malabar region of Kerala, ostensibly about Prophet Mohammad and his love for his first wife. The complainants allege that the video of the song insults Islam and the Prophet, and in an interview to a news channel stated,

“The song is too adorable, I love the song…I also liked on the youtube. I liked the cinematography, I liked the actress …everything I liked. After that what I did is, I googled the lyrics of the song – after lyrics, I went for the translation…

In the translation, I see it is about the Prophet Mohammed and his wife – see the song is very good, they are awesome…but how can they link …they are showing a boy and girl romancing and in the background, it’s the name of Prophet…

As a freedom of speech, I complained…(sic)”

Complaints filed against the actor stated that her ‘wink’ in the video has hurt the sentiments of Muslims, driving her to approach the Supreme Court seeking their intervention. S.295A of the IPC reads,

“295A. Deliberate and malicious acts, intended to outrage religious feelings or any class by insulting its religion or religious beliefs.— Whoever, with deliberate and malicious intention of outraging the religious feelings of any class of citizens of India, by words, either spoken or written, or by signs or by visible representations or otherwise, insults or attempts to insult the religion or the religious beliefs of that class, shall be punished with imprisonment of either description for a term which may extend to three years, or with fine, or with both.”

It is 2018 and in both these cases, the women were forced to approach the Supreme Court of India, India’s highest court, to obtain appropriate reliefs so that they could exercise their freedom of choice, their constitutional right to the freedom of speech and expression. As a young woman, Hadiya’s ability to decide for herself, her choice of religion and her choice of partner, were repeatedly questioned in a shameful judgment by the High Court of Kerala and later, during the proceedings in the Supreme Court. The young actress, Priya Varrier’s ‘wink’ in the viral video captured the hearts and imagination of millions but also made her the one who had to bear the cross of the ‘indecency’ of a flirtatious scene of young love, in a movie about young love, picturized on a song about love.

In both cases, the young woman is positioned as the repository of an Indian morality, the flagbearer of a religious virtuosity that ostensibly falls disproportionately on the Indian female. In India, young women are considered the property of the men that inhabit their lives, responsible for maintaining the social order, chattel that cannot have their own thoughts, opinions or sexual feelings. The Indian society’s discomfort at a young woman that could dare to follow a religion other than that of her parents in the case of Hadiya, makes its way into our justice system with the Kerala High Court judgment that deemed it was not ‘normal human conduct of a girl aged 21 years’.

The ‘wink’ video portrayed young love with a boy and a girl flirting with each other, yet it was Varrier’s wink that caught the attention of the complainants, the role of the young boy in the video, responding and flirting back, completely ignored both in the complaints as well as in media discussions surrounding the complaints. The reactions to the viral video and how little we know about the young male actor shows the unhealthy obsession with the female body, which is now also an object of sexuality, that titillates to be enjoyed but one that must also remember the social mores and differentiated religious diktats of our diverse society.

Why did the Kerala High Court admit the Habeas corpus petition despite Hadiya’s repeated entreaties that she had converted and married of her own accord? If the concerns of radicalization were real and serious, why did the HC not direct that a complaint be filed against Jahan, her husband who had the supposed plans of involving her in extremist causes? Why did the legal system allow itself to be used and abused to subject Hadiya to months of house arrest, based on the flimsy whimsies of her inveterate parents? Why were the police so ready to file a complaint against Priya Varrier under the very serious section of S.295A, based on the Google translation of the lyrics of a song that is embedded in Kerala Mapilla culture?

It is time we asked these questions of our police and our judiciary that must remain objective and unbiased. They cannot be allowed to be the vessels of the damaging patriarchy, majoritarian bias or minority moral fervor – they must function according to the lawbooks, ruled by the Constitution of India. It is hoped that the constant attention on these cases, and on the way the Indian justice system dealt with them, will pave the way for some serious changes.

Urmila Pullat is a lawyer and researcher and runs the India desk for the Asian Human Rights Commission (Hong Kong). She is also the founder and editor of the website project, How Revealing, an online repository of experiences of gender-based violence. Image Credit: CC by Priya Varrier/ Wikimedia Commons