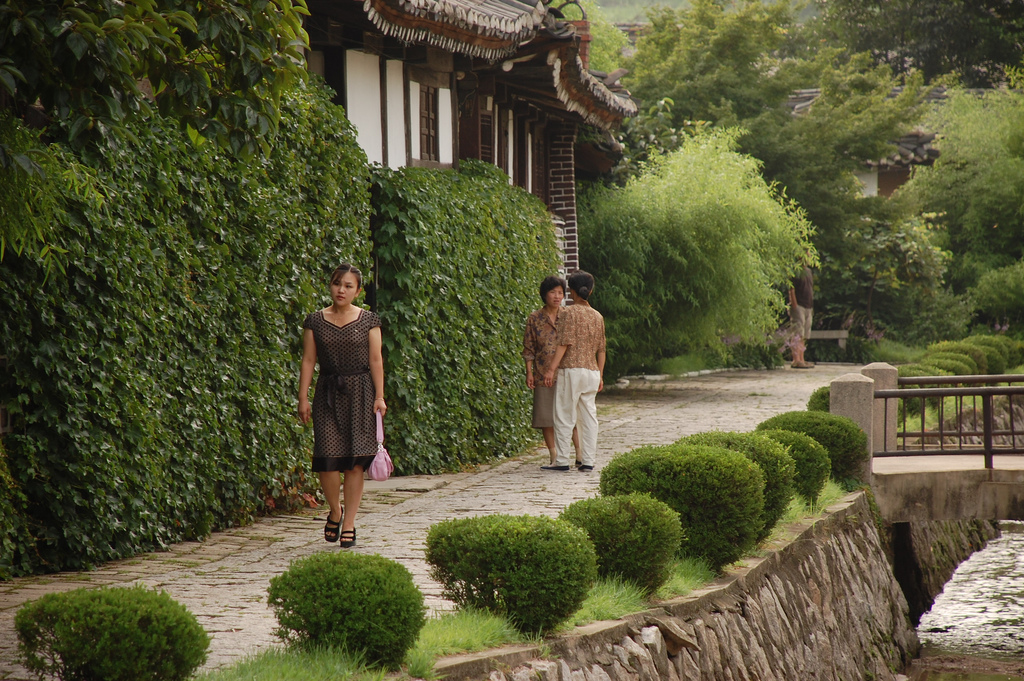 In 2017 tensions between North and South Korea escalated as the North launched 16 missiles and the South responded by deploying the Terminal High Altitude Area Defense (THAAD), an American anti-ballistic missile defense system designed to shoot down short-, medium-, and intermediate-range ballistic missiles. The Korean peninsula appeared to be closer to war than it had been for some time. However, within less than three months of the last launch of an InterContinental Ballistic Missile (ICBM) from North Korea, tensions have cooled dramatically. North Korea participated in the winter Olympic Games held in Pyeongchang of South Korea and improved diplomatic relations with South Korea and even the United States amidst talk of denuclearisation. The North Korean leader, Kim Jong-un, and the South Korean President, Moon Jae-in, will soon engage in an official inter-Korean meeting – the date has recently been confirmed to be 27 April 2018.

Beyond the geopolitical developments however, North Koreans still face many of the challenges they have for the last few decades. A large number of North Koreans have crossed the border to China without permission, mainly to seek food, shelter, and economic benefits. China only grants entry visas under very limited circumstances. The journey is extremely perilous, and escapees are regarded as illegal economic migrants in China and repatriated if discovered by the authorities.

During their journey to China, North Koreans are exposed to physical risk especially when crossing the river in summer – some escapees are swept away by or drowned. A bigger danger still is the risk of being spotted by border guards, the police, or the military. If they are caught on the North Korean side, would-be escapees are severely punished, the precise punishment tending to depend on where they are caught – before or during river-crossing. If they are discovered before crossing the river, they are typically sent to the prison camps for one year. If they are caught while crossing the river, the border guards will in most cases shoot them immediately. When North Koreans are repatriated, the North Korean government views them as political criminals, and they are charged with treason and punished severely. They are sent to North Korea’s concentration camps, called Rhodongdanryendae, or prisons called Kyohwaso, also known as labour camps. In some cases, they are sentenced to death. Prisoners in the camps are subjected to forced labour, and numerous witnesses have reported human rights violations such as beating, torture, starvation, and even human experimentation.

If on the other hand North Koreans are caught on the Chinese side, they are in most cases forcibly deported to North Korea. This means that even if they cross the border to China successfully and manage to hide somewhere in China, they are always exposed to the risk of being caught and sent back to North Korea. In other words, they are regarded as illegal migrants. It is very challenging to hide in China as the Chinese government now encourages and provides rewards to those who report such illegal migrants from North Korea who, for this reason, are often referred to as ‘moving cash points’ in China.

Since North Koreans who escape into China are in virtually all cases ‘illegal’, they are hidden from the public and invisible to any official population assessments. There is no official data on their total numbers. However, according to the reports from NGOs, it has been estimated between 100,000 and 400,000 have crossed to China. Seventy percent of them are said to be women. The only solid data we have is from the South Korean government, a record that  shows by 2017 there had been around 32,000 North Koreans who escaped to China and arrived in South Korea via a third country such as Thailand or Mongolia.

The proportion of women to men among North Koreans believed to be present in China is around 7:3, and this ratio reflects their particular social and cultural circumstances in both North Korea and China. In North Korea, men are required to do military service for 10 years and are involved in political parties and national industries that keep them under high levels of surveillance. North Korean women, by contrast, are less visible than men since they are primarily located in the private sphere. Their relatively less prominent position allows them to become more mobile than men. Since the economic crisis, the traditional gender roles have been to some extent been dismantled. As men no longer receive food rations from the government, women have been pushed to become breadwinners, and this has encouraged them to become engaged in smuggling and the sale of necessities on the black market. In China, women’s subordinate social position also allows North Korean women to stay there more easily than their male counterparts. North Korean men mainly find temporary, outdoor-based, manual labour such as construction and farming in China, and working outside makes them highly visible and thus vulnerable to arrest or deportation. For this reason, North Korean men tend to stay in China for only short periods, returning to North Korea once they have gained sufficient capital.

North Korean women, by contrast, can find employment in more concealed places. They often work in private houses as domestic workers, in textile factories, or in the sex industry. Moreover, they are often become brides to Chinese grooms, an arrangement that doubles as a means of hiding in China. However, just as their illegal status translates to significant obstacles in terms of job prospects, the status does not completely disappear in marriage and, in fact, their vulnerability can make them particularly susceptible to domestic violence.

In short, despite their hope for a better life in China, most North Korean escapees find instead devastating barriers and human-rights violations due to their illegal status. It is perhaps time to recall the two treaties between the two countries – the 1951 Refugee Convention and the 1967 Refugee Protocol – based on which the Chinese government could start to consider granting refugee status for North Koreans. If this raises political issues there might even be a solution in sending those refugees on to third countries where they could be granted refugee status.

Kyunghee Kook is a PhD candidate at the School of Sociology, University of Bristol. Her research and writing focus on irregular migration and smuggling networks, trafficking, and North Korean mobility. Image credit: CC by (stephan)/ Flickr.

Maldives crisis: A catch-22 situation for India
The Philippines in the Cold War: lessons for today