2017 Taipei Universiade: The political power of sport in Taiwan 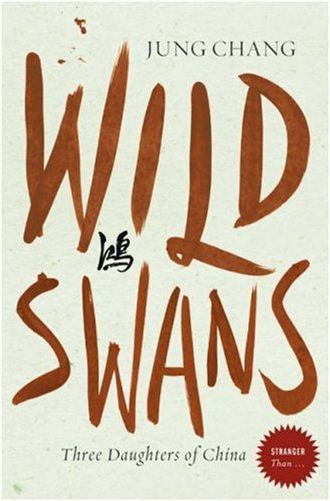 Taipei, the capital city of Taiwan, played host to the 29th Summer Universiade, a multi-sports event organised by the International University Sports Federation (FISU) in August 2017.

It was the largest such sporting event to have taken place in Taiwan. Yet this was not the first time a Taiwanese city had made a bid to host such an event. Kaohsiung previously made bids to host the Universiade in 2001 and 2007. There is nothing particularly surprising about this insofar as, throughout the world, hosting major, and sometimes not so major, sporting events has come to be seen as a valuable mechanism by which to boost the image of nation-states and cities. Taiwan and its largest cities, however, have their own particular reasons for pursuing this strategy and face specific obstacles in seeking to make it work.

Taiwan has a complex history. Most significant amongst the island’s present circumstances is the ‘One China’ policy of the People’s Republic of China (PRC) which effectively denies Taiwan’s existence as a sovereign political entity. It should come as no surprise that a country with such a unique past and present has not only experienced a troubled history in terms of its relationship with such bodies as the United Nations (of which it is no longer a member) but also in relation to the politics of national identity, its status in international sport, and the relationship between the two.

Taiwan’s relative isolation from official international community organisations has been a long-standing matter of concern for many of its 23 million people. In reality, one element of the world community from which Taiwan is certainly not formally excluded is international sport. However, the country’s relationship with the Olympic movement, and with international sport more generally, has for many years been in circumstances chosen by others – specifically the International Olympic Committee (IOC) and the PRC – rather than by the people of Taiwan themselves. The requirements set by the international governing bodies, most notably the IOC, state that Taiwan must compete under the name of Chinese Taipei as opposed to Taiwan, or more officially, the Republic of China (ROC). For that reason, engagement with international sport, including hosting events, has long been recognised as politically significant by the Taiwanese.

The distinction between an event and a mega-event is essentially a matter of size and international significance.  Given these criteria, it is widely accepted that only the Summer Olympics and the FIFA World Cup Finals can justifiably be described as ‘mega’. The Universiade, together with the Commonwealth Games and the Pan-American Games, amongst others, are arguably more accurately described as ‘major’ events. They are also undeniably international multi-sport events (IMSEs).

Between 2000 and 2013, Taiwan hosted five IMSEs – the Asia Pacific Deaf Games (Taipei, 2000), the International Children’s Games (Taipei, 2002), the World Wheelchair and Amputee Games (Taipei, 2007), the Summer Deaflympics (Taipei, 2009) and the World Games (Kaohsiung, 2009). However, many more unsuccessful bids have been made, with evidence suggesting that the lack of success can often be attributed to strategies used by the Chinese government in support of what, in the world of business takeovers, might be described as ‘hostile bids’ by mainland cities.

In 1997, Kaohsiung’s bid to host the 2001 Summer Universiade was beaten by that of Beijing. Subsequently, Taiwan’s second largest city submitted a bid to host the 2011 Universiade but lost out to Shenzhen. In this particular instance, the Chinese government and the provincial and city authorities embarked on a major charm offensive in order to secure hosting rights for one of the PRC’s newest cities. This effectively decreased the chances of Kaohsiung’s bid being successful. It also hampered Taiwan’s efforts to use sport to address its relative global marginalisation.

Hosting the 2017 Universiade thus indicated an upward trajectory in terms of global visibility, a vital development if Taiwan is to use sport effectively to enhance its international reputation. Since the road to hosting an event of this size had not been smooth, what made a successful bid possible on this occasion? The answer is to be found in the relationship between the Beijing government’s ‘One China’ policy and the vicissitudes of Taiwan’s domestic politics.

From the perspective of the ‘One China’ policy, a competition between two Chinese cities to host the same event makes no sense. On the other hand, the response of the PRC government to such an eventuality is inevitably affected by the prevailing state of relationships between China and Taiwan. At the time of the contest between Kaohsiung and Beijing, the Chinese leadership took the view that the Taiwan government would be likely to promote a ‘Two Chinas’ or ‘One China One Taiwan’ policy if Kaohsiung was allowed to host the Universiade. Thus, Beijing was chosen to be the powerful adversary of a Taiwanese city. The fact that Kaohsiung, the birthplace and a stronghold of Taiwan’s pro-independence Democratic Progressive Party (DPP), was bidding again for the 2011 games arguably offers an additional and more specific explanation for the strategies employed by the PRC in support of Shenzhen’s bid.

However, at the time of the election of a Kuomintang (KMT) candidate, Ma Ying-jeou, as President of Taiwan, relations between the two countries began to improve and it was in this context that Taipei won the right in 2011 to host the 2017 Universiade. The PRC offered no objections or, indeed, any support for Taipei’s rival bidder, Brasilia. As has happened in the past, however, most notably in the case of the 1936 Berlin Olympics, administrations can change in the period between the announcement of a successful bid and the actual hosting of an event.

By the time of Taipei’s Universiade, President Ma had been replaced by President Tsai Ing-wen of the DPP, ushering in a period of more strained relations between Taiwan and the PRC.

One set of political circumstances had allowed Taipei to mount a successful bid but a new state of affairs would now have a potentially negative impact on the event itself resulting in a partial boycott of the event on the part of the PRC delegation and its total boycott at the Opening Ceremony during which Tsai Ing-wen was introduced to the spectators as ‘President’ in defiance of the wishes of the Chinese authorities.