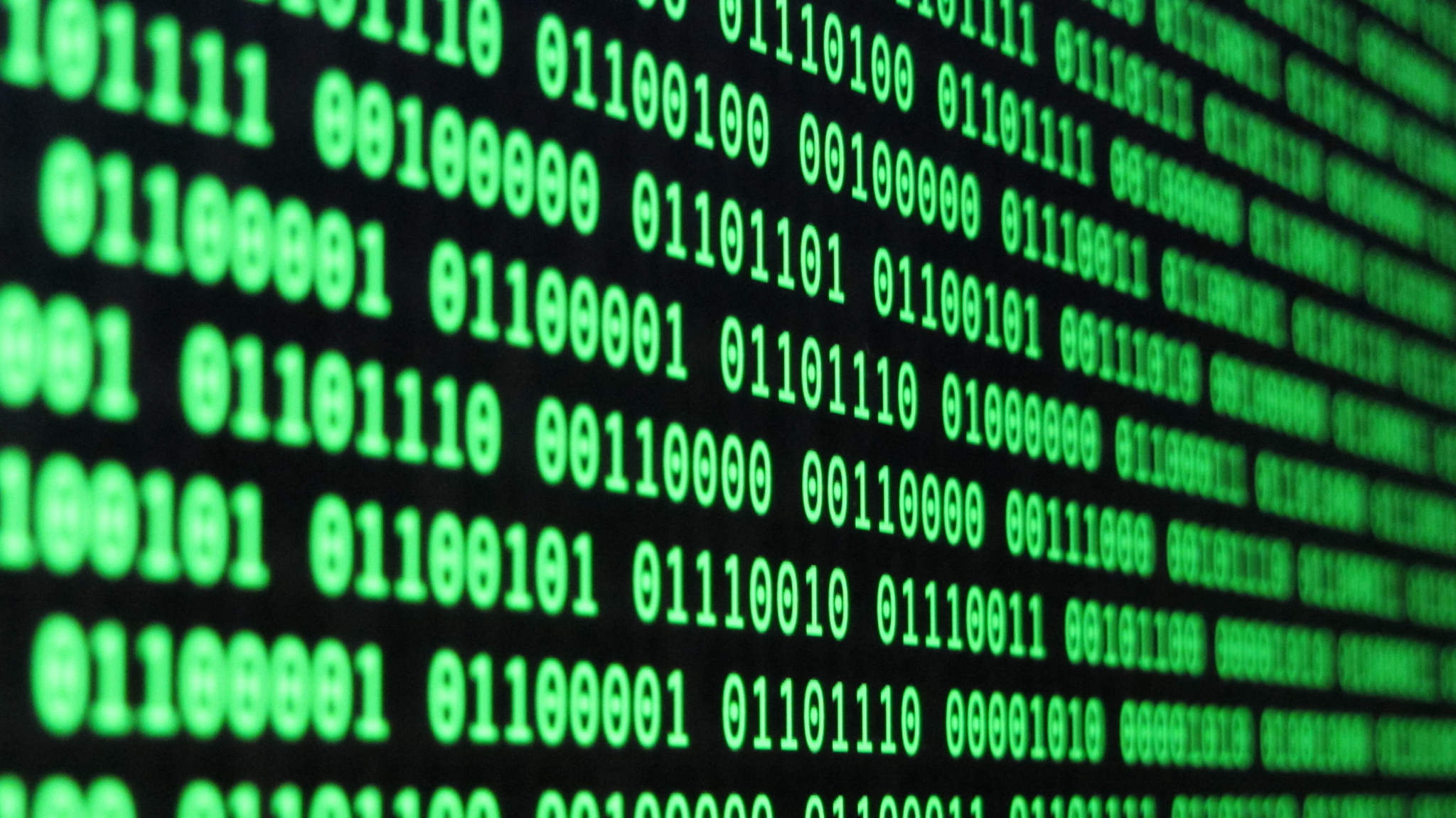 When the Chinese government released its Next Generation Artificial Intelligence Plan in July 2017, it crisply articulated the country’s ambition: to become the “world’s primary AI innovation centre” by 2030. That headline goal turned heads within the global tech elite. Longtime Google CEO Eric Schmidt cited the plan as proof that China threatened to overtake the United States in AI. High-ranking American military leaders and AI entrepreneurs held it up as evidence that the United States was falling behind in the “space race” of this century. In December 2017, China’s Ministry of Industry and Information Technology followed up with a “three-year action plan,” a translation of which was recently released by New America’s DigiChina initiative.

But how do these plans actually work? There’s a tendency to place this AI mobilization within China’s longstanding tradition of centrally planned engineering achievements that have wowed the world. The rapid build-out of the country’s bullet train network stands as a monument to the power of combining central planning and deep pockets: in the span of a decade, the Chinese central government spent around $360 billion building 13,670 miles of high-speed rail (HSR) track, more mileage than the rest of the world combined.

But putting the AI plan in this tradition can be misleading. While it follows this model in form (ambitious goal set by the central government), it differs in function (what will actually drive the transformation). The HSR network was dreamed up and drawn up by central government officials, and largely executed by state-owned enterprises. In AI, the real energy is and will be with private technology companies, and to a lesser extent academia.

Recognizing this, Beijing’s AI plan serves less as a “plan” and more as a “wish list” of technologies the central government would like to see built. It then incentivizes ambitious local officials to use all the tools at their disposal—subsidies, public contracts, and AI-friendly policies—to guide and aid the private sector in developing those technologies. To understand what I mean, let’s look at the plan itself and how it’s accelerating AI activity in cities across China.

What the Plan Says: Big Goals and Small Gifts

The heart of the July plan can roughly be broken down into two portions. The first is titled “Strategic Objectives” and clocks in at 530 words in English. It sets a handful of attention-grabbing headline goals: reach globally advanced levels by 2020, achieve some world-leading breakthroughs by 2025, and become the clear world leader in AI by 2030. These are the benchmarks that most observers focused on when poring over the plan, but to your average Chinese mayor or governor, these are too abstract to give real guidance.

The second portion is titled “Focus Tasks” and comes in at 6,704 words. It lays out in mind-numbing detail hundreds of theoretical breakthroughs and specific AI applications that the government would like developed: maritime robots, swarm intelligence, smart parcel sorting, deep semantic analysis, brain-inspired computing chips, and smart fisheries. The list goes on…and on…and on. Rogier Creemer’s—a respected post-doctoral researcher who helped translate the July plan–described these as a “Santa’s list of desiderata and objectives, but with little insight into how these should be achieved other than by throwing money at the problem.” Creemer’s nailed the description but understates the impact of the “wish list” approach.

Despite the apparent incoherence of these scattershot goals, I would argue that this is where the real action lies. The central government isn’t issuing detailed marching orders to local officials for carrying out a master plan. Instead, it’s giving them hundreds of ideas for “gifts” that it would like to receive, and saying, “surprise me.” The hope is that if local officials cough up a sufficient number of these gifts—factories adopting smart robots, new research centres pursuing natural language processing, autonomous agricultural drone demonstration projects—they will eventually add up to the plan’s headline goal: global leadership in AI.

This approach could prove especially adapted to promoting AI because of the nature of the technology itself. That’s because AI isn’t so much a single piece of technology, like an internal combustion engine or top-notch semiconductor. Instead, it’s an entire field, one that applies algorithms to digital data in order to optimize for a specific goal: correctly identifying a face, safely driving a car, or recommending the YouTube video someone is most likely to click on. That diversity of use cases is why leading AI researcher Andrew Ng calls AI “the new electricity”: a general purpose technology that will course through our economy and society, upending and empowering hundreds of different industries. With so many potential uses of AI, central planning is simply too blunt of a tool. It must rely on the private sector, with local officials working to catalyze all forms of AI activity.

It also bears some similarities to China’s most recent five-year plans (FYPs), massive policy documents designed as guidance for developing everything from cross-strait relations to urbanization objectives. But the AI plan is far more detailed and specific, laying out the exact applications desired, and sometimes even setting goals for the percentage accuracy of AI systems. That specificity differentiates the AI “wish list” from the softer guidance function of recent FYPs.

What would a Chinese mayor do?

Crucial to this “wish list” approach is the Chinese Communist Party’s internal method of evaluating and promoting officials. The specific rubrics for evaluating officials are not public information, but the State Council’s high-profile endorsement of AI makes it a valuable new metric on which local officials can try to stand out from the crowd.

If I were an ambitious Chinese official, I would be going over these lists of AI applications with a fine-toothed comb, looking for anything that could be implemented in my jurisdiction. In that process, local officials have a handful of tools at their disposal: subsidies for different AI-related activities, public procurement of AI products or services, and demonstration projects for new AI technologies.

Are you in charge of transportation for the new megacity of Xiong’an? Partner with Baidu’s self-driving project, Apollo, to demonstrate autonomous vehicles in the city. Head of the Changping branch of Beijing’s Public Security Bureau? Spend 2.75 million yuan ($437,000) procuring AI person-tracking software for security cameras. President of a mid-tier engineering university in Shandong? Open the province’s first AI research centre focusing on medical and marine AI. Party chief of a Nanjing economic development zone? Pour 8 billion yuan ($1.3 billion) into an AI-focused venture capital fund and dole out 5 million yuan ($794,000) in R&D subsidies to each firm that sets up shop there.

These are just a handful of examples of the thousands of new projects and tens of billions of dollars that local governments are pouring into AI activities right now. They aren’t all component parts of a master blueprint cooked up by a ministry in Beijing. And their contribution to the ultimate goal of global AI leadership isn’t as direct as laying down new track to build an HSR network. But they all push in the same direction, generating new demand for AI-driven services and more data on which algorithms can be trained. That will, in turn, spawn new startups and funnel more money into research at all levels.

Clearly, not all of China’s AI efforts are as locally-driven or incentive-based. The government’s obsessive focus and abundant funding for building indigenous Chinese AI chips that meet certain specifications is a far more top-down approach. Same goes for the various military-focused directives, as well as the Ministry of Science and Technology’s decision to form an official “national team” of four AI juggernauts (though that title is more a reflection of existing realities than a new impetus to action). But overall, these top-down dimensions of the plan will be dwarfed by the efforts of local officials looking to stand out.

There will be plenty of waste and corruption along the way, likely tens of billions of dollars worth of it. That is certainly understood by both the local officials driving these projects and the central government leaders who issued the plan. But they are betting that in the long run, the economic boon of AI will be worth far more than the cash that’s burned. Consulting firm PwC has estimated that AI will add $7 trillion to the Chinese economy by 2030, equal to 26.1% of the country’s GDP and accounting for almost half of the global economic impact of AI. The State Council’s plan gives lower totals, aiming for China’s AI industry to reach 1 trillion yuan ($160 billion), with related industries topping 10 trillion yuan ($1.6 trillion) in value. As hand-wavy as these estimates may be, they give a sense of the astronomical size of the prize that Chinese officials believe they are gunning for.

That brings us to the final question: will this “wish-list approach” to promoting AI work? That likely depends on how you define the goal. The AI plan included both economic and technological goals, giving specific figures for the desired size of the AI industry, as well as goals for technological breakthroughs and China’s position as the “primary innovation centre.” The wish-list approach appears most suited to fulfilling the economic goals. In many domains, the power of the underlying technology has already been proven, and it’s merely a question of how long it takes to turn that power into widely accepted products. Government subsidies and procurement can be the grease in the wheels that speeds up this process.

On the pure technology front, things are less clear. The State Council’s plan calls for China to “achieve major breakthroughs” on several fronts and “occupy the commanding heights of AI technology.” That is certainly achievable given China’s already demonstrated impact on global AI research. But it’s by no means guaranteed that more funding will translate into fundamental breakthroughs. Those research achievements are few, far in between, and very difficult to predict.

The last quantum leap forward in AI—deep learning—emerged out of a handful of researchers working in a long-ignored corner of the field, not government money chasing the latest hot thing. One of the founding fathers of deep learning, Geoffrey Hinton, actually moved from the United States to Canada in part to protest US defence funding of American AI research. Whether the next Geoffrey Hinton is somewhere in China today—and whether this surge of government support empowers or repels him—remains to be seen. Image Credit: CC by

India’s storied record in international sports since 1947
Will the Izumo-class be Japan’s aircraft carrier for the 21st-century?