Why is China’s move to institutionalise foreign aid significant? 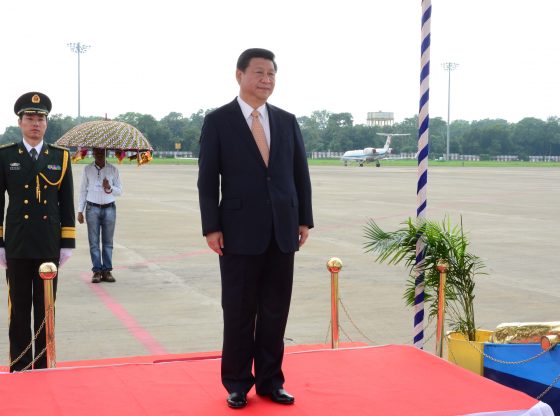 Despite not having a dedicated institution to manage its foreign aid, China has been successfully using foreign aid as an instrument of economic statecraft. Until now, China’s foreign aid was under the control of the central government. The main institutions that shared the responsibility include the Ministry of Commerce (MOFCOM), Ministry of Finance, Ministry of Foreign Affairs and the Export-Import Bank of China (China Exim Bank). Even though several actors micro-managed China’s foreign aid, the reason why China could bring some coherence into its development assistance program is because of its disciplined governance system that required all the actors to cooperate with each other. However, setting up a new development cooperation agency, under the State Council, is crucial for China to further streamline its foreign aid and bring in greater coordination. The aim is also to give Chinese development finance a new direction, which will complement its increasing role in international politics.

The new agency will most probably be similar to the United States Agency for International Development (USAID) or Department for International Development (DFID), which are the foreign aid agencies of the United States (US) and United Kingdom (UK) respectively. The growing volume and expansion of the geographical scope of Chinese aid has made it essential for China to push for greater aid coordination and avoid aid fragmentation. Between 2010 and 2012, China gave approximately $14.41 billion (amounting to $4.8 billion a year), according to China’s 2014 white paper on foreign aid. China does not disseminate its aid data regularly and hence, the details of its foreign aid remains a state secret. According to AidData, from 2000-2014, China gave around $354.3 billion as aid, making it one of the largest providers of foreign aid, almost at par with the US, which gave $394.6 billion in the same period.

Understandably, using its foreign aid programme strategically to suit its interests has become a priority for China. It has always been clear about what it wants out of its foreign aid – be it trade and investments, natural resources and energy, or assertion of its ‘One-China Policy’. This is evident from the changing geographical scope of its aid. In the 1950s, when it first started giving aid, the maximum assistance went to the countries in its neighbourhood. However, the focus has now shifted to Africa, which is a clear indication of its changing preferences. The 2010-2012 data suggests that maximum Chinese assistance goes to Africa (51.8%) followed by Asia (30.5%), and Latin America and the Caribbean (8.4%). Presently, China aims to gain access to natural resources through its development partnerships with the African countries.

China has been successful in creating a niche of its own in the international aid architecture and prefers to set its own rules on aid-giving that are more or less aligned to its foreign policy priorities. With the institutionalisation of foreign aid, the prospects of China joining the OECD have rather diminished.

Furthermore, China is also expanding its global reach through its Belt and Road Initiative (BRI), which is President Xi Jinping’s flagship initiative. The success of this $900 billion project will depend on China’s ability to leverage its foreign aid. From choosing its foreign aid recipients to shaping its aid policy, managing aid disbursals, deciding county-wise projects and aid modalities will all require strategic planning to maximise China’s gains. For this, a foreign aid agency under the control of the current political leadership would be a significant step towards enhancing the efficiency of aid. Another important dimension of BRI is ensuring energy security by increasing the aid-flows to energy-rich countries and making them agree to energy trade in China’s favour. China also attaches great importance to infrastructure development, which forms around 72.4 percent of overall aid, as it is highly preferred by the developing countries of the Global South.

Despite flexing its economic muscle and growing its volume of aid, Beijing continues to maintain that it is a development assistance provider of the Global South. It claims that it gives assistance based on the principles of South-South Cooperation (SSC) which does not favour a hierarchical donor-recipient relationship. Instead, equality, mutual benefit and a win-win situation act as the foundation of its partnership with other developing countries. China also emphasises the dual role it plays, both as a recipient of aid from the Global North and as a Southern donor. Through its foreign aid programme, China not only aims to create goodwill and gain legitimacy but also to multiply its strategic gains without using any coercive strategy.

However, Chinese aid is not without its pitfalls: the most important being that it is likened to a debt trap. One major example is Sri Lanka’s Hambantota Port which it handed over to China on a 99-year lease as it was not able to pay back its loans to government-owned Chinese firms. Chinese aid, though officially comprised of grants, concessional loans and interest-free loans, is in reality tied to Chinese goods and services. While there are concerns about the composition of Chinese aid and its adverse effects on partner countries, many countries continue to opt for Chinese aid. For some countries, Chinese aid is a way to bypass strict conditionalities imposed by the traditional aid donors. Whatever the reasons, China’s strategy is working, and it is able to leverage foreign aid for concrete political and economic gains. Furthermore, the Organization for Economic Cooperation and Development (OECD) donors like the US and UK are cutting their aid budgets and China is trying to fill this gap.

China has been successful in creating a niche of its own in the international aid architecture and prefers to set its own rules on aid-giving that are more or less aligned to its foreign policy priorities. With the institutionalisation of foreign aid, the prospects of China joining the OECD have rather diminished. It is unlikely that China would follow the rules and regulations set by the developed countries of the Global North. Instead, it would prefer to make its own rules that can change the entire dynamics of aid as understood traditionally.

What we see in the 21st century is a China that is assertive and capable of leveraging its foreign aid to increase its political and economic clout in regions far and wide. With President Xi consolidating his power, China is all set to move on the path of great power ascendance, complemented by its foreign aid, which will have a dedicated agency to shape it strategically and diplomatically.

Chithra Purushothaman is a researcher in the Non-Traditional Security Centre at the Institute for Defence Studies and Analyses (IDSA), New Delhi. Image credit: by India Ministry of External Affairs/ Flickr.

A trade war is in neither the US nor China’s interests
India, China must find ways to cooperate economically