Do Xi Jinping and Pope Francis have a lot in common?

Home /China, China-Vatican/Do Xi Jinping and Pope Francis have a lot in common? 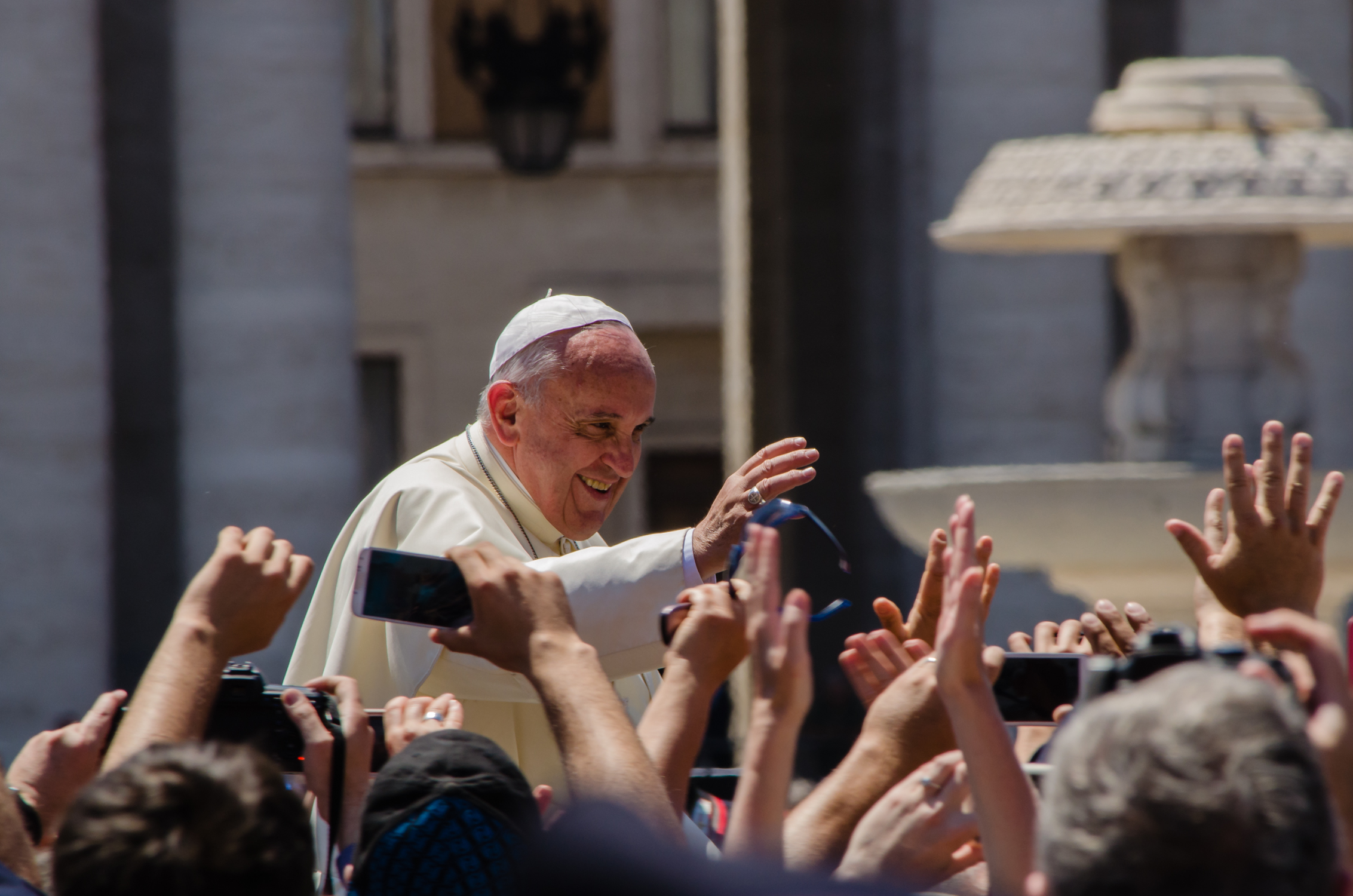 Five years ago, when Xi Jinping became President and Francis became Pope in the same month, I wrote a playful piece suggesting that the question in my title could be answered in the affirmative. One inspiration for this was finding, as I toggled between broadcasts on CNN and other networks, that the ascensions of Xi and Francis were being described in very similar ways. There was talk, in each case, of a small group of men using a secretive process to decide which of them should be the next leader of about one-and-a-half billion people. There was speculation over whether the new leader would be a bold reformer or a stay-the-course type. There was also some musing on whether the new leader’s predecessor, who had just stepped down, would fade away or try to exert influence from behind the scenes.

On April 12 of this year, while I didn’t watch any television news, I did happen to check out the CNN website—and discovered dramatically contrasting stories about Xi and Francis. My first thought was that it was a good thing that lately I’ve tended to focus on comparing Xi to other leaders as opposed to the Pope. And good also that Maura Cunningham and I do not bring up the notion that Beijing and the Vatican have similar men in charge in the just-released in the U.S. and soon out in the U.K. third edition of China in the 21st Century: What Everyone Needs to Know. When read together, the CNN articles suggested that Xi and Francis are totally different—and not just because Xi is shown reviewing troops wearing the same sort of clothing as the soldiers, while Francis would never don martial garb.

Don’t get me wrong. I always knew there were limits to comparing the “People’s Pope” (as Francis is sometimes called) and the “Chairman of Everything” (the term that Geremie Barmé coined for Xi as he began to collect more and more titles). In my original 2013 commentary on the parallels between Francis and Xi, as well as in a subsequent essay on the theme I wrote for the Los Angeles Review of Books that was adapted into a chapter of my 2016 book Eight Juxtapositions: China through Imperfect Analogies from Mark Twain to Manchukuo, I stressed that there were clearly ways in which they were dissimilar. Francis did not wield enormous influence before becoming Pope, for example, while Xi was already the most powerful man in Beijing before becoming President in March of 2013, due to having been named head of the Chinese Communist Party several months before. In addition, Francis, unlike Xi, is not married; only the Chinese leader has a stylish wife to accompany him on trips. Thus, the comparison was at best, to use a phrase from my book’s subtitle, an “imperfect analogy,” meaning something that can be useful in placing a topic in a new light but should not be taken too literally or taken too far.

Still, seeing those two stories side-by-side on the CNN site made me feel that describing the analogy as “imperfect” was putting it too mildly.

The article on the Chinese leader was titled “Xi Jinping Inspects Massive Naval Parade in the South China Sea,” reminding the reader that Xi commands a massive military. The Vatican, by contrast, just has a modest Swiss Guard, and no air force or navy. This brings to mind the famous comment sometimes attributed to Stalin (it may be apocryphal), about a political leader shrugging off a reference to the likelihood of the Catholic Church being displeased by a planned action by asking: “And how many battalions does the Pope command?”

The CNN story about the Catholic Church’s current leader, meanwhile, carried the headline “Pope Francis Cites ‘Grave Errors’ in Handling of Chile Sex Abuse Scandal.” It referred to the People’s Pope asking “for forgiveness” from some victims he felt he had wronged. Here, again, there is an important contrast. Apologising is just not something the Chairman of Everything has been prone to do since taking power—though this does not differentiate him from macho leaders in many other countries, including the man in the White House, or from some past Chinese power holders. For Xi and these other strongmen, the line about apologies in the title of an Elton John hit applies: “Sorry seems to be the hardest word.”

After reading those two stories, I was prepared to abandon forever all talk of the People’s Pope and the Chairman of Everything being parallel figures, but then I realised that in some specific ways they have become a bit more like one another lately. Five years ago, for example, it was assumed that Xi would only be able to serve as President for a decade, while Francis could be Pope for life, unless he decided, like his predecessor, to retire. Now, thanks to a change in China’s Constitution doing away with term limits, both Xi and Francis can stay on in their current positions indefinitely.

In addition, there are now books out featuring their statements on various issues that are available in multiple languages. For instance, if you visit a Vatican online sales site, you can buy a collection of the speeches Francis gave on a trip that took him from Philadelphia to Cuba in Latin, English, French, Spanish, Italian, Portuguese, German, and Polish editions. The second volume of Xi’s The Governance of China, meanwhile, similarly a collection of speeches, appeared in Chinese and English version in 2017, but has just come out in French, Spanish, German, Russian, Japanese, Arabic, and Portuguese as well (nine languages to the Pope’s eight, for those keeping score).

I don’t know enough about the history of papal publishing to know if Francis is getting special treatment when it comes to the handling of his speeches, but I do know that Xi’s career as an author is quite different from that of his immediate predecessors. Collections of speeches by Jiang Zemin (who stopped being CCP leader in 2002 and President in 2003) and Hu Jintao (who vacated those posts in 2012 and 2013, respectively) have been published, but they did not come out until after they relinquished power. I happened to be at the Frankfurt Book Fair in 2009, when China was the highlighted country, and I don’t remember seeing any book on display there that contained the writings of Hu, nor did I see any book in Chinese that had the leader’s face on its cover.

The situation at the London Book Fair this April was very different, as a pair of photographs a publisher friend snapped and sent me of the Chinese booth at the event showed. Dozens of books appeared in each shot, but all of them looked the same, for each was a copy of the first or second volume of The Governance of China in one or another language, which meant that all of them bore Xi’s visage on their covers. I am pretty confident that there was no other booth so dominated by the words and image of a single figure. Unless, that is, the Vatican had a display.

Jeffrey Wasserstrom is Chancellor’s Professor of History at UC Irvine and co-author, with Maura Cunningham, of the thoroughly updated third edition of China in the 21st Century: What Everyone Needs to Know, due out soon from Oxford University Press. He tweets @jwassers. Image credit: CC by Alfredo Borba/Wikimedia Commons

Taiwan-U.S. security cooperation in the face of China
How the grassroots initiatives will shape Taiwan’s environmental future