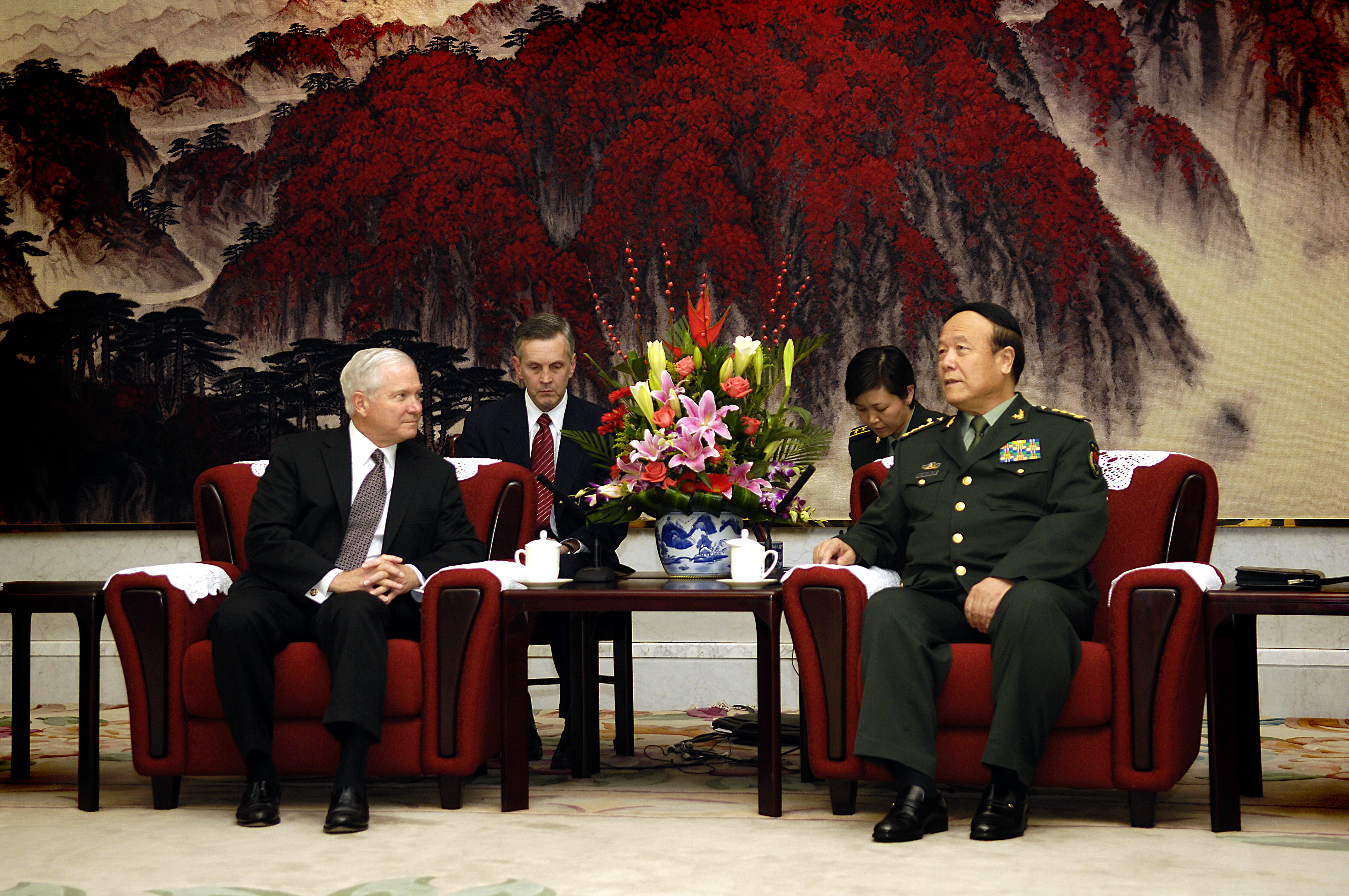 After five years, where is Xi Jinping’s anti-corruption crackdown going? How significant is the establishment of the new National Supervisory Commission? And, perhaps most critically, has the crackdown yielded significant results?

At this juncture, the heady days of 2014-2015, when Wang Qishan’s Discipline Inspection Commission (DIC) was bagging “tigers” (senior officials) right and left and Chinese media outlets such as Caixin were publishing tantalising tales of the corruption involving Bo Xilai, Zhou Yongkang, Ling Jihua, and the like, seem long past. The arrest of Politburo member and Chongqing Party Secretary Sun Zhengcai and a cluster of his cronies in July 2017 stirred up renewed interest in the crackdown because some had argued that Sun would be elected to the Politburo Standing Committee at the 19th Party Congress in November 2017 and hence might be a possible successor to General Secretary Xi Jinping. But that interest quickly dissipated amidst the controversy over the decision to remove the two-term limit on the presidency.

Corruption – and pledges to eradicate corruption – were, of course part of the official rhetoric at the 19th Party Congress in November 2017 and the 13th National People’s Congress in March 2018. After five years of railing against corruption, however, vows to strike down tigers and swat flies whenever and wherever they appeared, have begun to sound rather shop worn.

Although the crackdown may have fallen out of the headlines, the drive against corruption nevertheless remains ongoing. During 2017, investigations by the party continued to rise, with the number of party members undergoing investigation rising over 27% compared to 2016. As a result, whereas some 160,000 were investigated in 2012, the year before the crackdown began, over 525,000 were investigated in 2017, a more than three-fold increase in five years. In part, the increase in party discipline actions are due to enforcement of the “Eight-point Regulation” against official extravagance, but only a relatively minor part. It thus appears that party investigators are still vigorously pursuing corruption within the party.

The pace of the tiger hunt is more complicated to gauge. Officially, the Procuratorate has indicted 98 non-military officials and cadres holding ranks of vice governor and vice minister or above, as well as managers of state-owned enterprises who hold equivalent rank. An indictment, however, marks the end of what is often a prolonged investigative process. As a result, there are currently senior officials who have been detained but have not yet indicted, including some who have been in detention without formal criminal charges for long periods of time. By my count, 157 tigers were bagged between December 2012 and mid-April 2018. Although these counts may differ, the overall pattern is the same and suggests that following a peak in 2014-2015, the tiger hunt has settled into a pace wherein about twenty senior officials are likely to be placed under investigation annually. With eight tigers taken down in the first four months of the year, 2018 is on track to yield a similar number. As such, Xi’s crackdown has roughly tripled the number of senior officials and cadres charged with corruption from the average of seven a year indicted in the decade before Xi’s launched his drive in late 2012.

In sum, the intensity of the crackdown as a whole may be decreasing, but the pressure at the top remains significant and appears likely to remain so in the near future. That said, it seems reasonable to assume that there will be few tigers of the size of Zhou Yangkang of Ling Jihua in the future. In theory, that ought to be the case. By and large, Xi has been hunting down tigers who became corrupt when they were junior officials in the Jiang Zemin and Hu Jintao eras and then managed to climb up the ranks into the leadership during the years before Xi was named General Secretary. Five years in to his tenure in office, he has had a hand in replacing the fallen tigers and moving other officials up into the leadership, with the result that more and more of those at the top are products of the Xi era. Assuming that Xi has replaced corrupt tigers with honest and upright leaders, there ought to be few tigers lurking in the hills. That does not mean, however, that corruption at the top will not continue to be a problem or that there are not more tigers to get caught and punished.

Assuming that the crackdown continues, will the new Supervision Commission dramatically change the functioning of China’s anti-corruption system and increase its efficiency? Following experimental mergers of elements of the Procuratorate, the Ministry of Supervision, and the Discipline Inspection Commission in Beijing, Shanxi, and Zhejiang, the National People’s Congress amended the constitution in March 2018 to allow for the creation of a new National Supervision Commission with bureaucratic standing equal to that of the Supreme People’s Procuratorate and the Supreme People’s Court, thus placing it just below the State Council in the hierarchies of power, and vesting it with the authority to direct China’s anti-corruption effort. On paper, the new commission combines the political authority of the party’s discipline inspection agencies with the judicial authority of the Procuratorate.

At this juncture, it is unclear what, if any, impact the new commission will have. The new legislation does replace the party’s often abused authority to detain suspects indefinitely (known as shuanggui) with time limited (but renewable) detention, provides new protections for detainees, and imposes higher evidentiary standards. As such, the new system would be an improvement on the rather ad hoc rules that party investigators currently operate.

In functional terms, however, it is not certain whether the new system is in fact different from the old system. To begin with, the state Ministry of Supervision and the party Discipline Inspection Commission have been de facto merged since 1993. The new commission thus simply gives their merger a formal name. It does seem that incorporating the investigatory elements of the judicial Procuratorate into unified state-party-judicial anti-corruption agencies will yield great efficiencies by reducing the need for the Procuratorate to replicate investigations conducted by party-state disciplinary-supervisory investigators.

The new supervision commission, however, remains an investigatory body and prosecutorial authority remains with the now truncated Procuratorate. Moreover, while lower level discipline inspection commission with be merged into the new commissions, the Central Discipline Inspection Commission remains intact and the head of the National Supervision Commission (Yang Xiaodu) is a Deputy Secretary of the Central Discipline Inspection Commission and hence a subordinate of its secretary, Zhao Leji, who is also a member of the Politburo Standing Committee. It thus appears that the party remains the lead player and the judicial system continues to serve as a supporting actor. There has been on ongoing effort to centralise authority within the party’s disciplinary system and to weaken the grip of the local party committees on the disciplinary system, which has been widely seen as limiting their effectiveness as a corruption watchdog. Whether the combination of the merger and greater centralisation will render the commission independent remains to be seen.

It is not clear, finally, that the five-year old crackdown has significantly reduced corruption. Because it is impossible to even roughly measure corruption, one only guess at the severity of corruption before the advent of the crackdown and now. The tiger and wolf hunts have certainly culled the ranks of those who had turned corrupt before the crackdown and has likely led many who had been involved in corruption to curtail or at least better hide their illicit uses of authority. But whether the uncaught tigers and wolves will permanently swear off corruption and untainted officials and cadres will be warned off improper pursuit of profits is uncertain. Thus, even if the crackdown has reduced corruption, it is not clear if that is a permanent change or only a temporary response to the heightened danger – or at least a greater fear – of getting caught. Moreover, fighting corruption is a protracted war which requires not only removal of corrupt officials but a change of the norms of officialdom such that corruption ceases to be a tacitly accepted way of business.

Curtailing a culture of corruption is by its nature a slow and tedious process that does not generate the same sort of drama as a tiger hunt and hence whether Xi and Zhao continue to bag more tigers or not is likely less important than whether incremental, behind the scenes work on ethical construction continues to gain momentum.

Andrew Wedeman is Professor in the Department of Political Science at Georgia State University, a Fellow of the Woodrow Wilson Centre for International Scholars and a non-resident Senior Fellow at the China Policy Institute. Image credit: CC by U.S. Department of Defense/Flickr.