The persistence of ethnic tensions in China 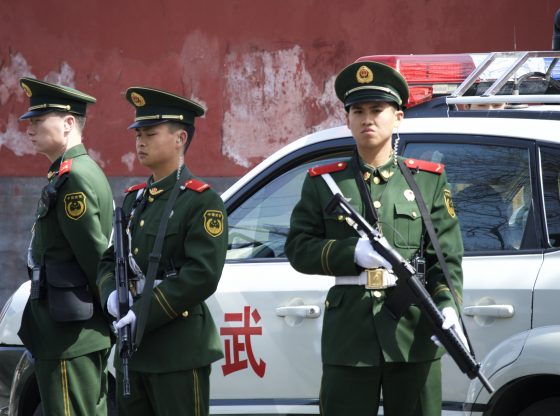 China’s propagandist line is that the country’s 56 officially recognised ethnicities are part of ‘one great family’ (minzu da jiating) living in harmony. The reality of course is that the 56 approved ethnicities are composite groups with high levels of complexity and a wide range of competing interests. For example, a recent account of China’s unofficial minorities focuses on the Chuanqing people, their efforts to gain recognition and the identity politics that shape their claims for rights and recognition. Current developments in China’s ethnic minority policy indicate that the government is still struggling to fully integrate the many hundreds of ethnic groups spread across this vast, incomplete republic.

In contrast to the blissful notion of ‘one great family’, ethnic tensions in China have become increasingly salient since the July 2009 riots in Urumqi, the capital of Xinjiang province. Responses to ethnic tensions can be analysed in the context of China’s ‘stability maintenance’ (weiwen) doctrine that serves to buttress the authority of the ruling elite and to mitigate threats to public order.

Ethnic minority policy needs to be reformed if the government is to break the largely negative cycle of violent confrontation and financial payoffs.

As we suggest in a 2016 study published in Nationalism and Ethnic Politics, ethnic minority policy needs to be reformed if the government is to break the largely negative cycle of violent confrontation and financial payoffs. At present there is little indication that this change will happen. Ethnic conflicts in China often register above or below an officially designated ‘red line’ (hong xian). Lines are drawn to distinguish between nationalist, separatist or ideological conflicts that threaten the unity and integrity of the state (above the red line), while outbreaks of civil disorder — labour disputes, localised protests or public demonstrations that can be contained — constitute a lower level of threat, and therefore fall below the ‘red line’.

At a time when power is increasingly centralised and stability maintenance is a top government priority, authorities at all levels feel compelled to intervene in cases of ethnic conflicts or ‘contradictions’ (minzu maodun). The nature of government intervention is shaped to an extent by the location and intensity of the conflict, the prevalence of public pressure, and the circulation of critical media reports that temporarily evade censors.

One of the consequences of rapid urbanisation and the incremental reform of hukou (household registration) in China is the uprooting and displacement of rural populations. Migrant workers, including ethnic minorities, are adding to urban pressures and congestion, leading to a growing number of provocations and incidents that register below the red line but still create political problems.

Arman Grigoryan’s 2015 study helps explain why governments respond to restive ethnic minorities by using combinations of coercion, cooptation and concessions. Following this logic, serious (above red line) cases of ethnic conﬂict that challenge state ideology or territorial integrity will be met by correspondingly severe coercive measures. In cases of low-intensity civil unrest or public demonstrations involving ethnic groups, by contrast, some form of concessions may be offered. For these below red line incidents, there are cases where the agents and entrepreneurs behind the demonstrations proﬁted by securing group beneﬁts, compensation and payoffs.

The naoda phenomenon, which roughly translates as ‘disobedience’, occurs when influential agents and activists seize the opportunity to mobilise protesters, sometimes by strategically deploying what Cherian George calls injustice frames. The idea is to force authorities into negotiations to limit or avoid ethnic conﬂict, usually resulting in payoffs. We see naoda payoffs as temporary transactional solutions that do little to deter local activists and fail to address grievances, whether real or manufactured. The allocation of discretionary funds to compensate ‘victims’ of ethnic profiling and their trustees is often a self-defeating enterprise. Compensation encourages new and larger protests that increase in compound value as payoffs become costlier on each successive occasion.

The allocation of discretionary funds to compensate ‘victims’ of ethnic profiling and their trustees is often a self-defeating enterprise. Compensation encourages new and larger protests that increase in compound value as payoffs become costlier on each successive occasion.

In the manufacturing and textile city of Ningbo ethnic minorities are sometimes blamed in the media for rising crime rates, perpetuating inter-ethnic tensions and negative stereotypes. In Chengdu, the panda breeding capital of China, ethnic minority street vendors are often implicated in informal and illicit activities, and there are numerous reports of violent clashes with authorities over trade licenses and permits. In December 2012 a pricing dispute between Uyghur traders and Han customers in Hunan province ended in a public brawl and the destruction of a large and valuable supply of nut cake (qie gao). The so-called ‘Xinjiang nut cake incident’ led to the allocation of compensation to Uyghur victims, creating a social media sensation as many complained that local authorities misguidedly spend money in the vain hope of pacifying the conﬂicting parties.

Recent research suggests that there is a local legitimacy deficit in China resulting from the inability of local cadres to live up to the reform rhetoric and political promises made by central leaders in Beijing. The persistence of ethnic tensions in China leads to interventionist measures by local cadres hoping that they can ‘buy stability’ (renminbi weiwen). Interventions of this type blur the lines between public interest and private grievance, and distort legal procedures for dealing with civil disputes involving ethnic minorities. Local authorities, who are anxious about their own performance reviews and desperate to avoid negative press, have a motive to resolve ethnic conﬂicts as quickly and quietly as possible. This rarely happens, however, because of the salience of new social media and the ways in which conﬂicts are reproduced through naoda payoffs.

The unavoidable reality is that deeper, more sustainable social and political solutions to ethnic tensions are needed, but there is no clear indication that this is possible in the current political climate in China, where freedoms of speech and assembly are still mere aspirations.

Adam Tyson is a lecturer in Southeast Asian Politics, University of Leeds. Dr Xinye Wu is a professor of politics from the East China University of Political Science and Law. He is an expert on grassroots politics in China. Image: CC by Pixabay.

The end of China’s term limits and its ‘Peaceful Rise’?
The other side of China’s role in South Africa