What are the reasons behind rising ethnic violence in Xinjiang? 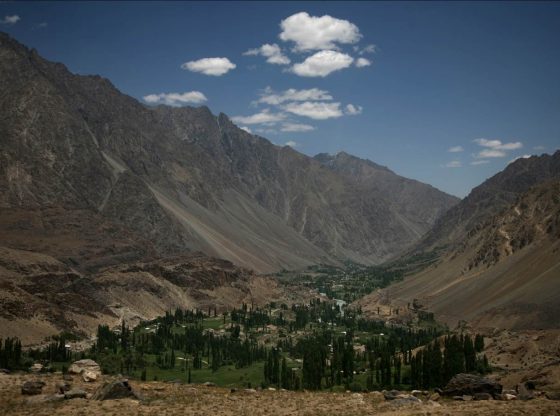 In the past few years there has been an increase in inter-ethnic violence in Xinjiang. In mid-September 2015, a knife-wielding attack in Aksu, Xinjiang Uyghur Autonomous Region (XUAR), claimed the lives of nearly 50 individuals and injured 50. This followed numerous outbursts of ethnic violence between Uyghurs and Han (the national majority) in Kunming (March 2014), and in XUAR (June and November 2013). Suffice to say, repeated acts of ethnic minority rooted violence in the past few years have claimed hundreds of lives, and injured thousands.

There are two main reasons behind the rise of ethnic violence. The first is due to ethno-cultural repression such as state policies that limit religious practices, phase out Uyghur language instruction in schools, and increase negative commodification and representation of Uyghurs in the public domain.

Second, and perhaps the most culpable factors behind rising ethnic violence are socio-economically rooted. There are segmented labour shares and unequal sectoral distribution in occupational categories between Uyghurs and Han.  Further, Uyghurs are not receiving the same economic returns to their education as the Han. When looking at comparable levels of education and experience for the Uyghur and Han cohorts, the Han are in an advantageous labour market position, whilst Uyghurs experience ‘ethnic penalties’. Han dominate high status and high wage jobs, whereas Uyghurs are at the opposite end of the spectrum.

In present-day Xinjiang there has been an increasing visible security presence exemplified by the rolling out of a grid ‘social management system’.

Since Uyghurs and Han receive varying outcomes in the labour market, this creates and reinforces geographical divisions. Namely, higher Han wage earners and lower Uyghur wage earners will most likely live in differing residential locations reflecting their respective wages. This is alarming given Uyghurs and Han already reside in relatively closed ethnic communities and seldom interact meaningfully with each other in XUAR – which is a necessary and essential component for improving trust between both groups. Suffice to say, this does not bode well for economic, social and political integration in the short and long-term, and will only intensify perceived (or real) differences between Uyghurs and Han, thus reinforcing ethno-cultural tensions and the potential for violence.

The state’s responses to repeated expressions of ethnic minority unrest have consisted of oscillating between soft and hard policies. The soft policy approach is exemplified by funding the building and upkeep of mosques. According to the State Information Office there are over 20,000 mosques in XUAR which makes this initiative relatively significant. In addition, the state has preferential policies in education for ethnic minorities which consist of bursaries, scholarships, remedial programmes, and the lowering of minimum requirements for the National University Entrance Examination – a mandatory exam for all students to enter university.

The hard policy approach in XUAR is illustrated by the state’s attempt to subdue potential Uyghur dissidents and ‘re-educate’ and ‘reform’ religious leaders to ensure they do not advocate ‘fundamentalism’ or ‘radicalism’ as defined by the state, or to prevent leaders forging connections between the approximately 21 million Muslims in China.

Fundamentally, the hard policy approach is a security apparatus. There are strong efforts to clamp down on ‘illegal’ mosque constructions when the state perceives them to be a threat to security. In present-day XUAR there has been an increasing visible security presence exemplified by the rolling out of a grid ‘social management system’. Essentially, communities in Xinjiang have been divided into zones, and then a group of party members are assigned to each zone where they are tasked to monitor and conduct surveillance of various activities that are threatening, or potentially threatening, to “social stability”. In early 2014, the state announced that approximately 200,000 cadres will live with local communities in Xinjiang making this a potentially large and significant undertaking.

In practice, there is no conformity in terms of how surveillance is conducted. It varies depending on the area. At the very least, party members have relatively sophisticated technologies at their disposal, especially deployed in the urban areas. This may involve using riot-proof HD Cameras, policing boxes, and introducing 24-hour inspection routes. In addition, Uyghurs in both Xinjiang and across the nation are randomly targeted for surveillance and scrutiny by state authorities, who justified their actions citing the need for increased security measures.

Looking ahead, in the short term, ethnic tensions will be suppressed with the use of hard policies characterised by a strong security presence. Soft policies, which financially incentivise the promotion of ethnic culture, and programmes to improve education outcomes for minorities, will thereafter be stressed. In the long term, both policy strategies practiced by the state do not fully address the main reasons for the rise of ethnic violence in the region. Left unattended, this will lead to increasing ethnic tensions in the future.

Reza Hasmath (Ph.D., Cambridge) is a Professor in Political Science at the University of Alberta. Prior to this appointment he held faculty positions at the Universities of Oxford, Melbourne and Toronto. He is the author of The Ethnic Penalty: Immigration, Education and the Labour Market and Managing Ethnic Diversity: Meanings and Practices from an International Perspective. Image Credit: CC by Hashoo Foundation/Flickr.

Grid Management and Social Control in China
Homosexuality, Social Media Activism and the Future of a Queer China