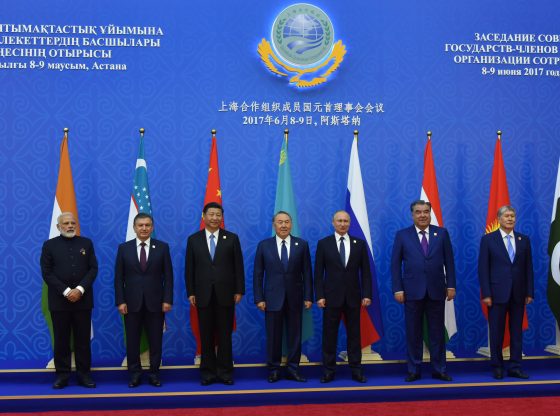 Shortly after the current National Democratic Alliance government came to power in May 2014, the then United States (US) Defence Secretary Chuck Hagel visited India. During the visit he expressed the view that India, the world’s largest democracy, will help shape a new world order in this century.

For most part of the post-independence period India remained marginalised in the international system. But following the opening of the economy in the early 1990s, India has seen a steady rise as an economic power. Presently India is the fastest growing economy in the world, with a 7 percent growth rate. The economic rise demands India’s active participation in strategic affairs at the regional and global level.

China’s economic and strategic expansion by way of the Belt and Road Initiative (BRI) makes a compelling case for India to expedite the process of its own strategic assertion. India’s policy in this regard has been towards the creation of a multi-polar world order. This is a challenging task. To work towards a multi-polar order India has to deal with three areas that have been out of its comfort zone. These are – India’s participation in multilateral forums, the Neighbourhood First policy and the maritime domain. The challenge is that India’s way forward in each of the three areas is either through participation in, or formation of, multilateral groupings.

Competing and countering China is apparent as an objective across all the platforms. However if indeed India is to shape the world order, it has to come out with its own clearly defined vision and think beyond containment of China.

India as a non-aligned country intended to stay independent of the power politics of two blocs – capitalist and communist. Non-Alignment did not restrict India’s interaction with the world but it limited on India’s strategic participation in international forums.

India’s engagements with multilateral organizations have increased since the end of Cold War. India is associated with several forums such as the Association of Southeast Asian Nations (ASEAN), the East Asia Summit (EAS), the Brazil Russia India China South Africa (BRICS) Summit, the Shanghai Co-operation Organization, the G-20 Summit, the Mekong-Ganga Co-operation, the International Solar Alliance etc. India has also been associated with forums such as the Commonwealth and the Non-Aligned Movement for more than 50 years.

Pakistan being one of the important countries in China’s BRI project is a steep strategic challenge for India. China’s strategic and economic posturing in South Asia has enabled it to exercise political clout on its allies.

India’s presence in these organizations further poses two challenges. One is that the presence of China in some of the forums presents an opportunity to engage with China but at the same time means that it is competing with China for economic and strategic space. The other challenge is the relevance and effectiveness of organizations such as the Commonwealth and the Non-Aligned Movement. Although the colonial legacy is cited as an argument against the Commonwealth this forum is also considered as an opportunity for India’s strategic outreach. The end of Cold War and India’s growing proximity to the United States and Western countries puts a question mark over the relevance of the Non-Aligned Movement. So even in the multilateral organizations India has to evaluate its options to decide the future course.

The second challenging area, the Neighbourhood First policy was one of the earliest initiatives of Prime Minister Narendra Modi. This policy aimed to give priority to improving relations with India’s neighbours.  However India’s troubled relations with Pakistan have meant that the Neighbourhood First policy has yielded few results. The South Asian Association for Regional Co-operation (SAARC) has also been hampered by poor India-Pakistan relations thereby not being able to function effectively. On a bilateral level India has good relations with Afghanistan, Bangladesh and Bhutan. But as a regional initiative in South Asia, SAARC has not been a success. In addition, China’s attempts at the strategic encirclement of India through string of pearls also changes the regional strategic and economic equations in South Asia. Pakistan being one of the important countries in China’s BRI project is a steep strategic challenge for India. China’s strategic and economic posturing in South Asia has enabled it to exercise political clout on its allies. China’s involvement in the Maldives crisis and growing proximity to Nepal are recent examples.

The third area, the maritime domain is probably the most challenging of all the three areas. Indian strategic thought is considered to be continental in its orientation. Territorial security has always captured more attention of the Indian policy makers while maritime domain remained neglected. With the Indian Ocean and the Indo-Pacific Region commanding strategic importance for regional and extra regional powers, India’s focus on maritime security has been increasing. This is certainly a shift from the strategic thought and policy formulation of decades where the maritime domain hardly found any space. In a similar manner to the other two areas the maritime domain has also been subjected to a greater focus on bilateral maritime co-operation and naval exercises with several countries like Oman, UAE, Mauritius, Seychelles, Singapore, Thailand, Indonesia, Japan, the US etc.

As regards to multilateral initiatives, India is a part of Indian Ocean Rim Association (IORA) which that aims at facilitating economic co-operation and development among the countries located in the Indian Ocean Region. India also hosts a biennial MILAN Naval Exercise in which several countries participate. The recent exercise conducted in March 2018 had a participation of 17 countries.

The Quadrilateral Security Dialogue or the Quad is another new multilateral forum for India in the maritime domain. The Quad which includes India, Australia, the US and Japan had first met in 2007 and has met only for the second time in 2017. Being in the initial stage the Quad requires more clarity regarding its goals.

The common challenge for India across all areas is deepening strategic and economic co-operation with all entities and to avoid delays in carrying out these commitments. Competing and countering China is apparent as an objective across all the platforms. However if indeed India is to shape the world order, it has to come out with its own clearly defined vision and think beyond containment of China.

Niranjan Marjani is an Independent Researcher and Columnist based in Vadodara, India. He tweets at @NiranjanMarjani. Image credit: by Indian Ministry of External Affairs/Flickr.

Does the People’s Bank of China have “what it takes” to join the big league of central banks?
Wuhan summit: Restarting an old relationship?