China’s approach to the Gulf Dispute 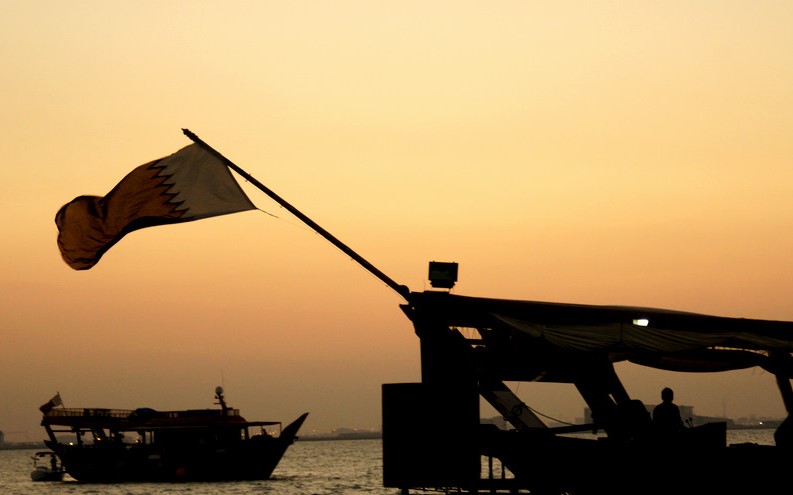 As the dispute between Qatar and the Anti-Terror Quartet (ATQ) of Saudi Arabia, United Arab Emirates (UAE), Bahrain, and Egypt nears the one-year mark, the implications for regional order and its impact beyond the Gulf is becoming increasingly complex. Regional actors – especially Saudi Arabia and the UAE – are pursuing more assertive foreign policies throughout the Middle East – North Africa (MENA), the USA under the Trump administration has been dangerously inconsistent, and all signs point to a Gulf order in transition. China, which has considerable interests with all states involved in the crisis, has been relatively quiet, but a diplomatic resolution would clearly be Beijing’s preference.

That this has not happened yet explains much about the changing regional political landscape and about China’s approach to the Gulf.

In terms of regional politics, difficult relations between Qatar and its Gulf Cooperation Council (GCC) neighbours are not especially new. The current crisis has been simmering for some time, and almost came to a head in 2014 when Saudi Arabia, the UAE and Bahrain recalled their ambassadors to Qatar for eight months. At heart, it is an argument about competing visions of MENA political order in the wake of the Arab uprisings. Political Islam, which is perceived as hostile towards Arab monarchies, had gained considerable traction throughout MENA. At the forefront was the Muslim Brotherhood (MB), which formed a government in Egypt but has been designated as a terrorist organization by both Saudi Arabia and the UAE. Qatar, on the other hand, supported the MB and used its influential Al Jazeera network to criticize regimes throughout MENA. Qatar’s Emir Tamim bin Hamad al-Thani, said, “We stood by the people” rather than the regimes, raising the ire of its GCC partners. The current crisis is an extension of grievances on both sides.

What is new, however, is the response from Washington. The Trump administration’s Gulf policy presents a stark contrast from America’s traditional approach. Describing the Qatar crisis, a former White House official in the Obama administration said in a recent interview, “the break with Qatar, we basically had to spend a lot of time trying to prevent that from happening.”

For the US, a stable GCC has long been a central pillar of its MENA policy, as well as a necessity for stable global energy markets. It has supported this with a substantial military presence in five of the six GCC states, with Saudi Arabia the exception. Qatar’s Al Udeid base is the largest in MENA, hosting 11,000 US troops and used for military campaigns in Syria, Afghanistan, and Iraq. As such, previous administrations used their considerable influence to maintain GCC unity. When the latest hostilities broke out, President Trump sided with the ATQ, accusing Qatar of supporting terrorism, while the State Department and Department of Defence called for mediation. In recent months, President Trump has changed track, hosting Qatar’s Emir in the Oval Office and praising Qatar’s efforts in combatting terrorism.

If one believes that the international system is undergoing a power transition, with China vying to replace the USA as a hegemonic power, this would seem to present an opportunity to challenge for leadership in an important region. The Gulf is a major hub in China’s Belt and Road Initiative (BRI), linking several states and regions that are crucial for the initiative’s success. China has long cultivated denser, multifaceted relations with each of the GCC states, with economic relations dominating but security issues coming closer to the surface as the BRI develops. In spite of this, Beijing’s response has been muted.

Foreign Minister Wang Yi offered to mediate shortly after the crisis broke out, and China’s ambassador to the United Nations said the it should be resolved by the states directly involved, although “whatever the countries can do to mend fences and get back to good neighbourly relations, that would certainly be welcomed by China.” Since last summer, Chinese leaders have had little to say in public, at least.

This can partly be attributed to can be attributed to an interest-based logic. Saudi Arabia is China’s most important trade partner in the Arab world, and the UAE is a close second.  Chinese leaders do not want to antagonize Riyadh or Abu Dhabi. At the same time, China does have substantial relations with Qatar. The two signed a strategic partnership agreement in 2014, and with this the bilateral relationship has grown across economic and strategic realms.

In 2014 alone, Chinese firms signed $8 billion worth of contracts in Qatar, including one to build the Lusail Stadium, which will be the opening and closing venue for the 2022 FIFA World Cup. Bilateral trade is up, growing from $676 million in 2005 to over $5.5 billion in 2016. Energy is a central element of this, with Qatar supplying China with 34% of its LNG imports in 2014. This is set to grow as China plans to increase LNG use from 5% in 2012 to 10% of its total energy consumption by 2020. Security too plays an important part in the relationship. The PLA’s chief of staff met his Qatari counterpart in 2015, when they discussed developing deeper cooperative military relations across a range of areas, including training, anti-terrorism exercises, and military trade. This last element was evident during Qatar’s National Day Parade in December 2017, when it displayed two SY-400 short range ballistic missiles purchased from China.

Beyond the desire to maintain good relations with both sides is a deeper structural logic which explains China’s approach to the region. American military preponderance in the Gulf is unquestioned, but its will to maintain a leadership role in the region is not. A fear of abandonment is a feature of asymmetrical alliances, and GCC states have long worried that Washington’s commitment to the region could wane. This motivates GCC leaders to pursue stronger ties to other external powers as a hedging strategy. As long as the US continues to guarantee GCC security, China can continue to increase its regional presence without paying the substantial military costs of protecting its citizens and assets. It too is hedging in the Gulf, developing good relations with all states, a delicate balance in a region ripe with competition.

In short, the Trump administration has very publicly managed its response to the Qatar crisis poorly, and as a consequence appears less reliable. China, on the other hand, has quietly avoided taking sides, offered mediation, and continued to expand its interests. As the BRI drives it deeper into the Gulf, it is easy to imagine China exerting greater regional influence.

Jonathan Fulton (@jonathandfulton) is an Assistant Professor of Political Science at Zayed University in Abu Dhabi, United Arab Emirates. He is the author of China’s Relations with the Gulf Monarchies and co-editor of External Powers and the Gulf Monarchies, both forthcoming from Routledge. Image credit: CC by Joseph Bautista/Flickr.

How big is China’s Belt and Road Initiative?
What is Duterte building in the Philippines?