France and Australia: a new strategic partnership in the Asia-Pacific?

Home /Asia/Oceania/Australia/France and Australia: a new strategic partnership in the Asia-Pacific? 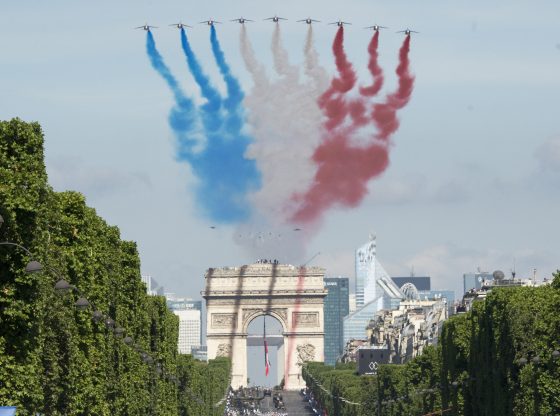 France is casting a fresh strategic eye over the globe, including a focus on our own Indo-Pacific region, but always with a Pacific priority. A strengthened relationship with Australia, especially in South Pacific cooperation, is a key element of this approach. But questions remain as to the value Australia will derive from our new ‘strategic partner’ and boat builder.

Canberra’s announcement of French state-owned firm DCNS for Australia’s biggest ever defence contract, the $A53 billion construction of 12 Shortfin Barracuda submarines, was accompanied by much talk of a new strategic partnership with Australia. But a realist would see the then French defence minister’s promise of a new partnership as simply part of the commercial process. As might be expected, French coverage emphasised the project’s creation of 4,000 jobs in France, and over $8 billion euros of French purchases, relative to 2,800 new jobs in Australia.

So far indicators of French President Emmanuel Macron’s actual approach are few. He has commissioned a new Defence White Paper by the end of 2017, which will presumably elaborate on the relationship and strategic context. His March 2017 campaign speech on defence, the then Armed Forces Minister Sylvie Goulard’s address at the June Shangri-La dialogue, and a statement by current Minister Florence Parly to the French Senate in July 2017, all provide pointers.

All three are heavily Europe-focused, though Macron referred specifically to “pursuing the strategic partnership with Australia” (and India) in the Asia-Pacific. Goulard referred to the Indian and Pacific oceans, highlighting threats by North Korea and in the South China Sea. Meanwhile Parly referred to China’s activity in that sea, re-stating the French policy of not taking any side on legal issues. She emphasised France’s respect for UN Law of the Sea freedom of navigation principles and exercising such freedom in its vessels’ transiting the area, as the Jeanne d’Arc naval group did in May.

Bilaterally, France was the first to acknowledge a strategic relationship. Both countries released white papers in 2013, but only France noted the importance of its Pacific partnership with Australia. This despite a joint statement of strategic partnership agreed in 2012, expanded in an ‘enhanced’ statement in 2017 after Australia’s 2016 white paper finally included it.

A string of broad policy papers show a progression in France’s strategic thinking. The 2009 National Strategy for the Sea and the Oceans acknowledged its desire to “return to its historic maritime role”, focusing on resource assets and protection. By 2013 such papers identified key partnerships with India and Australia. In December 2016, as the historic submarine contract was announced, the French Senate report Australia: the role of France in the New World again referred to the “Indo-Pacific” but with a clear priority for the Pacific, enumerating practical South Pacific collaboration.

In the South Pacific, France’s strategic outlook as a player entitled to pursue interests based on its territorial sovereignty has solidified. In the early 2000s, French officials would say that their country had no strategic designs whatever there, apart from the accident of its citizens being present. Today its leadership and policy literature have moved to overtly acknowledging strategic interests deriving from its territories.

These interests include maintaining a global presence in ‘the three oceans’ underpinning its UN, EU and NATO leadership, and as a US ally. This presence backs up France’s claim as the world’s second maritime power in the South Pacific (after the US and before Australia) given its extensive Exclusive Economic Zones: 7.3 million of France’s 11.6 million hectares surrounds its Pacific territories. And it carries concomitant access to resources, support for space and technological expertise, and a place at the table in regional forums.

These interests are all primed by a belief that regional countries want France present as a western ally in uncertain times.

As I’ve previously outlined in a 2015 paper, One Among Many, this strategic outlook has developed against a context of increasing complexity and competition in the region. Adding to this complexity is the long-promised independence referendum in New Caledonia, which may re-define France’s sovereignty in the region, and which is due to be held by November 2018.

So much for statements of interest and context. What about action?

After finally ceasing controversial nuclear testing in the Pacific in 1996 and negotiating the series of accords stopping civil war in New Caledonia, France has sought to become more constructively engaged. For the most part, France’s Pacific activities hang heavily on Australian and New Zealand coattails.

From 1989 France has been a Pacific Islands Forum dialogue partner and, with Australian and New Zealand support, secured membership for New Caledonia and French Polynesia in 2016. Since 1992, it has participated in regional maritime surveillance, fisheries protection and emergency action under the FRANZ Arrangement with the two countries.

France and/or its territories are members of the Secretariat for the Pacific Community and the range of Council of Regional Organisations in the Pacific bodies. It participates, with the Australia, New Zealand and the US, in Quadrilateral Talks and defence ministers’ meetings, as well as conducting defence exercises with neighbouring countries, including its biennial Croix du Sud exercises.

Close South Pacific cooperation, especially in defence, is at the core of the Australia-France partnership and likely to remain so under Macron. So far, there has been an Asia-Pacific and Indo-Pacific focus articulated by the French leadership within an overall European priority. This suggests Australia could better leverage the strategic partnership promised with the conclusion of the submarine contract into greater practical regional contributions from France and Europe.

Denise Fisher is the author of France in the South Pacific: Power and Politics, is Visiting Fellow at the Australian National University’s Centre for European Studies. This article was first published on the Asia and Pacific Policy Society blog and can be found here.  Image credit: CC by Chairman of the Joint Chiefs of Staff/Flickr.

What is Duterte building in the Philippines?
Macron trip a chance for Australia and France to increase ties