What is Duterte building in the Philippines?

Home /Asia/South East Asia/Philippines/What is Duterte building in the Philippines? 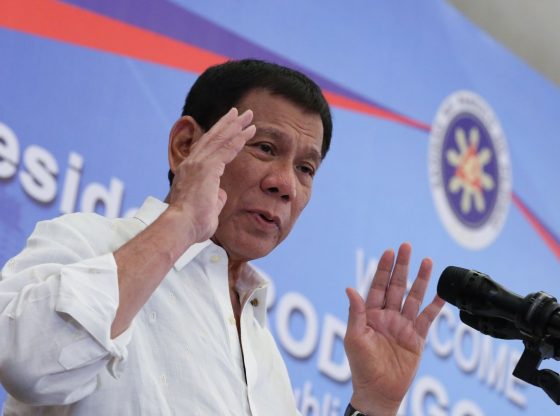 A beauty pageant contestant in the Philippines was in hot water during a Q&A recently after revealing that she was clueless about “Build Build Build,” President Rodrigo Duterte’s flagship economic programme. The government reacted in a manner that people from crisis management would rate with high marks. Representatives from tourism and public works departments met with the candidate to brief her and released photos of the contestant sitting in a briefing or reading a catalogue with a cover that reads: “Building the Present and Future.” Media outlets published these photos with headlines such as: “Now she knows.”

One would wonder, however, how much she and the rest of the Filipinos actually know about this programme.

“Build Build Build” is the mega-infrastructure programme of the current president, who has been quoted saying he only wants a comfortable life for the Filipino people. News reports usually describe it as the administration’s US$167 billion or Php8 trillion project to build roads, airports, bridges, railways, and bus transits across the Philippines to decongest the Manila gridlock and elevate substandard transportation systems in the Southeast Asian country. But the programme also includes flood control and water supply projects, an agro-industrial park, IT facilities, a Metro Manila subway, a real estate development, a housing project, and even a Php97 billion “Philippine Sports City.”

President Duterte is poised to leave Build Build Build as his legacy to the Philippines, in a way that the One Belt, One Road Initiative of President Xi Jinping is to China. In a similar manner to the Belt and Road Initiative, Build Build Build is also seen as an inter-connectivity project that will facilitate better movement across the archipelago. The government claims this is aligned with the Master Plan on ASEAN Connectivity. Indeed, it isn’t just in the Philippines that major urban and economic developments are happening, but in the region as well. By 2025, China and six of the world’s largest economies will be located in Asia, experts claim, showing how the centre of global political economy will increasingly move away from Western Europe and North America to the Asia-Pacific region.

If there is a statement to capture China’s role in Build Build Build, it would be from President Duterte himself, who emphasised how China is a “very important ingredient” in his flagship infrastructure programme: “More than anybody else at this time of our national life, I need China,” he said.

The Build Build Build programme sounds marvellous, until one asks: who will build all these projects; where will the funds come from; will Filipinos from every province benefit from this?

After President Duterte announced his enormous economic plan, international companies have expressed interest. Many of these companies are situated in three countries – to a history buff’s amusement – Spain, the United States and Japan, former colonisers of the Philippines.

In November 2017, 33 Spanish engineering companies with businesses in Africa and the Americas engaged the Philippine government and local conglomerates in multilateral talks. A local economist noted that Spain has one of the largest concentrations of engineering conglomerates in the world. Meanwhile, an American machinery company was bullish about its business in the Philippine construction industry, as it expected sales of industry equipment such as excavators to grow by 10 to 15 percent by 2022, with the boost from Build Build Build. The Japanese government and Japanese firms, on the other hand, have committed to help rehabilitate the Metro Rail Transit, among other development projects.

The British are coming, too. A British firm known for its global design engineering projects such as the Burj Al Arab and the Bahrain World Trade Centre, indicated that it will contribute to the Philippines’ development of infrastructure. Incidentally, a hotel and casino company has also commissioned the firm to shape the Philippines’ Clark Freeport Zone as a premier leisure destination in the country, complete with integrated resorts and facilities for entertainment, gaming, shopping and dining.

The Clark Freeport Zone used to be the “largest U.S. military base outside the U.S.” until Mount Pinatubo erupted in 1991, sending the U.S. forces away. After this the government turned Clark Air Base into a special economic zone. With Build Build Build, the air base will have its third face-lift: this time as a smart, resilient city dubbed rather uncreatively “New Clark City.”  To achieve this, Singapore – a champion in urban development – is also entering the picture with its largest engineering firm to work with government-owned corporations (including a Japanese one) on the 9,450-hectare city 100 km north of Manila.

Indian firms are also interested in ushering in the Philippines’ “golden age of infrastructure.” The question to the beauty queen candidate mentioned above came from a construction tycoon who has expressed interest in rehabilitating Manila’s major international airport, in partnership with “the largest private airport company in India.”

And then there’s China.

If there is a statement to capture China’s role in Build Build Build, it would be from President Duterte himself, who emphasised how China is a “very important ingredient” in his flagship infrastructure programme: “More than anybody else at this time of our national life, I need China,” he said.  The Philippines’ pivot to China has been a puzzle to some, and experts have warned of the “debt bondage” arising from billions of Chinese funding. President Duterte has lambasted the European Union, the United States, the United Nations, the International Criminal Court and other groups or individuals that embody the West or criticise his infamous war on drugs. Yet, he has continually courted China, despite recent geopolitical rows over disputed maritime territories.

One could read the new-found romance between the Philippines and China as a manifestation of shared values and shared determination to rise in the global stage, having been previously dominated by the West. Whereas the Western world’s values comprise individualism, liberalism, constitutionalism, the Rule of Law, democracy, free markets, and human rights, the “Third World” values sovereignty, self-determination, non-intervention, anti-imperialism, and anti-colonialism (though often these ideas overlap).

But no matter how many Asian values the Philippines shares with China, certain measures of caution should be in place, just as how experts, analysts and journalists are now keeping an eye on China’s bountiful investments all over the world.

For financial and business journalists in the Philippines, the challenge is to consistently and relentlessly report and investigate how the national government will handle not just the taxpayers’ money, but also the loans, grants and public-private-partnerships (PPPs) related to Build Build Build. The earmarked Php8 trillion investment is no small amount to be frittered away.

Aileen Macalintal was a visiting scholar at the UC Berkeley Graduate School of Journalism in Spring 2017 under the Erasmus Mundus MA in Journalism, Media and Globalisation. She was a faculty member at the Department of Humanities, University of the Philippines Los Baños. Find her on Twitter @aiscracker. Image credit: CC by Wikimedia Commons.

China’s approach to the Gulf Dispute
France and Australia: a new strategic partnership in the Asia-Pacific?