The U.S. military presence in the Middle East and Central Asia 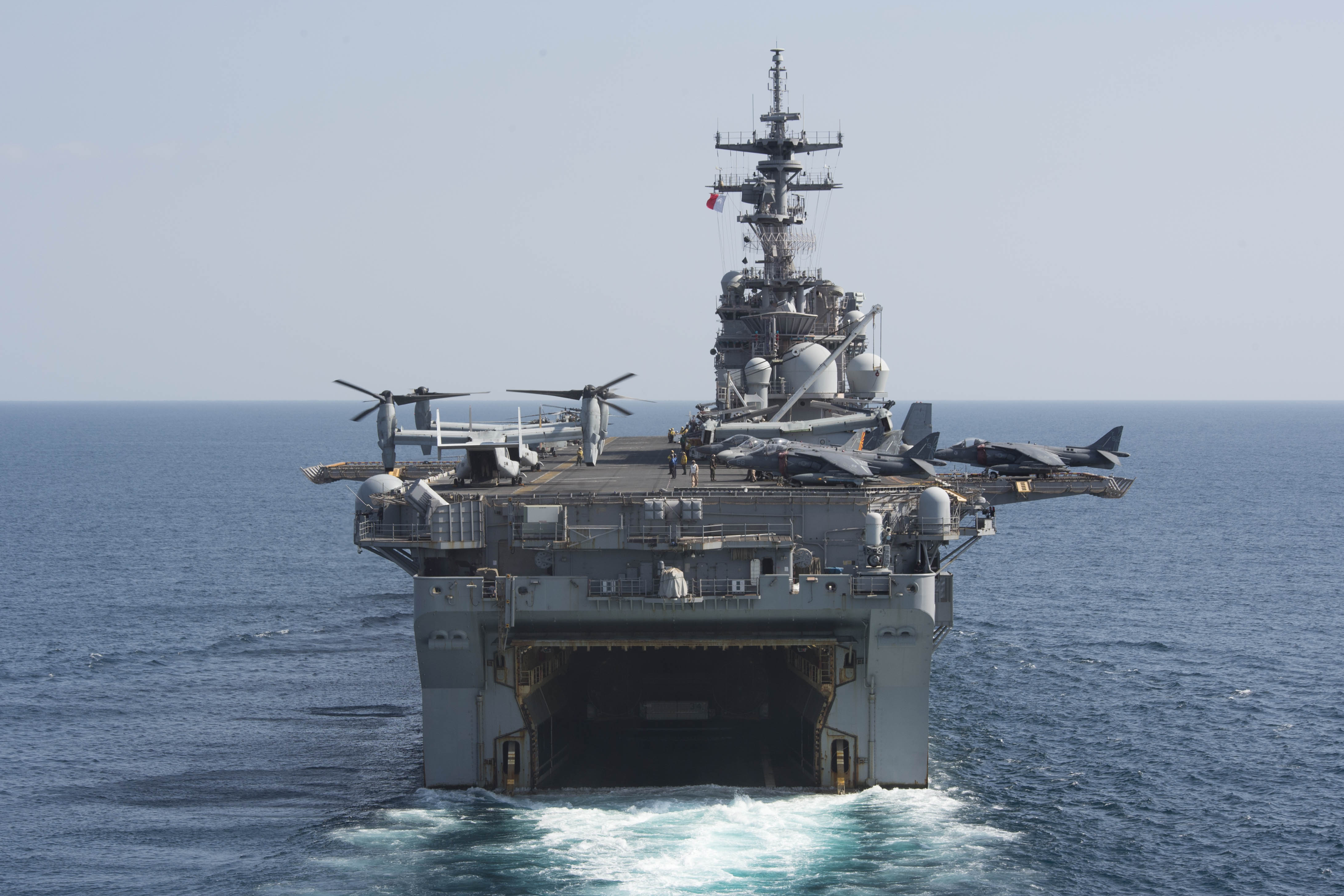 The purpose of this article is to describe the extensive military build-up of the United States in these regions during George W. Bush presidency and suggest the reasons for it. Since there were also U.S. bases in the two Caucasian states of Azerbaijan and Georgia, they are included here as well. The countries of these strategically important regions are not only significant for their vast oil and gas reserves but also, they are seen as actual markets for American goods and services. Moreover, security issue seems to be important as well.

In a strategy statement for Central Asia, Daniel Fried, Assistant Secretary for Eurasian Affairs, stated before the Subcommittee on Middle East and Central Asia of the House International Relation Committee on October 27, 2005 that the United States of America pursues three sets of strategic interests in Central Asia; “Security; Energy and regional economic cooperation; and Freedom through reform.” He further stated that the three sets of strategic interests are pursued “in tandem, because failure in one area will undermine the chance of success in another.” Particularly after September 11, 2001 the United States undertook “an ambitious forward strategy in Central Asia” and all five nations of the region Kazakhstan, Kyrgyzstan, Tajikistan, Turkmenistan and Uzbekistan provided support to Operation Enduring Freedom in various forms including; bases, over flight rights and refueling facilities. These co-operations were further strengthened by participation of these countries in military training and exercises through NATO’s Participation for Peace Programme.

In energy and economic co-operation, which is one of the three sets of American interests, efforts were made to open this region to global access and vice versa by investment, building roads and bridges “essential for revitalizing regional and global trade” and the governments of the region were encouraged “to create welcoming environments for foreign trade and investment.”

Central Asia with its huge reserves of oil, gas and minerals as well as its strategic position was already a key arena of sharp rivalry between U.S.A., Russia, Europe, Japan and China. All these major powers along with transnational corporations had been seeking alliances, concessions and pipeline routes in the Central Asian republics. In particular the size of the Chinese economy was more than doubled in 1990s and was expected to at least double again by 2010, resulting in growing oil imports from 20 to 40% by then.

China had an increasingly important position in this region if not in military terms, in which Russia still dominated, but in the financial realm. China’s important investments in this region had great impacts on regional infrastructure which were fundamental for the economic development of Central Asia. These investments were not only limited to the oil and gas sector, but general trade had also increased. In the transport sector, which Russia traditionally controlled, China was a heavy investor as well. Although there was competition in the oil and gas sectors but in the ordinary economy Chinese merchandise dominated. In military area, which was the monopoly of Russia, China was also making its way in Central Asia.

Japan and South Korea were also interested in oil and gas pipelines to diversify the present vulnerable sea routes from the Middle East and to develop secure continental access to the Middle East and Central Asian oil and gas reserves. Moreover, Japanese corporations and banks were also attracted by the prospect of super profits from exploitation of the region’s resources as much as major US and European transnationals were. The U.S. wanted to gain commercial advantages over Japan, South Korea and Europe, as well. Although they are under the same umbrella of interests and general aims but they do not have identical goals and priorities, particularly regarding commercial rivalry.

Limiting Russian and Iranian influence in the region was another important consideration. Obviously, Russia continued to be the most important among the regional powers. Russia had restructured Commonwealth of Independent States (CIS) to tighten co-operation and improved economic and political links to China and Iran, because American and European activities in Central Asia Were (and still are) seen as a treat close to its own southern borders. China’s rapprochement with Russia enhanced their overlapping interests in the region and they were co-operating in the Shanghai Five group of nations along with Kazakhstan, Kyrgyzstan and Tajikistan. But more than economic considerations were at work, because both Russia and China were bitterly opposed to the development of an American missile defence system in Europe which would nullify their nuclear deterrence against US aggression. Consequently, the two states were seeking closer relations with other key regional players such as Iran to counter US influence in Central Asia.

Iran had also made initiatives towards the states of Central Asia by offering them free passage through its own territory, but it lacked the capital to finance the region’s needs, and thus sought a big partner like Russia, China or India in the region. Therefore, possibility of Iranian alliance with them altogether or on one-to-one basis was of grave concern to the United States. Another concern was the Iranian support for Islamist activists in the region. Thus, one of the most important US policies was to contain Iran and block its power in Central Asia.

The US was not only quick to recognize the newly independent republics of Central Asia after the collapse of the USSR in 1991, and to establish different kinds of link with them, but also it started building up its military bases there, in addition to already existing bases in the Middle East after the USSR invaded Afghanistan and particularly after Iraq invaded Kuwait in 1990. The US military build-up was further expanded in the Middle East and especially Central Asia after September 11, 2001 terrorist attack, and the invasion of Afghanistan in 2001 and Iraq in 2003. There were then US military bases in Afghanistan, Azerbaijan, Bahrain, Georgia, Iraq, Kuwait, Kyrgyzstan, Oman, Pakistan, Qatar, Saudi Arabia, United Arab Emirates, Uzbekistan and Yemen, and agreements had been made with Kazakhstan and Tajikistan to use airfields for military operations which might later develop into US bases. Even neutral Turkmenistan had granted permission for military over flights. Moreover, all the states of Central Asia and Caucasia had joined NATO’s Partnership for Peace Programme on individual and collective basis.

In addition to the existing bases the US was also setting up nine new bases in Afghanistan in provinces of Helmand, Heart, Nimrouz, Balkh, Khost and Paktia. Indeed, all these bases were at the crossroads of three major areas: Middle East, Central and South Asia, which were not only rich in oil, gas and other minerals but also at the meeting points of three growing powers- China, India and Russia. Thus, Central Asia, Caucasia, all of Iran, the Persian Gulf, the Strait of Hormuz and northern Arabia up to Yemen’s Socotra Island came under operational scope of the US Air Force, which not only provided the US with commanding position regarding India and western China but also a higher position in its rivalry with Russia, China, European states and Japan in these regions.

It is clear that such an extensive presence had different reasons in addition to the existence of huge oil and gas reserves in the Middle East, Central Asia and Caspian Sea regions. The states of these regions were developing and underdeveloped which were actual markets for American goods and services and thus to be open to the US access. Moreover, in the era of globalization, which demands free and fluent flow of capital anywhere in the world where there are ample cheap labour and raw materials, these areas were most appealing and therefore rivalry with China and Russia apart from rivalry with other western industrial countries and Japan on these issues were important factors for the US extensive presence in these areas. Of course, another important matter was the containment of Iran which is the only country opposing American influence and interests in these regions.