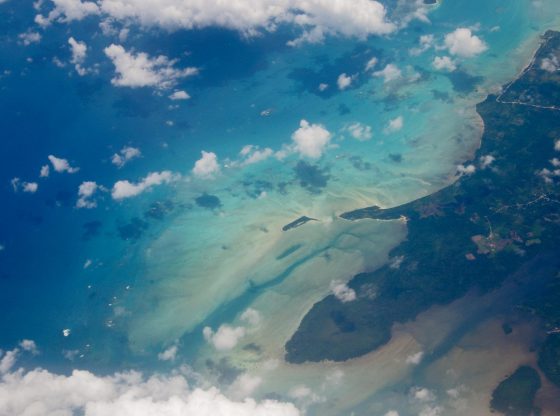 As Malaysians prepare to vote in the general elections on 9 May 2018, how the rival coalition parties, Barisan Nasional (BN) and Pakatan Harapan (PH) respectively, address domestic issues will be the key determinants in deciding which coalition will form the new federal government.

While BN is expected to retain its control of the country as predicted; the PH coalition is banking on public resentment about several government scandals such as the 1MDB investigations. PH will also try to cash in on the fact that two political powerhouses are leading the coalition, the venerated former Prime Minister of Malaysia as well as ex-BN leader, Tun Dr Mahathir Mohamad, and his one-time political opponent now turned ally, Datuk Seri Anwar Ibrahim. Depending on which party is successfully voted into office, the impact on regional geopolitics could be felt most acutely in the South China Sea (SCS) dispute by altering the dynamics of Malaysia-China relations in addressing their overlapping maritime claims.

It is unlikely a simple change of government will have a negative effect on Malaysia-China relations. Rather, a hardening in China’s attitude could occur as a PH lead government reviews the mega-project investments elaborated earlier – a key manifesto pledge.

According to their respective manifestos, both parties have pledged to defend the country’s sovereign borders and working with regional partners to achieve this goal peacefully.  While not explicitly implied, Malaysia’s maritime disputes in the SCS especially with an increasingly dominant China cannot be ignored. This article will explore the implications of either a BN or PH victory on the next phase of this dispute and anticipate China’s reaction to the aftermath of the elections in the SCS.

Generally, Malaysia has preferred to rely on diplomacy and consensus that avoids embarrassing other states in addressing its maritime disputes in the SCS. The ground work for this modus operandi was developed during Tun Mahathir’s tenure as Prime Minister. After securing Malaysia’s claim on three Spratly islands through military occupation, Mahathir’s administration focused greater diplomatic efforts to get all disputing parties including China to consult with each other; using the Association of Southeast Asian Nations (ASEAN) as a main platform for these discussions. A key milestone during this period was Malaysia’s success to get all disputing parties to support a ‘Declaration on the Conduct of Parties in the South China Sea’ (DOC) proposal.  It was also under Mahathir’s leadership that Malaysia opened up its economy to Chinese investment paving the way for a strong economic relationship. After Mahathir’s retirement in 2003, these policies were adapted with little innovation by his successors including the current Prime Minister, Dato’ Sri Haji Mohammad Najib.

Despite this preference for diplomacy as a conflict resolution tool, Kuala Lumpur has offered no compromises on its claims in the SCS dispute, demonstrated by a rare public protest about China’s intrusion in 2016. Currently, Malaysia is also in the process of acquiring new naval assets such as patrol aircraft and boats to improve its deterrent capability in the SCS.

Little is expected to change in the country’s approach to the SCS dispute should BN successfully retain its parliamentary majority.  China is now the county’s biggest trade partner and investor in several mega infrastructure projects, the new government is likely to maintain positive relations. Furthermore, with China finally agreeing to finalise the framework for a code of conduct agreement in the SCS; Wisma Putra (the Ministry of Foreign Affairs) would push even harder on the diplomatic front.

China for its part has attached strategic interests to the investment of these mega projects as they are part of the Belt and Road chain of investments that would improve trade connectivity between China with both the Eurasian and African continent.  Against such a familiar backdrop and increasingly strong strategic interests in Malaysia, it is therefore unlikely China would take more provocative actions than it already has.

China’s stance in the SCS could dramatically change in the event of a PH victory as an unrelated consequence of policymaking rather than a deliberate new foreign policy initiative. Should PH win, it is unlikely that the new government having limited experience in managing the country at the federal level especially in terms of foreign policy will offer significant policy changes. Rather, with veteran leader Mahathir and other former BN members such as former deputy minister Tan Sri Muhyiddin Yassin who once played active roles in maintaining Malaysia’s diplomatic stance in the SCS dispute, their experience would surely be tapped into for guidance.

Neither is it expected that the political views of the PH coalition concerning the SCS dispute are any different from a BN lead government.  As a direct result of the “Superman scandal” in 2016, opposition parties that would form component parts of the PH coalition such as the Democratic Action Party (DAP) had to come to terms with Malaysia’s diplomatic efforts in the SCS and confirm their support to the country’s consultative practices especially through the ASEAN platform.

As a result, it is unlikely a simple change of government will have a negative effect on Malaysia-China relations. Rather, a hardening in China’s attitude could occur as a PH lead government reviews the mega-project investments elaborated earlier – a key manifesto pledge.  The plans have come under heavy criticism by PH who views them as stripping away the country’s economic sovereignty to China while offering little in return.

How PH attempts to review these projects without embarrassing China could influence Beijing’s next course of action. Should China wish to apply pressure and demonstrate its displeasure, it is unlikely that it would immediately harm its own economic interests as Malaysia’s main trading partner by taking punitive economic actions. Instead, Beijing may decide to take assertive actions in the waters claimed by Malaysia to give a potent symbolic warning that the special relationship the two countries share could be at an end.

The SCS option would further be a realistic option for Beijing to consider as Mahathir has also promised to restart negotiations in the South China Sea in an effort to ensure Malaysia’s ‘rights and access to the islands it claims’. It is unlikely that Malaysia will enter these negotiations from a position of strength as Mahathir himself has publicly admitted that there is little Malaysia can do should China decide to seize the islands for themselves thus creating a perception of vulnerability in such an event.

It is against this backdrop that on 9 May 2018, Malaysians will decide the next ruling party. Both candidates and voters should be aware that even positive change carries its own risks to incur negative consequences down the road if not managed carefully.

“Trade War” in the Offing?
China-U.S. turmoil: Bigger than Trump, more than a trade dispute