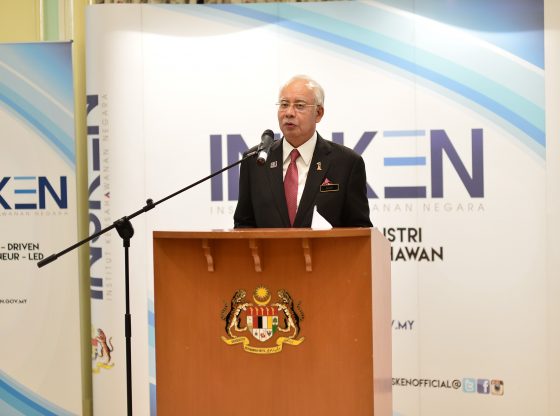 May 9th will see millions of Malaysians expressing their democratic right to elect a new government. While this process may seem atypical, for most, this is a day long awaited since 2013 where the last general election saw the Pakatan Rakyat (Peoples Pact) win the popular vote by 51 percent but lose the election.  The opposition has been led by the de facto opposition leader Anwar Ibrahim who was wrongfully imprisoned on a sodomy charge. While Anwar is not physically present at public lectures this year, his vociferous call of “Re-for-ma-si” since 1998 is still a lingering tune of the danse macabre for the racist, corrupt, and archaic United Malays National Organisation.

A socio-political insight will reveal the postcolonial mess of the British Empire, among many; the obsession with race.  Ethnic pluralism began to be apparent when the British acquired and dominated the Malay states, and promoted massive immigration of Chinese and Indians into Malaya to exploit the tin fields, and cultivate the rubber estates. The pluralism “of the population and the dualism of the economy fell neatly within ethnic demarcations” reaffirming the colonial divide-and-conquer strategy.

While the population increased with large scale immigration, it destabilised the ethnic Malay population causing panic among some radical Malay leaders. This phobia of losing control created the perfect justification for the subjugation of non hegemonic communities by the elite group.

For over sixty years, the UMNO-led Barisan Nasional (BN) ruled through various means of dominance including weeding out liberal thinkers by extending the “Internal Security Act 1960” and other unjust Acts suppressing political dissent and freedom of speech. UMNO was portrayed as the purveyor of Malay supremacy and privileges over the decades, and it is this regressive idea and the policies which followed, that drove the other ethnic minority groups into subordinated positions.

Mahathir’s joining of the opposition fold signified the vast dissatisfaction towards the kleptocratic Najib.

Malaysia is a racist country. This is true whether in politics, business or in social interactions, including sexual and romantic desirability, Malaysians are very conscious of their skin colour, a situation which is reinforced by government policies. Ethnic differentiation is rife within the national school system. The insidious reality of racialised and Islamised education has become more apparent than ever today despite the absence of concrete biological or genetic evidence.

The cultural and constitutional definition of ‘the Malay’, race is used as a political tool.  By co-opting the Malaysian Chinese Association and Malaysian Indian Congress, BN  ensured a continued peace between the ‘races’. It made racial integration a government promoted strategy, and kept UMNO as its master.  While this worked in the 1950’s, Barisan has been losing its appeal among young Malaysians who see the class struggle, corruption, and the high cost of living taking precedence over race.  Today, twenty years after the infamous black-eye incident, the eye logo of Pakatan is accepted as a symbol of hope and change by all the Pakatan Harapan (PH) coalition groups.

Malaysia is now witnessing a rise in civil disobedience and increasing public interest on matters concerning our governance. Bersih’s work in uncovering numerous electoral offences rallied Malaysians to fight for a fairer election. Aided by the coverage on social media and alternative news outlets, the BN suffered losses in the 2008 elections. The end of the monopoly of government controlled news reporting enabled Generation Y voters to make informed decisions.

Mahathir’s joining of the opposition fold signified the vast dissatisfaction towards the kleptocratic Najib. The 1MDB scandal and mysterious high profile murders shook the nation, while UMNO’s flawed definitions of democracy and human rights, led the Barisan law makers into a vortex of authoritarianism. The anti-fake news bill, passed strategically before the dissolution of Parliament, and the Election Commission’s collusion with interested parties have raised serious questions about integrity. Gerrymandering borders and moving opposition Chinese voters to Malay BN constituencies is widely seen as “stealing an election”, another desperate attempt by Najib.

Tariq Ismail, the grandson of former deputy PM Tun Dr Ismail, offered some thoughts for young Malaysians who are re-evaluating racial politics. He did not deny that there were concerns about Mahathir’s past errors, and PPBM’s racist structure. However, he argued that “the Malays need emancipation”, and PPBM aims to give that emancipation to the Malay mind. With Mahathir leading this reformation, hopes of a break from the hierarchies inherited from the colonial period are rife. Malaysia cannot progress into a developed nation, until and unless it revises its policies and grants equal rights and opportunities to all its citizens.

With only hours to polling day, thousands are emerging from their concrete barriers in towns and villages to join the chorus of the Danse Macabre. Could this be the end of institutional racism?

U.S.–China trade: Jockeying for influence
Trade war, ‘Made in China’ and the battle for supremacy