Trade war, ‘Made in China’ and the battle for supremacy

Home /China, China-US, Economy/Trade war, ‘Made in China’ and the battle for supremacy 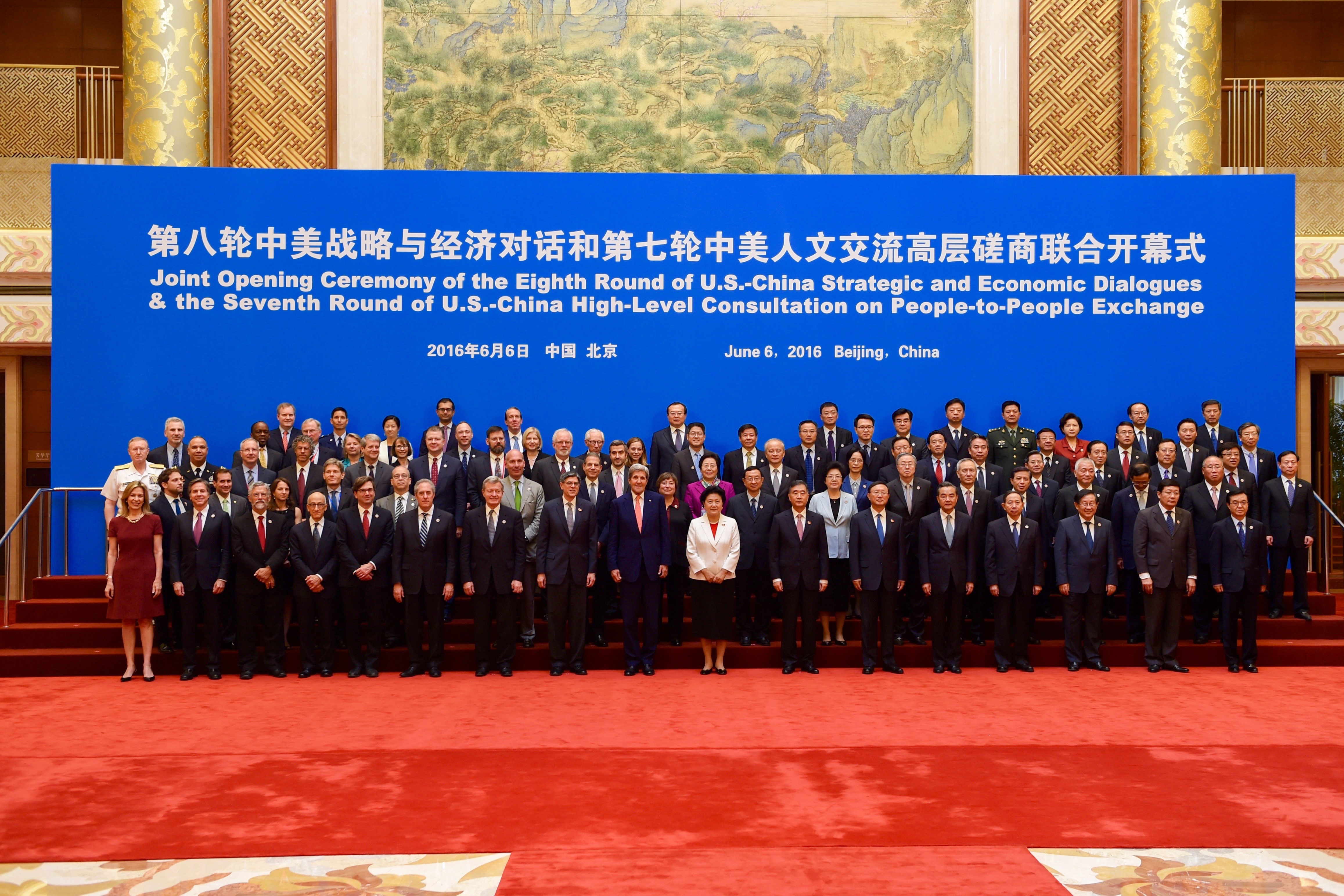 Despite the Chinese government repeatedly commenting that they do not want a trade war with the US, the situation seems to be escalating. In response to President Trump’s proposed $50 billion tariff on some Chinese products, China announced retaliatory measures on a range of American products including airplanes, cars and some American agriculture products. The 25% tariff on soybean in particular, was considered to strike at the American rural heartland. Soybean is one of the biggest American exports to China, worth about $14 billion a year alone.

It could be considered as a strong message from the Chinese government they are not afraid of a trade war, but also designed to put pressure on Trump domestically to back away from a full blown trade war. American farming communities are one of the president’s strongest supporting bases. However, Trump reacted in his typically belligerent manner on twitter threatening new tariffs up to $100 billion. The Chinese government in return, responded by stating “we will immediately fight back with a major response,” and “we won’t start a [trade] war, but if someone does, we will definitely fight back”.

Both sides are locked in a war of words, threatening punitive tariffs. There are no clear signs to suggest common ground could be established anytime soon. A lot of these measures have yet to be implemented and behind the doors negotiations have been in progress for some time. Recently, a delegation led by the U.S. Treasury Secretary Steven Mnuchin arrived at Beijing to discuss the trade issues with his Chinese counterpart Vice Premier Liu He. However, most analysts are cautious when discussing the possibility of reaching a quick resolution.

The stakes are certainly very high on both sides and a trade war does not make any economic sense. China surpassed Canada as the biggest U.S. trading partner in 2015 and the country is the third largest export destination for American products. The bilateral trade in terms of goods and services was worth about $711 billion in 2017. If a full blown trade war actually happens, the damage to both economies and threats to jobs will be severe.

In the short term, this trade dispute could potentially present opportunities to other trading nations. The biggest American exports to China are agricultural products, with additional high tariffs China will need to source some of these imports from other countries. Soybeans for example, Brazil sells about 75% of its export to China and the price has already increased since the trade dispute started. Other soybean growers such as Canada, Argentina and India are also set to benefit, amid the sharp decline of imports from the U.S.  A host of other nations such as Australia and post-Brexit UK will expect to sell more of its beef and other poultry products to China. The UK in particular will be keen to explore new market opportunities for its farming communities in Wales and Yorkshire regions to offset the potential loss caused by stricter market access to the EU after Brexit.

However, there is no doubt this potential trade war will have far reaching global consequences beyond these two countries’ borders. The managing director of the IMF Christine Lagarde has warned the rules that underpinned global trade were in danger of being torn apart and the gathering threat of a trade war could wreck the global economy. Why is Donald Trump threatening a trade war that could potentially cause unimaginable damage to the global economic system?

On the surface, what has triggered this trade dispute is the so called Section 301 investigation conducted by the US Trade Representative under President Trump’s orders. The alleged theft of American intellectual properties and forced technology transfers are the main justifications of imposing extra tariffs at the very beginning. However, China has already promised better protection of intellectual properties and the end of mandatory technology transfers in joint ventures.  As reported in a recent Council on Foreign Relations article, the current dispute is much more than trade, a Chinese government initiative was referenced 116 times in the US Trade Representative’s original report. The ‘Made in China 2025’ strategy was first announced by the Chinese government in 2015 to upgrade its manufacturing capabilities in prioritised sectors to match advanced economies and potentially become industry leaders. Already considered as global leaders in high speed rail, renewable energy, commercial drones, e-commence, mobile payment, industrial robotics and patent fillings, it seems the U.S. is starting to treat China as a economic rival and consider it as a threat to its global leadership in terms of technology and innovation.

The current trade dispute also reflects a bigger pattern that the U.S. is starting to re-evaluate its relationship with China. It all started with the Obama administration and the ‘Pivot to Asia’ strategy championed by the then US Secretary of State – Hilary Clinton. The U.S. has considered the growing influence of China in Asia as a threat to its national interests and it seems that the current administration also subscribes to the rhetoric of ‘Threat of China’ as a national security issue. Amid heightened tensions of the prospects of a trade war, the US carrier group USS Theodore Roosevelt sailed through contested waters in South China Sea. China responded with a show of strength in the form of the biggest military drills in its naval history.

American concerns about China as a growing threat could be misinformed. Despite growing into the world’s second biggest economy within the last 40 years, China’s military is no match to the American might. The country still has at least 30.4 million citizens living under the poverty lines. Its income disparity is amongst the world’s worst, and some economists have suggested the inequality issue is starting to hit the Gini coefficient red lines which could cause social instability problems.

Decades of ‘One Child Policy’ has also created a massive gender imbalance, there are at least 30 million more men than women in China. On top of that, the country is also facing a rapidly aging population, some have argued that it could grow old before it gets rich. It also faces terrorist threats from its western provinces and calls for independence from its Hong Kong Special Administrative Region. All these issues will lead China to be more domestically focused, it routinely spends more on internal stability than the military budgets. Unlike the U.S., China also faces challenging security issues on its doorsteps, at least 3 of its neighbours are nuclear powers – Russia, India and Pakistan. The terrorism situations in Afghanistan and west Asian countries, and strong military powers nearby:f Japan and South Korea, both host American bases.

Perhaps, the recent easing of tensions in the Korean Peninsula, could give hope that both countries can work together to solve bigger issues on the world stage. The current trade dispute could certainly be resolved if there is genuine political will on both sides. After all, China believes in free trade too. Globalisation and free trade have benefited millions of its citizens. And a multipolar world that allows countries such as China, India and Brazil to take a bigger role in regional affairs could ensure stability and prosperity for decades to come.