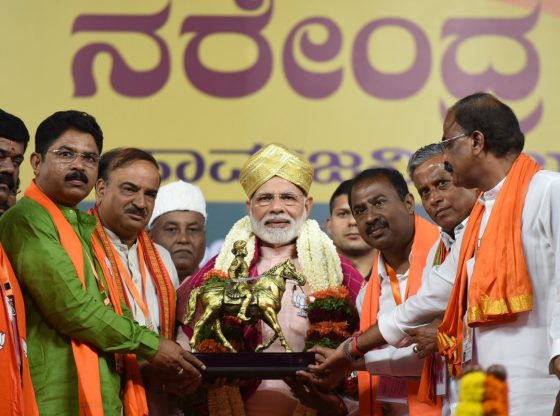 On May 12th, the state of Karnataka will go to the polls for an election that has significant implications for the whole country. This piece is intended to serve as a primer to the upcoming state elections and will analyze implications of potential results for the Indian National Congress and the Bharatiya Janata Party (BJP).

The Karnataka electoral landscape is unique and intriguing. It is the only state in the south where the incumbent Congress and BJP (both national level parties) have a significant presence. The other party in serious contention is the Janata Dal Secular (JDS), a regional player which has seen its share of electoral success in the state in the past. Karnataka is the only southern state where the BJP has tasted electoral success – forming the government in 2008 – a feat which was until then thought to be impossible.

Two trends in Karnataka politics will also be tested on May 12th. The first is the anti-incumbency factor. Since 1985, the state has not voted a government back to power for two consecutive terms. The second is that since the 1999 state elections, the state has voted into power a party which is not in power at the Centre. For example, in 2013, the Congress came to power in the state while the BJP formed the government at the Centre in 2014. This has led to varying degrees of friction and opportunism in the past. For example, Prime Minister Manmohan Singh of the Congress, declined an appeal to grant religious minority status for Lingayats in Karnataka in 2013. However, the Congress government in the state recently granted minority status to the group which has been heavily criticized by the BJP as being opportunistic and divisive.

If the election turns out as polls suggest, one of these trends will cease to hold true after May 12th.

As of now, the outcome of the elections is difficult to predict with numerous options. The first option is that any of the three parties could win a majority of the 224 seats which are being contested and be invited to form the government. However, this seems unlikely now, despite all three parties claiming that they will win when the results are announced on May 15th. Other than the C fore survey which predicts an outright win for the Congress, most polls have predicted a hung-assembly with the Congress as the party which will win the most seats. This would necessitate a coalition government to be formed. Should the Congress come close (100+) to reaching the 112 seats needed to form the government, it will most likely be able to do so with the help of a few smaller parties and independents.  However, if both the BJP and the Congress fall well short of the 112 mark, they will need support from the JDS to form the government. The JDS which is not predicted to win nearly as many seats as the Congress or BJP would then play the role of Kingmaker.

For the BJP, forming the government (independently or in coalition) in Karnataka will demonstrate that the party is increasing its appeal in the southern states and provide an impetus to further expansion.

While the consensus is that, in this situation, the JDS will support the BJP, it has reasons to be nervous about forming a coalition with either party. The party has a troubled history with Karnataka Congress head and Chief Minister Siddaramiah who used to be in the JDS (until a power struggle for the party’s top position forced him out of the party and into the Congress where he rapidly scaled the ranks). The power struggle was won by HD Kumarswamy, the son of the party chief HD Deve Gowda, the former Indian Prime Minister. Earlier this year it looked like the two were coming together but the continued jibes on the campaign trail have signalled a decline in the relationship. However, Kumarswamy has also experienced bad blood with the BJP during their ill-fated coalition between 2004 and 2008 (the failed coalition resulted in early elections and hurt the party’s image).

Fueled by this deep animosity with Siddaramiah, and tempted by the potential of a deputy chief minister post and a possible cabinet position in Prime Minister Modi’s cabinet, it is likely that the JDS will support the BJP if the seats both parties win tops 112.

Implications of the result:

The stakes are high for both parties. Karnataka is one of the last bastions (other than Punjab) of the Congress party after a string of losses in state elections around the country following its disastrous 2014 general election defeat. Should the party win, it will provide a huge morale boost going into the 2019 election season. Additionally, following the advances made in the Gujarat state elections, a victory here will be much needed for Rahul Gandhi as he looks to solidify his position as Congress president. A loss here (defined as if they do not form the government) will force the Congress into deep introspection for the next year. With a wave of anti-BJP sentiments and the potential of an anti-Modi alliance, the Congress would find a smaller place at the table despite being a large national level party.

For the BJP, forming the government (independently or in coalition) in Karnataka will demonstrate that the party is increasing its appeal in the southern states and provide an impetus to further expansion. This will be essential to prove following the withdrawal of support by the Andhra Pradesh Chief Minister Chandrababu Naidu’s Telegu Desam Party from the Central NDA coalition. Additionally, with a loss in recent Lok Sabha by-poll elections in Uttar Pradesh and Bihar, the party will be keen to get back on the winning streak and build momentum going into 2019.

A loss will help other parties build the electoral narrative that “acche din” has not arrived. Additionally, it will be another hit to Modi and Amit Shah who are witnessing frayed relationships with partners in Andhra Pradesh, Maharashtra and Kashmir, in addition to a resurgence in UP from the SP and BSP. All this comes at a time of large unemployment in the country, increased violence against minorities and women, and the sentiment that Modi’s silence is a sign of his subtle endorsement of these. These could prove to be a hurdle for Modi to return as the country’s prime minister in 2019.

Irrespective of the result, it will have broader implications for the whole country in 2019 and after. All eyes will be on Karnataka.

M. Sudhir Selvaraj is a PhD candidate at the King’s India Institute in King’s College London where his research focuses on violence against minorities in Karnataka. He is currently on his doctoral fieldwork in the state. He tweets @sudhirselvaraj. Image Credit: by Narendra Modi/Twitter.